Boris Johnson’s brother Jo Johnson has resigned from Theresa May’s government, insisting that the public should have a final say vote on the actual deal the government is cobbling together as Britain was “on the brink of the greatest crisis” since World War Two and what is actually on offer isn’t “anything like what was promised”. […] 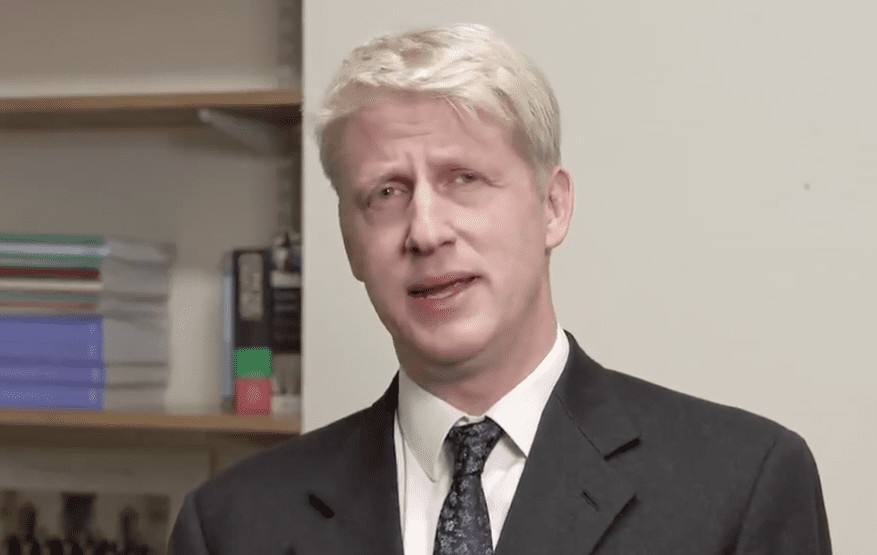 Boris Johnson’s brother Jo Johnson has resigned from Theresa May’s government, insisting that the public should have a final say vote on the actual deal the government is cobbling together as Britain was “on the brink of the greatest crisis” since World War Two and what is actually on offer isn’t “anything like what was promised”.

Quitting as Transport Minister he warned that his government’s course on Brexit would leave the UK “economically weakened with no say in the EU rules it must follow,” with the only other option a “no-deal Brexit” which would “inflict untold damage on our nation”.

“I think it is imperative that we now go back to the people and check that they are content to proceed on this extraordinary basis,” he explained.

“We are barrelling towards an incoherent Brexit that is going to leave us trapped in a subordinate relationship to the EU, with no say over the rules that will govern huge swathes of our economy.

“This is completely unacceptable and unsustainable for a proud democracy such as ours,” explained the Conservative MP for Orpington in Kent.

“In fact so great is the gulf now between what was promised in the referendum campaign and what is now on offer in the Prime Minister’s proposed deal that I have had no choice but to submit my resignation to the Prime Minister this afternoon.

“I think it is imperative that we now go back to the people and check that they are content to proceed on this extraordinary basis.

“We will be – instead of in Europe but not run by Europe, we will be out of Europe and yet wholly subject to European rules.”

His brother Boris Johnson whose promises in the Brexit campaign Jo may well have been referring to, praised Jo’s resignation, saying they were “united in dismay” at the PM’s handling of the negotiations.

But while Jo Johnson called Theresa May’s Brexit strategy “a failure of British statecraft unseen since the Suez crisis” and being bound by EU rules with no say a “never-ending purgatory,” he mocked his brother’s suggestion that a no deal Brexit would be a realistic option, adding: “inflicting such serious economic and political harm on the country will leave an indelible impression of incompetence in the minds of the public”.

A Downing Street spokesman insisted: “The referendum in 2016 was the biggest democratic exercise in this country’s history. We will not under any circumstances have a second referendum.

“The prime minister thanks Jo Johnson for his work in government.”

Johnson is the sixth minister to resign over Brexit in Theresa May’s cabinet, following in the footsteps of his brother Boris, David Davis, Boris Johnson, Philip Lee, Steve Baker and Guto Bebb.

Labour Shadow Brexit Minister Jenny Chapman said that Theresa May had “lost all authority and is incapable of negotiating a Brexit deal within her own party, let alone with the EU”.