The couple also announced they have got engaged. 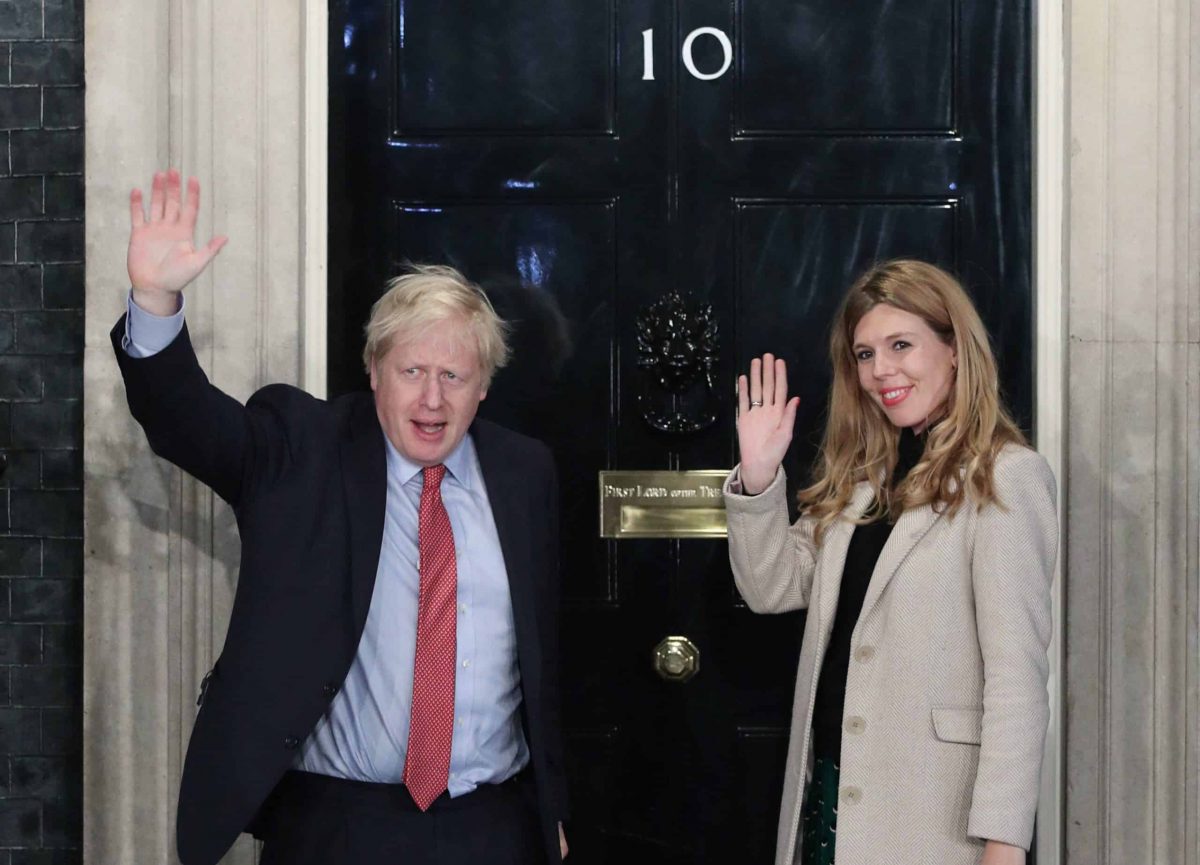 File photo dated 13/12/19 of Prime Minister Boris Johnson and his girlfriend Carrie Symonds arriving in Downing Street after the Conservative Party was returned to power in the General Election. Businesses in the UK are planning to spend £1.7 billion over the next two years after the Conservatives' victory in December's general election removed Brexit uncertainty, a survey has revealed.

Boris Johnson and Carrie Symonds have announced they are expecting a baby.

A spokesman for the couple said on Saturday evening: “The Prime Minister and Miss Symonds are very pleased to announce their engagement and that they are expecting a baby in the early summer.”

She said she and Mr Johnson got engaged at the end of last year “and we’ve got a baby hatching early summer”.

Mr Johnson, 55, and Miss Symonds, 31, made history as the first unmarried couple to officially live together in Downing Street when they moved in last year.

Ms Symonds, a conservationist and former Conservative Party communications chief, first found herself making headlines when she was romantically linked to Mr Johnson earlier in 2019.

But her association with Mr Johnson dates back to when she worked on his successful re-election bid at City Hall in 2012.

An early summer birth would suggest the new arrival was conceived during the autumn, around the time that the October 31 Brexit deadline was extended.

Sajid Javid, who quit as chancellor earlier this month following a dispute with Mr Johnson, was among MPs from various parties congratulating the couple on Twitter.

But not all politicians were so fulsome.

She tweeted: “Very convenient for this news to be announced today.”

The new arrival will be the third baby born to a serving prime minister in recent history.

Conservative prime minister David Cameron and his wife Samantha welcomed daughter Florence Rose Endellion Cameron into the world in 2010, three months after Mr Cameron had formed a coalition government with the Liberal Democrats after that year’s general election produced a hung parliament.

The last babies born to prime ministers before Leo and Florence arrived more than 150 years ago.

Lord John Russell’s wife Lady Russell gave birth to two sons, George and Francis, during her husband’s first stint in office between 1846 and 1852.

Mr Johnson’s union with Miss Symonds will be his third marriage.

Earlier this month, a court heard the Prime Minister and his estranged second wife Marina Wheeler were preparing to end their marriage after reaching an agreement over money.

Mr Johnson is believed to be the first prime minister to get divorced and marry in office in modern times.

The last PM to do so was Augustus Henry FitzRoy, the 3rd Duke of Grafton, who became prime minister in 1768 and got divorced and remarried the following year.

Ms Wheeler and Mr Johnson, who have four children, separated in 2018 after marrying in 1993. The couple announced they had separated in September 2018.

He was a childhood friend of Ms Wheeler – the daughter of BBC journalist Charles Wheeler – when both were pupils at the European School in Brussels.

Mr Johnson met his first wife, Allegra Mostyn-Owen, while they were students at Oxford.

In 2013 it emerged during another court hearing that Mr Johnson had fathered a daughter during an adulterous liaison while Mayor of London in 2009.

In 2004, he was sacked from the Tory frontbench over a reported affair with journalist Petronella Wyatt.