Sweden now has the highest new Covid cases per person in Europe. The UK, on the other hand, has the lowest. 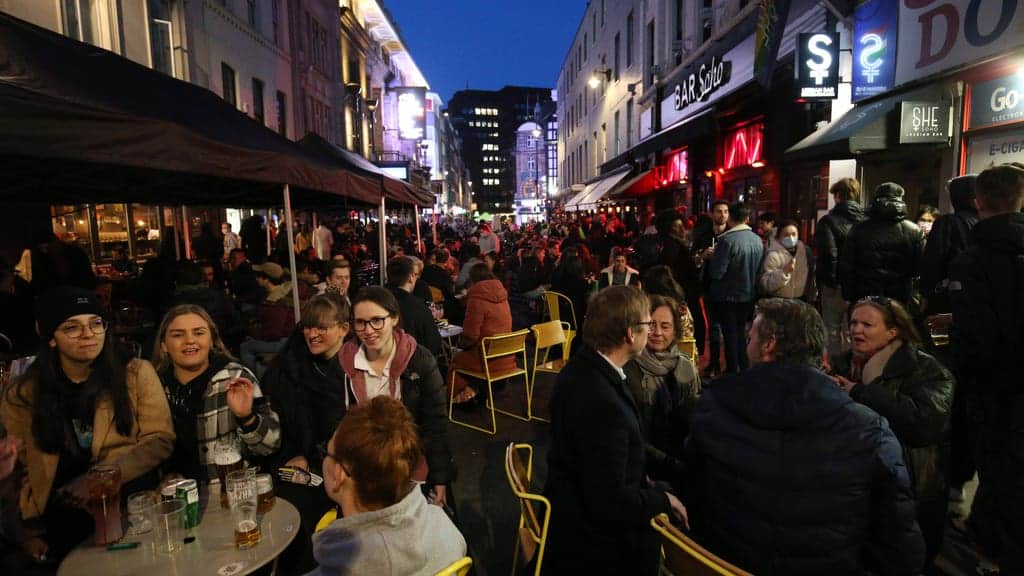 Boris Johnson said the national lockdown was “overwhelmingly important” in driving down Covid rates as restrictions begin to be lifted.

With over 40s now being invited to have their jab, the prime minister cautioned that the drop in hospitalisations and deaths “has not been achieved” by the rollout of vaccines.

Rather, it is thanks to lockdown restrictions which have seen us through most of the year so far.

He said: “The numbers are down – of infections and hospitalisations and deaths.

“But it is very, very important for everybody to understand that the reduction in these numbers – in hospitalisations and in deaths and infections – has not been achieved by the vaccination programme.

“People don’t, I think, appreciate that it’s the lockdown that has been overwhelmingly important in delivering this improvement in the pandemic and in the figures that we’re seeing.

Meanwhile Sweden, one of the only countries in the world to shun lockdowns, is recording the highest number of Covid-19 cases per million in Europe.

The latest figures from Swedish authorities revealed that more coronavirus patients are currently being treated in intensive care in Sweden than at any point in 2021.

That marks an increase of roughly 65 per cent since the beginning of March – and a much higher figure than the peak of the second wave, which hit Sweden in early January.

While numbers are still lower than during the first wave, when close to 600 people were being treated in Swedish intensive care units, the country is recording 4,378 cases per million of its population – the highest figure in Europe.

The United Kingdom, on the other hand, is recording just 159 cases per million – the lowest figure in Europe.

Related: Remainers rage as Clegg claims EU ‘let itself down’ with vaccine rollout