It comes as forecasts projected a large drop in the amount of power that Britain will be able to import from France. 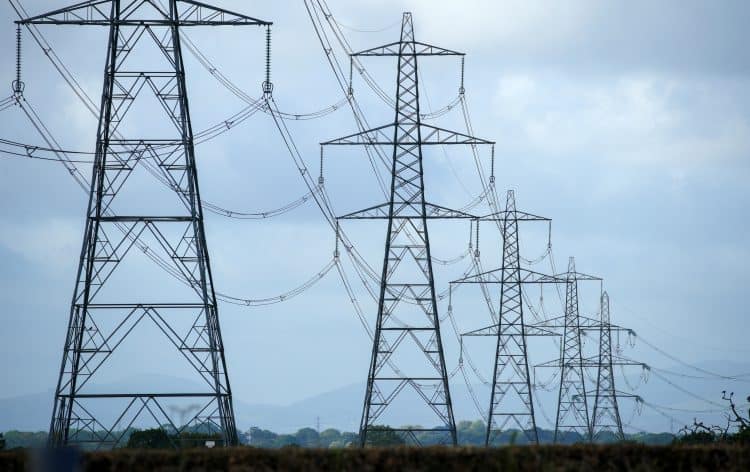 Households across Britain could be paid on Tuesday evening to help take strain off the country’s energy grid as French nuclear plants will be unable to help deal with demand.

National Grid’s system operator said it was considering the first-ever live run of its Demand Flexibility Service – which is designed to avoid blackouts.

It works by asking households to reduce the amount of electricity they use at certain times – and promises to pay them for any reductions they make.

The scheme was launched earlier this month and has already been tested twice, but has not yet run live.

It comes as forecasts projected a large drop in the amount of power that Britain will be able to import from France.

It will mean that the difference between the amount of electricity available for households and businesses and the amount they will use during peak times will be tight.

“Even though wind is coming back for tomorrow evening’s peak, slow return of nukes in France plus lower temperatures may mean that there is a reduction in available imports across the interconnectors,” according to consultancy EnergyAppSys.

The forecasters also warned that margins will be tight in both Britain and France on Monday evening, meaning both countries will need to import power from abroad.

France has been facing months of problems with its nuclear power plants, which generate around three quarters of the country’s electricity.

More than half of the nuclear reactors run by state energy company EDF have closed due to maintenance problems and technical issues.

It has added to a massive energy crisis in Europe as the country faces a winter without its old gas supplier Russia.

National Grid said that it would decide by 2.30pm on Monday whether to activate the Demand Flexibility Service.

“An anticipated DFS requirement notice has been published for tomorrow, Tuesday,” it said.

“This is an indication that a DFS service requirement might be published today at 2.30pm.”

The system has been tested twice since it was launched a month ago. During both tests businesses and households banded together to reduce demand by a small but significant amount.

So far Octopus Energy is by far the most active energy supplier in the Demand Flexibility Service.

It released data showing that its customers had helped reduce demand by more than 100 megawatts during both tests. That is the same amount of electricity that a small power plant produces.

How much money can I earn?

Octopus said that some of its customers had earned more than £4 during the hour-long sessions, the average saving was “well over £1”.

The scheme is administered by energy suppliers. Households have to register their interest in taking part in advance. They will then get a text or other message saying that the programme will run later in the day.

If they use less electricity than they normally do during the allotted hours they will be paid for the savings. The customers will not be punished if they decide to keep using electricity as normal.

So far not many suppliers are taking part, but National Grid hopes that participation will increase in the weeks ahead.