“It’s just a way of attacking wealthy people, and I think it’s inappropriate,” Leon Cooperman - who was convicted for insider trading in 2016 - said. 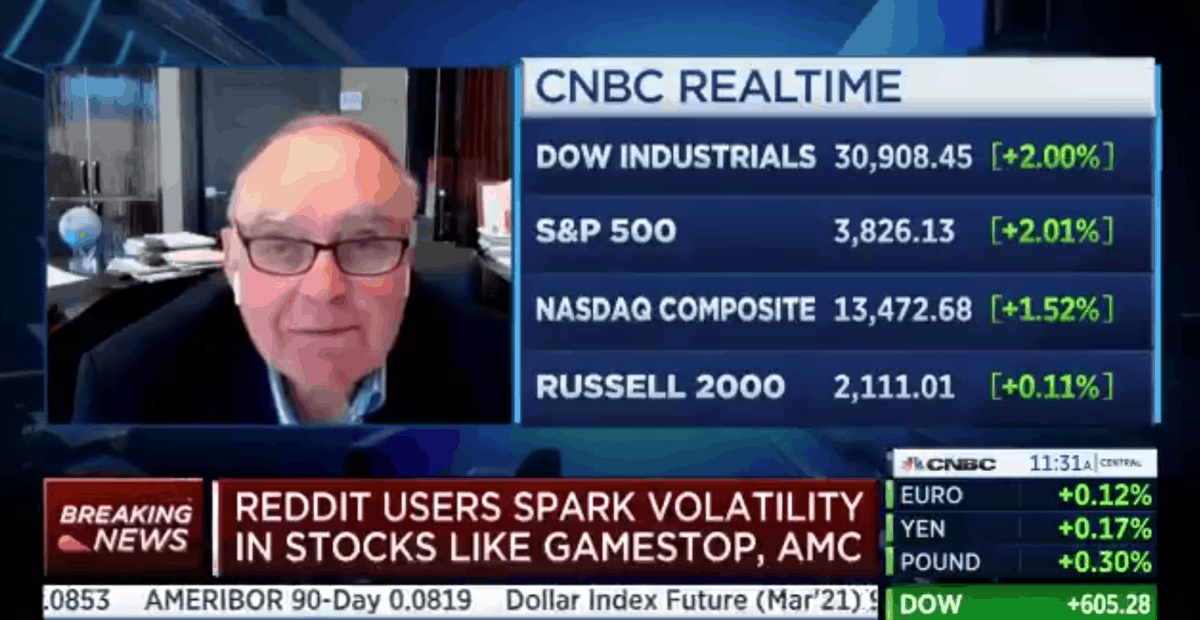 An irate billionaire hedge fund operator has lashed out at small investors behind the GameStop surge – and bemoaned the idea that he should pay his fair share of taxes as “an attack on the wealthy”.

Leon Cooperman – CEO of Omega Advisors, who was convicted for insider trading in 2016 – made the incendiary remarks in an interview with CNBC on Thursday, warning the users of the r/WallStreetBets subreddit their gambit “will end in tears”.

But, in remarkable comments, Cooperman – who has an estimated net worth of $3.2 billion – rubbished Democrats’ proposed plans to increase taxes on the wealthy, claiming the idea that the rich should pay their “fair share” is a “bullsh*t concept”.

“It’s just a way of attacking wealthy people, and I think it’s inappropriate,” he said. “We’ve all got to work together and pull together.”

Asked what he thought would happen to the Reddit traders who have set tongues wagging over the past few days, Cooperman said: “I’m not damning them. I’m just saying, from my experience, this will end in tears.

He then hit out at the online forum buyers, deriding them as “people sitting at home, getting their checks from the government, basically trading for no commissions and no interest rates”.

But it was questions about his tax obligations that really sparked the fury of the 77-year-old, who admitted he voted for Joe Biden in November’s presidential election.

“What does fair share mean,” he said, “I hate that expression with a passion! I’m willing to work six months a year for the government, and six months for myself — which means a marginal tax rate of 50%. If you live in California, Connecticut, New Jersey, New York, you’re already well past that.”

Responses to Cooperman’s outbursts were unsympathetic. Democratic senator and former presidential candidate Bernie Sanders tweeted: “Oh look, another billionaire is mad that he might have to pay more taxes while children in America go hungry and veterans sleep on the street. Cry me a river.

“Yes. We will make Wall Street billionaires pay their fair share of taxes and create an economy that works for all of us.”