"We could have had it all. The full glory of the USSR. My fishing photos would be in every media." 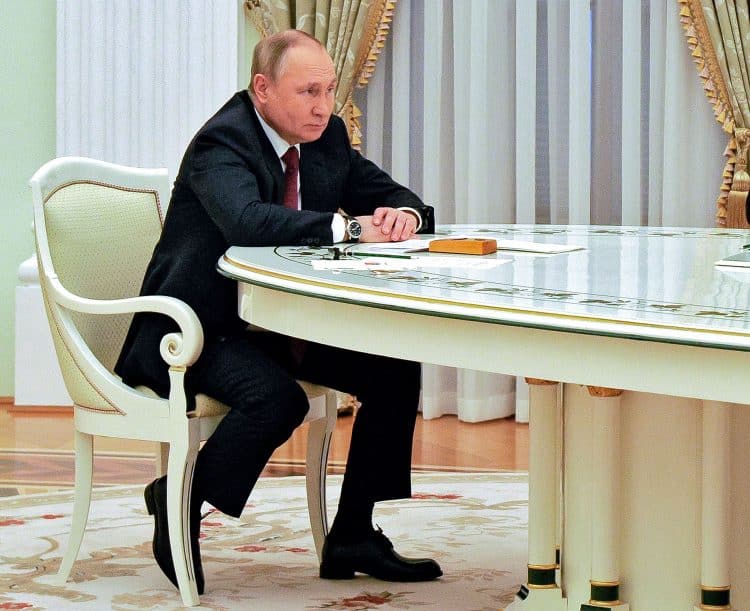 A parody of ‘Downfall’ has been doing the rounds on social media as Russian forces struggle to make meaningful headway in Ukraine.

According to reports, Putin has started a war “he could never win” against 44 million Ukrainians supported by the US and Europe in the expectation that his military campaign would be a walkover.

By doing so, he united the rest of Europe against Russia, Patrick Cockburn notes, “forcing Germany, France and Italy to line up with the more hardline US and Britain to a degree not seen even at the height of the Cold War against the Soviet Union.”

Both Russia and Ukraine projected optimism ahead of another scheduled round of talks on Wednesday, even as Moscow’s forces rained fire on Kyiv and other major cities in a bid to crush the resistance that has frustrated Kremlin hopes for a lightning victory.

Ukrainian president, Volodymyr Zelensky, meanwhile, went before the US Congress via video and, invoking Pearl Harbour and 9/11, pleaded with America for more weapons and tougher sanctions against Russia, saying: “We need you right now.”

With Moscow’s ground advance on the Ukrainian capital stalled, Russian foreign minister, Sergei Lavrov, said a neutral military status for Ukraine was being “seriously discussed” by the two sides, while Zelensky said Russia’s demands for ending the war were becoming “more realistic”.

With the prospect of defeat for Putin on the cards, a parody-subtitled video based on a pinnacle scene from Der Untergang (2004) has been created.