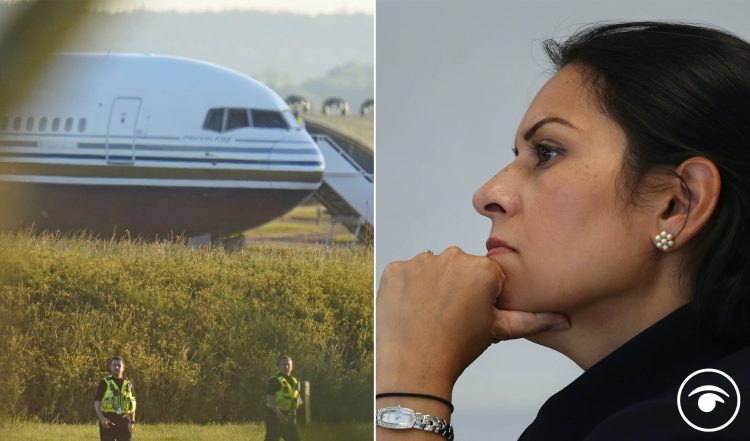 The first deportation flight of asylum seekers to Rwanda was cancelled at the last minute on Tuesday night following interventions from the European Court of Human Rights.

Talking to Sky News, Labour MP David Lammy said the situation was a “mess” as the aircraft was grounded at Boscombe Down in Wiltshire.

Home secretary Priti Patel said she will “not be deterred from doing the right thing” following the humiliating blow for the government.

She described the European Court of Human Rights intervention as “very surprising”, adding that “many of those removed from this flight will be placed on the next”.

The Home Office legal team is now reviewing “every decision made on this flight”, Patel said, and preparation for the next flight “begins now”.

She added: “Earlier this year, I signed a world-leading Migration Partnership with Rwanda to see those arriving dangerously, illegally, or unnecessarily into the UK relocated to build their lives there.

“This will help break the people smugglers’ business model and prevent loss of life, while ensuring protection for the genuinely vulnerable.

“Access to the UK’s asylum system must be based on need, not on the ability to pay people smugglers.”

It appears, therefore, that the government will continue to battle to ensure that these flights take off.

But what was the reaction on social media to what has been dubbed ‘Air farce one’?