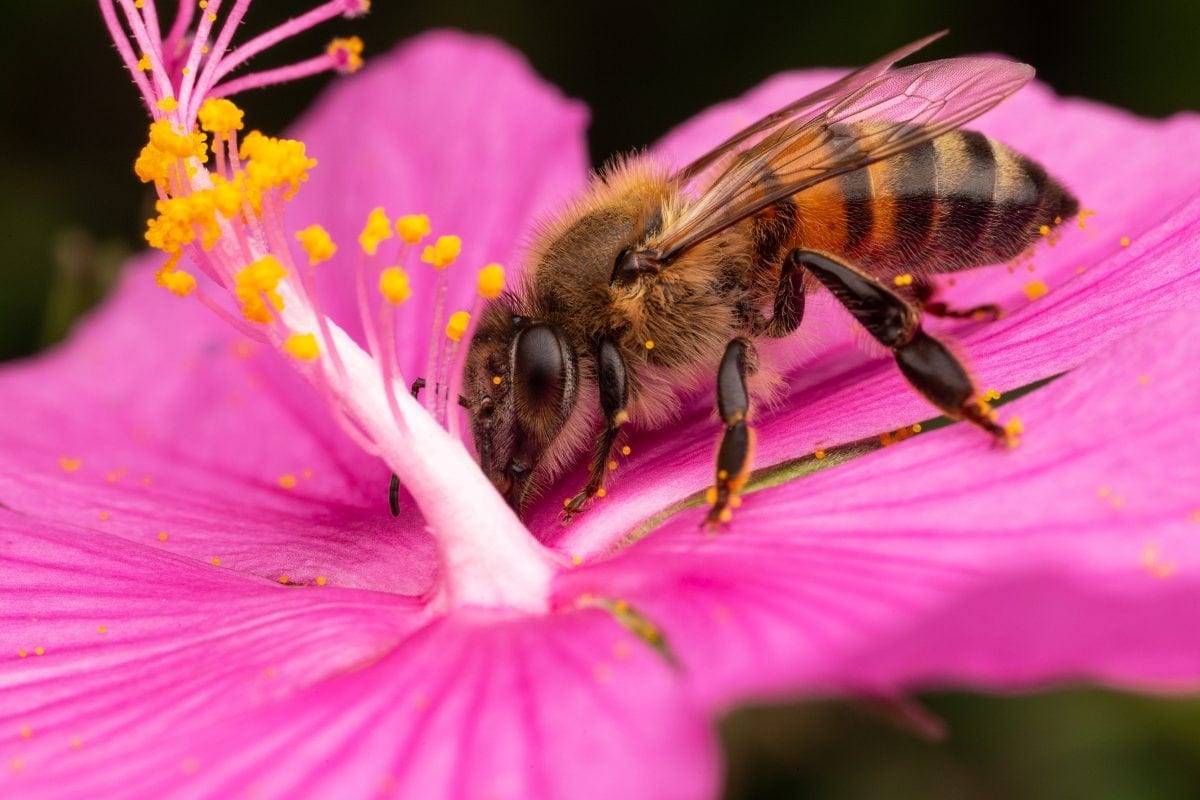 Bees are being wiped out by Britain’s most popular weed killer, warns new research.

The active ingredient in Roundup destroys ‘good bacteria’ in the insects’ guts – making them more susceptible to deadly infections, according to the study.

It suggests glyphosate is contributing to the decline of honey bees and native species around the world. Bumble bees are expected to be similarly effected.

The US research team advise gardeners not to spray it on the plants the vital pollinator is most likely to visit.

Biologist Erick Motta, of The University of Texas at Austin, said: “We need better guidelines for glyphosate use – especially regarding bee exposure.

“Right now the guidelines assume bees are not harmed by the herbicide – our study shows that’s not true.”

Evidence Roundup – globally the most popular weed killer in history – is playing a key role in the decline of bees follows fears it is endangering human health. 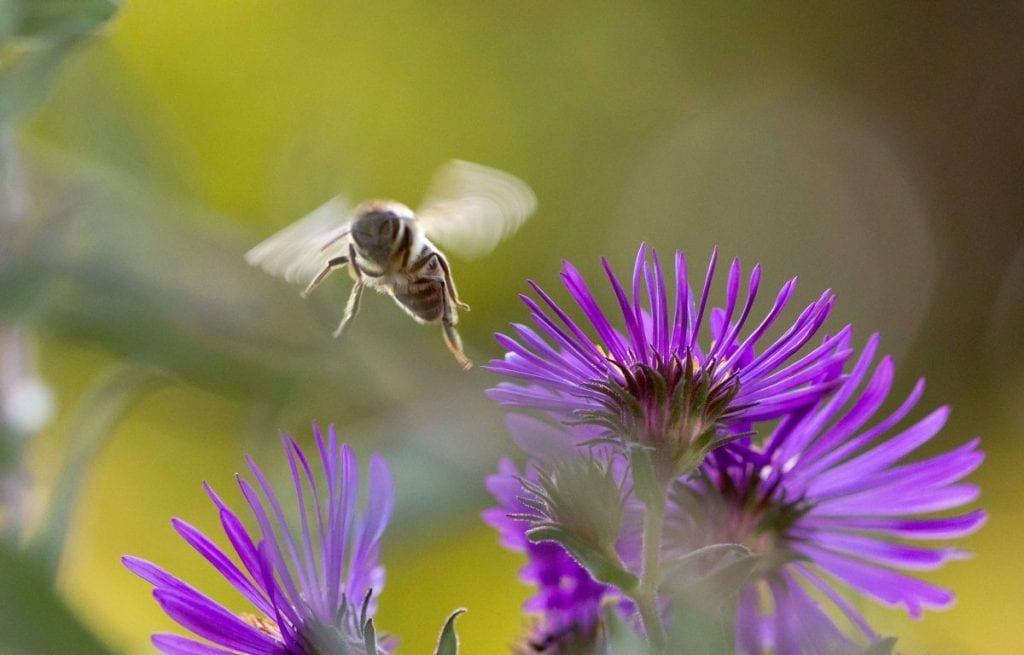 Earlier this year its makers Monsanto, the US agriculture giant, was ordered to pay terminally ill Dewayne Johnson, 46, $289m in damages.

A jury ruled Roundup caused the San Francisco former school groundsman’s cancer and the corporation failed to warn him of the health hazards from exposure.

The father-of-three said he developed a form of blood cancer after he was twice accidentally drenched in Roundup while spraying schoolyards at work. He also had the chemical waft regularly into his face.

Since the 1990s it’s been linked to liver and kidney disease, infertility, birth abnormalities and cancer owing to glyphosate.

The latest study found honey bees exposed to glyphosate lose some of their beneficial gut bacteria. 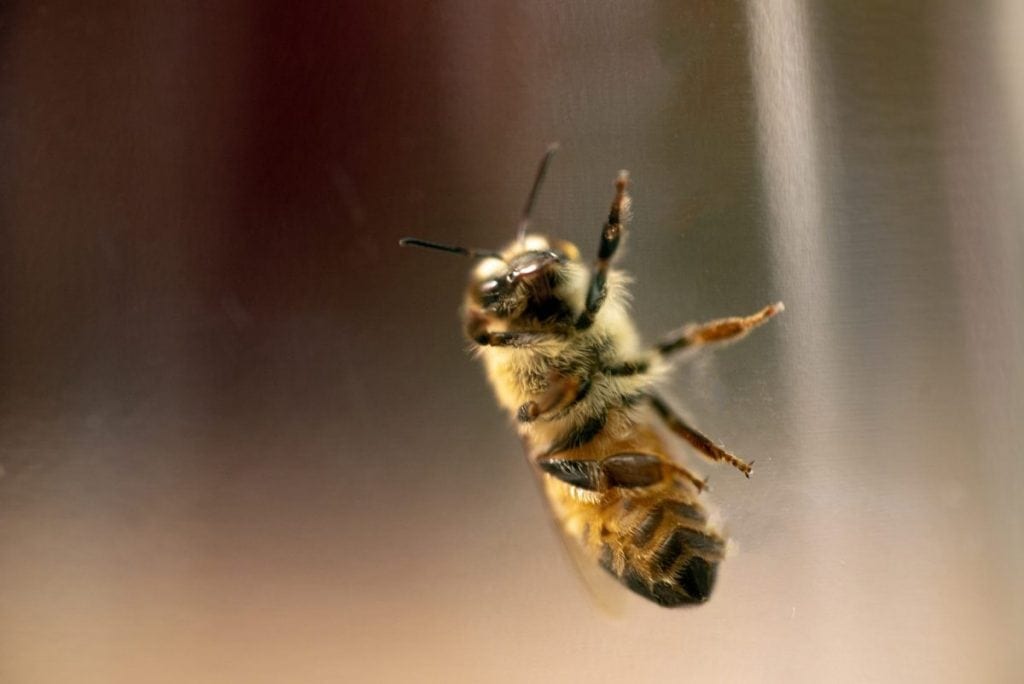 This leaves them prone to parasitic mites such as Varroa and Acarapis that carry viruses fatal to bees.

The findings, published in the journal Proceedings of the National Academy of Sciences, shows the chemical could be contributing to the alarming loss of bee colonies.

It interferes with an important enzyme found in plants and microorganisms – but not in animals. So it’s long been assumed to be non-toxic to humans and bees.

But by altering a bee’s gut microbiome Roundup compromises its ability to fight infection, said the researchers.

This is the community of bacteria living in its digestive tract – including those that protect it from harmful bacteria.

They painted the insects’ backs with coloured dots so they could be tracked and later recaptured.

Four out of eight dominant species of these protective bugs in the exposed bees were found to be less abundant.

The hardest hit – Snodgrassella alvi – is a critical microbe that helps bees process food and defend against pathogens.

The bees with impaired microbiomes were also far more likely to die when later exposed to the bacteria Serratia marcescens that infects bees around the world.

Only one-in-10 were still alive eight days later – compared to half of bees with a healthy gut.

Prof Moran said: “Studies in humans, bees and other animals have shown the gut microbiome is a stable community that resists infection by opportunistic invaders. 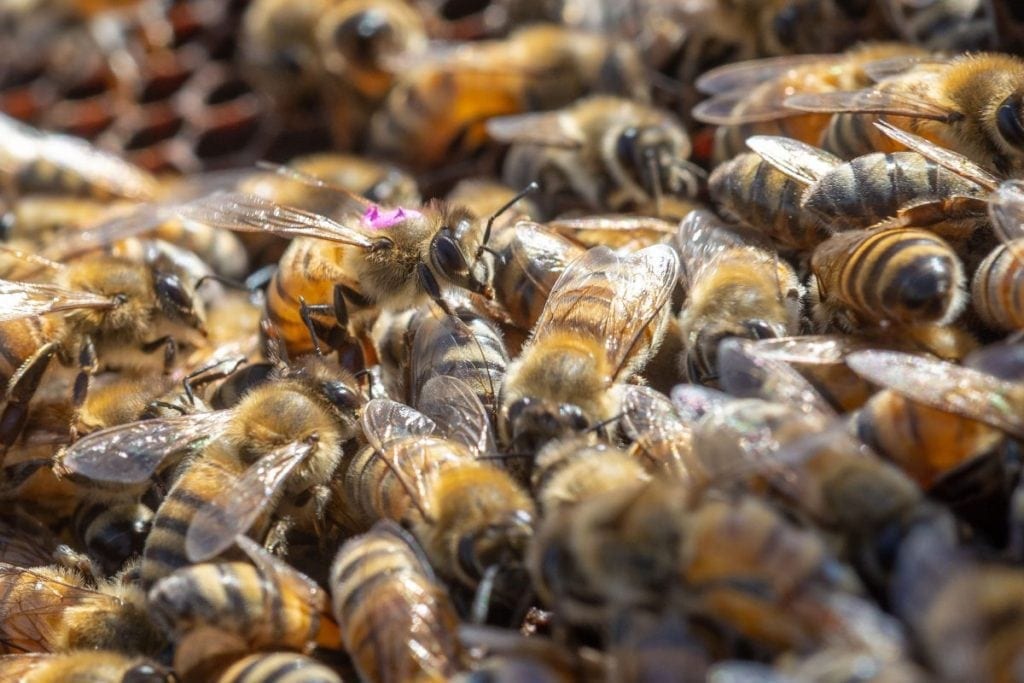 “So if you disrupt the normal, stable community you are more susceptible to this invasion of pathogens.”

Based on the results they recommend farmers, landscapers and homeowners avoid spraying Roundup or other glyphosate-based herbicides on flowering plants bees are likely to visit.

More than a decade ago beekeepers in the US began finding their hives decimated by what became known as colony collapse disorder.

Explanations for the phenomenon have included exposure to pesticides or antibiotics, habitat loss and bacterial infections.

The researchers said this latest study adds herbicides as a possible contributing factor.

Mr Motta said: “It’s not the only thing causing all these bee deaths – but it’s definitely something people should worry about because glyphosate is used everywhere.”

Native bumble bees have microbiomes similar to honey bees. So Prof Moran said it’s likely that they would be affected by glyphosate in the same way. 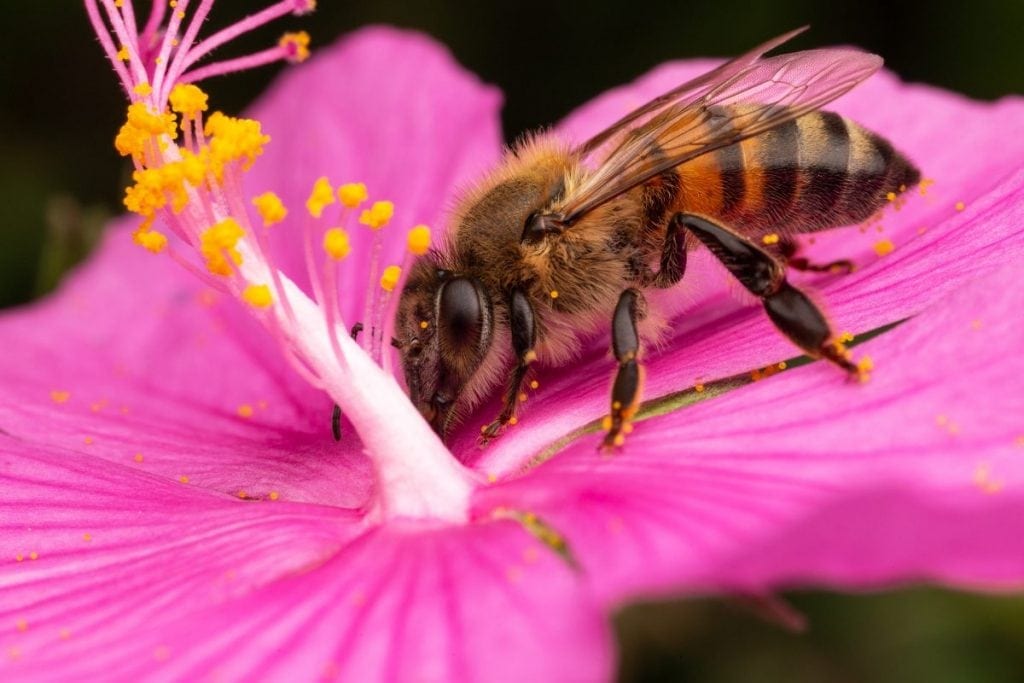 Roundup was launched in 1974 by US giant Monsanto who marketed it as a technological breakthrough that would kill almost every weed without harming humans or the environment.

Despite concerns about glysophate ever since Roundup’s use in UK farming has increased by an astonishing 400 per cent in the past 20 years.

One-third of Britain’s crop-growing land is now treated with glyphosate. There are now more than 20 suppliers of glyphosate in Europe with Roundup remaining the market leader – earning it some £1.5 billion a year worldwide.