“Tagging them simply stigmatises them drinking alcohol and doesn’t address the root cause of the problem." 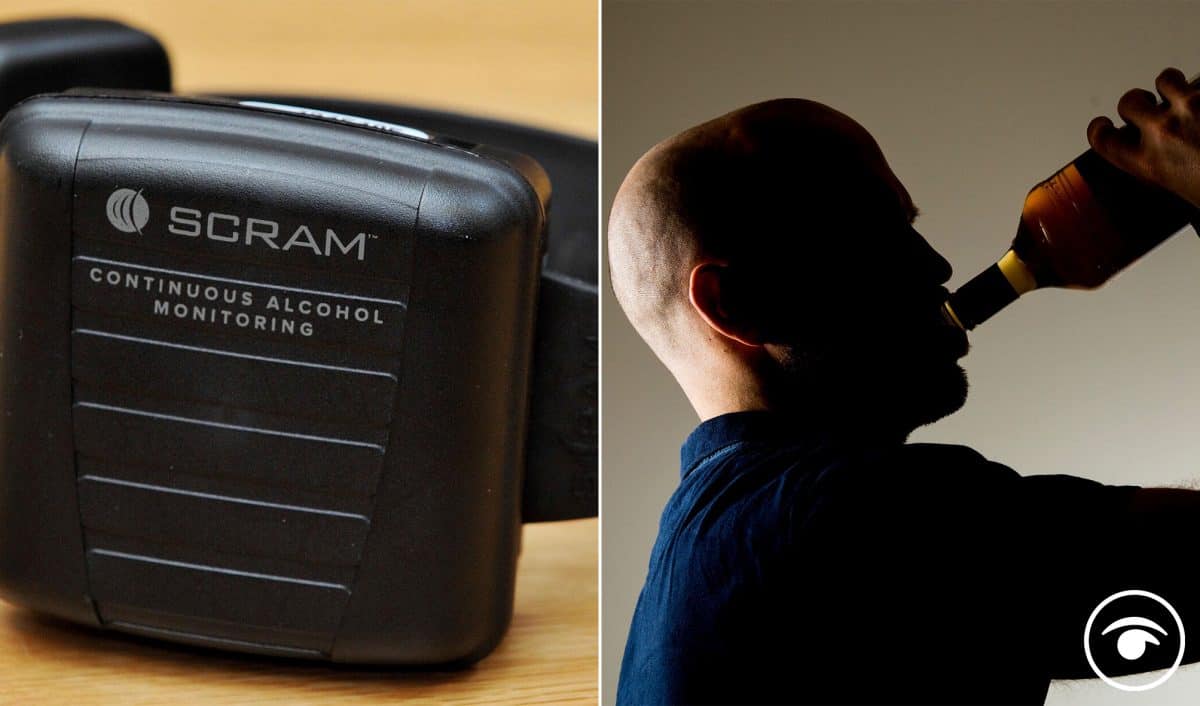 Criminals in England who commit alcohol-fuelled crimes may be required to wear ankle tags that monitor their sweat every 30 minutes.

The so-called sobriety tags will alert the probation service if alcohol is detected in their sweat sample, the Ministry of Justice (MoJ) said.

Offenders caught breaching their drinking ban could face fines or a further sentence in court.

The scheme is being launched in England on Wednesday following a successful roll out in Wales last October.

More than 100 offenders have been tagged in Wales so far and remained sober on more than 95% of the days they were monitored, the MoJ said.

Crime and policing minister Kit Malthouse MP said: “These tags have already brought enormous benefit to Wales since they were introduced in October, with one offender I met saying it not only changed his ways, but also saved his life.

“This smart and powerful new tool is helping the fight against alcohol-fuelled violence, which ruins too many lives and families and creates mayhem in our town centres.”

The tags can distinguish the difference between drinks and other types of alcohol – such as hand sanitiser or perfume.

They work 24/7 and can also tell if someone tries to block contact between the device and their skin.

Probation officer Laura Harrison said: “Sobriety tags have had an enormously positive effect on the people I’ve supervised in Wales, improving their mental health, keeping them off drink and out of trouble with the police.

“One man with a history of drink-related violence was given a tag for 90 days and has been sober ever since and says the scheme helped him turn his life around.”

Those fitted with the tags will also receive professional support to help them tackle their drinking issues.

Tags will only be used on offenders over the age of 18, who are not alcohol-dependent or on an alcohol treatment requirement.

However, Nuno Albuquerque from the UK Addiction Treatment group said tagging offenders was a “short-term solution” to a “long-term problem”.

He said: “Tagging them simply stigmatises them drinking alcohol and doesn’t address the root cause of the problem.

“We’d welcome information as to how these people are supported in order to prevent them from drinking once the tag comes off.

“Collaborative support between probation teams and treatment providers needs to be in place so that when the tag comes off, the person won’t want to drink, rather than being forced not to drink.”

Alcohol plays a part in 39% of violent crime, with the social and economic cost of drink-related harm around £21.5 billion per year, the MoJ said.

It is also seen as one of the drivers of domestic violence and unprovoked attacks.

Related: Passports for Pubs: Force for good or an infringement on our civil liberties?