Campaigner Margaret Aspinall, whose 18-year-old son James died in the disaster, said: “They tried to bring our fans into it again at this trial when we have already cleared their names and to me that is so sad.” 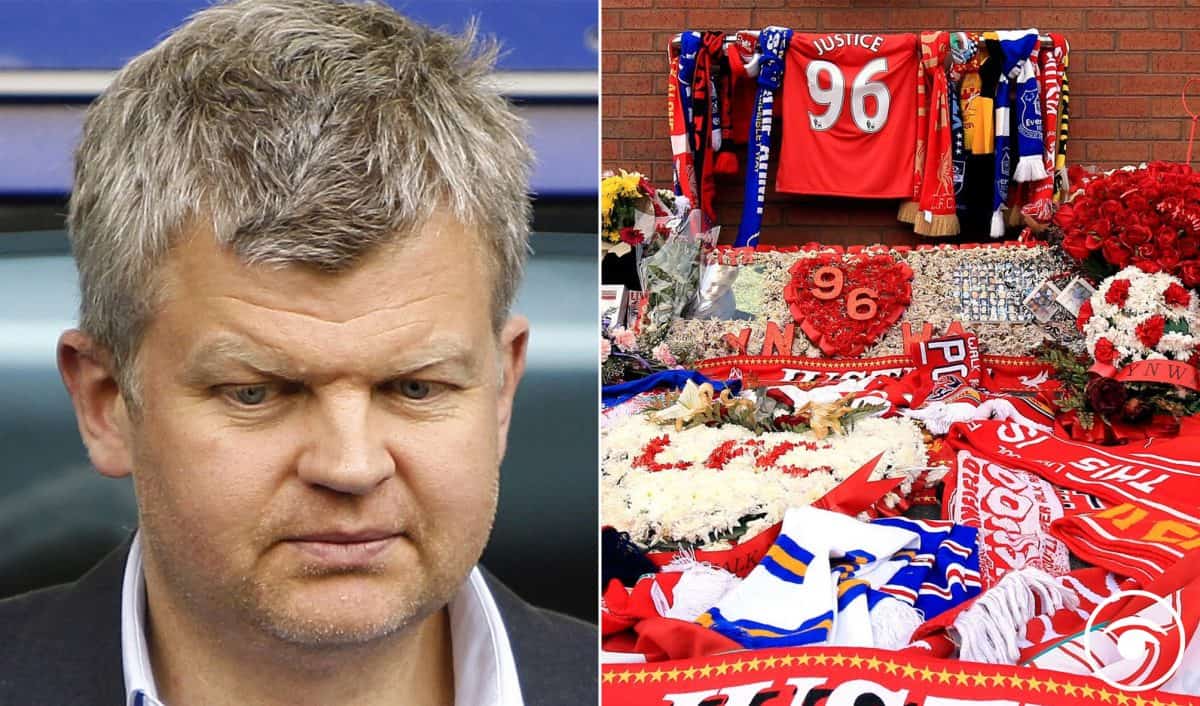 Radio presenter Adrian Chiles has told listeners he is “absolutely mortified” that he failed to challenge a lawyer over “evil nonsense” claims he made on his show about Liverpool fans causing a “riot” ahead of the Hillsborough Disaster.

Jonathan Goldberg QC spoke to Chiles on BBC Radio 5 Live on Wednesday after his client Peter Metcalf, who was solicitor for South Yorkshire Police in 1989, was cleared of perverting the course of justice following the disaster.

During the same show on Thursday, Chiles made a lengthy apology, saying he had been a “fool” not to pick the QC up on his comments.

He said he reported the end of the inquests into the tragedy in 2016 and that he knew “as much as anyone that it was absolute nonsense, and proved to be nonsense several times in the past, that Liverpool fans themselves were in any way culpable for what happened.”

Chiles said that “calamitously and incompetently” he was momentarily distracted during the interview and did not hear Mr Goldberg make the comments, which caused uproar among the families of those who died in 1989.

He said: “I’m absolutely mortified with myself.”

And he added: “I absolutely know it was just evil nonsense and I apologise for not picking him up there and then.

“But, honestly, I was fool not a knave on this one.

“Have a go at me for incompetence, please, and I deserve it. I just didn’t hear it.”

Chiles said: “If I had heard it, I don’t think I would have believed my ears.”

Mr Goldberg said on the show on Wednesday: “My client was accused of covering up criticism of the police. What he in fact did was cut out criticism of the Liverpool fans, whose behaviour was perfectly appalling on the day, causing a riot that led to the gate having to be opened, that unfortunately let the people in and crushed to death the innocents as they were – complete innocents – who were at the front of the pens, who had arrived early and were not drunk and were behaving perfectly well.”

Mayor of Greater Manchester Andy Burnham, who has campaigned with the Hillsborough families, said: “There is no evidence of any riot outside that ground and the fact somebody who is a Queen’s Counsel should go on the media and make those statements, they are inaccurate statements.

Campaigner Margaret Aspinall, whose 18-year-old son James died in the disaster, said: “They tried to bring our fans into it again at this trial when we have already cleared their names and to me that is so sad.”

Fans were exonerated of causing any part in the disaster following the publication of the Hillsborough Independent Panel report in 2012.

Then prime minister David Cameron told the House of Commons: “A narrative about hooliganism on that day was created that led many in the country to accept that somehow it was a grey area.

“Today’s report is black and white: the Liverpool fans ‘were not the cause of the disaster’.”

However, less than two years later, at a preliminary hearing for the new inquests in 2014, lawyers representing police officers said they would make the suggestion that drunken fans contributed to the disaster.

In 2016, the inquests jury concluded the behaviour of supporters did not cause or contribute to the dangerous situation which built up outside the ground on April 15 1989.