The Duke and Duchess of Sussex’s baby son will be christened with all the trappings of a royal baptism, as speculation grows about who the couple have chosen as godparents. The Archbishop of Canterbury, Justin Welby, will christen Archie Harrison Mountbatten-Windsor in front of family and close friends of Harry and Meghan, in the private […] 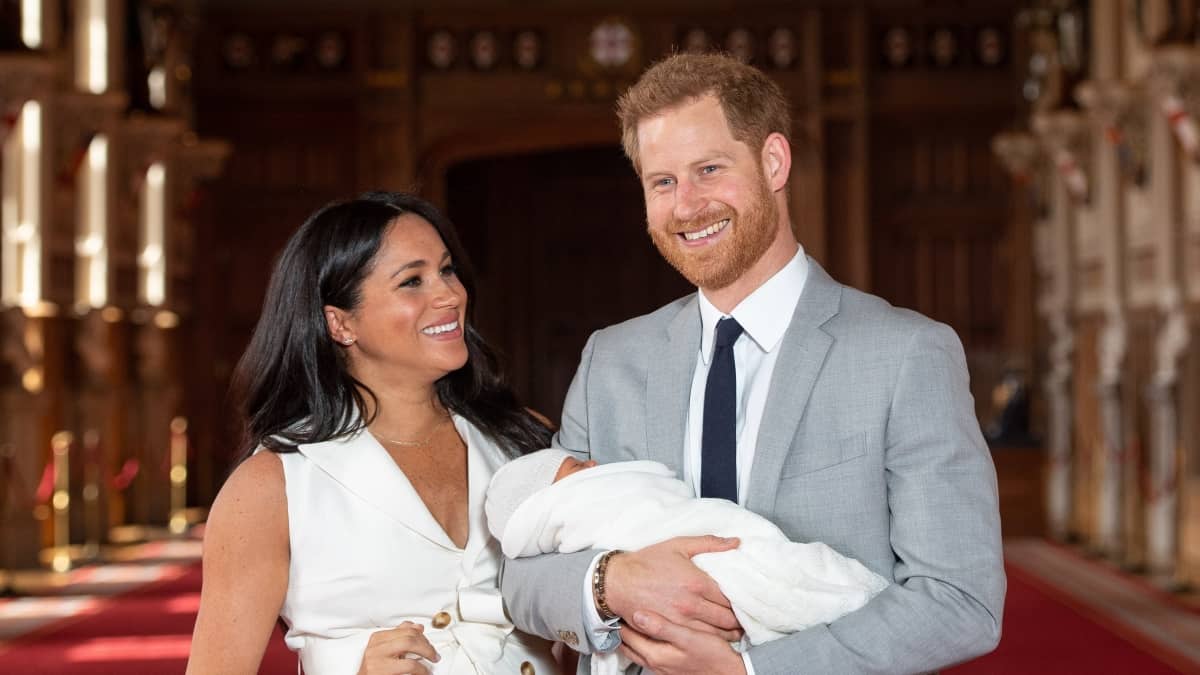 The Duke and Duchess of Sussex’s baby son will be christened with all the trappings of a royal baptism, as speculation grows about who the couple have chosen as godparents.

The Archbishop of Canterbury, Justin Welby, will christen Archie Harrison Mountbatten-Windsor in front of family and close friends of Harry and Meghan, in the private chapel at Windsor Castle on Saturday.

But the event has been criticised for being held without the press or public seeing any elements of the day.

When the duchess was spotted at Wimbledon on Thursday with two close friends from her university days, Genevieve Hillis and Lindsay Roth, it was interpreted by royal watchers as hinting at possible godparents.

There has been criticism of the decision not to reveal who will be Archie’s godparents, but bookies believe Meghan’s best friend, the Canadian stylist Jessica Mulroney, will be chosen, while Harry’s old schoolmates, brothers Thomas and Charlie van Straubenzee, could be picked.

Royal biographer Penny Junor has called the couple’s decision to exclude the press and public a mistake, saying well-wishers would want to share in their big day.

While Mark Borkowski, a public relations consultant, said the duke and duchess were employing the public relations strategy of “Hollywood A-listers” by keeping their son’s christening private.

Like other royal babies, Archie will wear the handmade replica of the royal christening robe, made by Angela Kelly, dressmaker to the Queen, during the ceremony, Buckingham Palace has confirmed.

Following royal tradition, the Lily Font, commissioned by Queen Victoria and Prince Albert for the baptism of their first child Victoria, Princess Royal, in 1841, will be used, as will water from the River Jordan.

It is understood the Queen will not be attending the christening, as she has a prior engagement, but among the royal guests will be the Prince of Wales, Duchess of Cornwall and Duke and Duchess of Cambridge. Meghan’s mother Doria Ragland is also expected to attend.

Some members of the St George’s Chapel Choir, a choral group who performed at Harry and Meghan’s wedding, will sing during the christening.

The couple have once again turned to fashion photographer Chris Allerton, who took their wedding photographs, to capture the moment on Saturday.

Mr Allerton will take the official christening photos in Windsor Castle’s green drawing room and the pictures will be released some time after 3pm, Buckingham Palace has said.