Brexit Party candidate Ann Widdecombe has ompared leaving the EU without a deal to the suffering people went through during the Second World War. Her comments were greeted by disbelief. The 71-year-old former Conservative Party MP who has returned to politics after retiring in 2010 insisted a no deal Brexit “is as nothing compared to […] 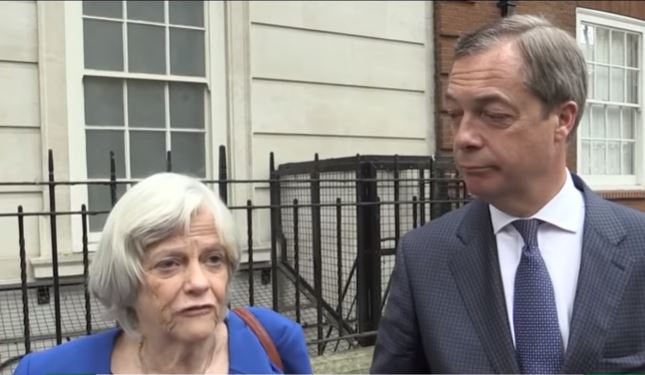 Brexit Party candidate Ann Widdecombe has ompared leaving the EU without a deal to the suffering people went through during the Second World War.

Her comments were greeted by disbelief.

The 71-year-old former Conservative Party MP who has returned to politics after retiring in 2010 insisted a no deal Brexit “is as nothing compared to the sacrifice that we asked a previous generation to make an order to ensure Britain’s freedom.”

She added: “my granny was bombed out in Plymouth… People lost sons and husbands and fathers, and they did this because they wanted freedom.”

– None of which appeared on the side of the Brexit bus during the EU referendum. In fact there was definitely no mention at all by the Leave campaign of Britain going through any Second World War scale privations in leaving the EU.

As far as we recall it was all “sunny uplands,” new opportunities and more money for the NHS or anything else we wanted to spend it on.

Widdecombe is the Brexit Party candidate with the most political pedigree, though she is perhaps more known of late for reality TV shows such as Strictly Come Dancing and Celebrity Big Brother than being a veteran right-wing Tory notorious for reactionary views on the death penalty and homophobia.

She made her comments suggesting deprivation caused be a no deal Brexit was justified as it would not be as bad as wartime suffering on the campaign trail and they were captured by BBC Radio reporters.

Only nobody voted for World War II.

And the EU was created out of a desire for Europe to bear the bloody cost of nationalism again, heralding an unprecedented period of prosperity and peace.

Labour MP Owen Smith tweeted: “A moment ago Ann Widdecombe compared Brexit to the fight for freedom from fascism in WW2.”

“Doing so isn’t just populist hyperbole, it is to dishonour the sacrifice of millions. Britain deserves better than these lies.”

Others called on her to apologise for the comments.

Or at least learn some history about why the EU was formed as a reaction to the horrors of nationalism and the far-right in Europe.