Compared to a British version of Fox News, GB News describes itself as “Britain’s news channel” - and will be aimed at those who feel “undeserved and unheard by their media”. 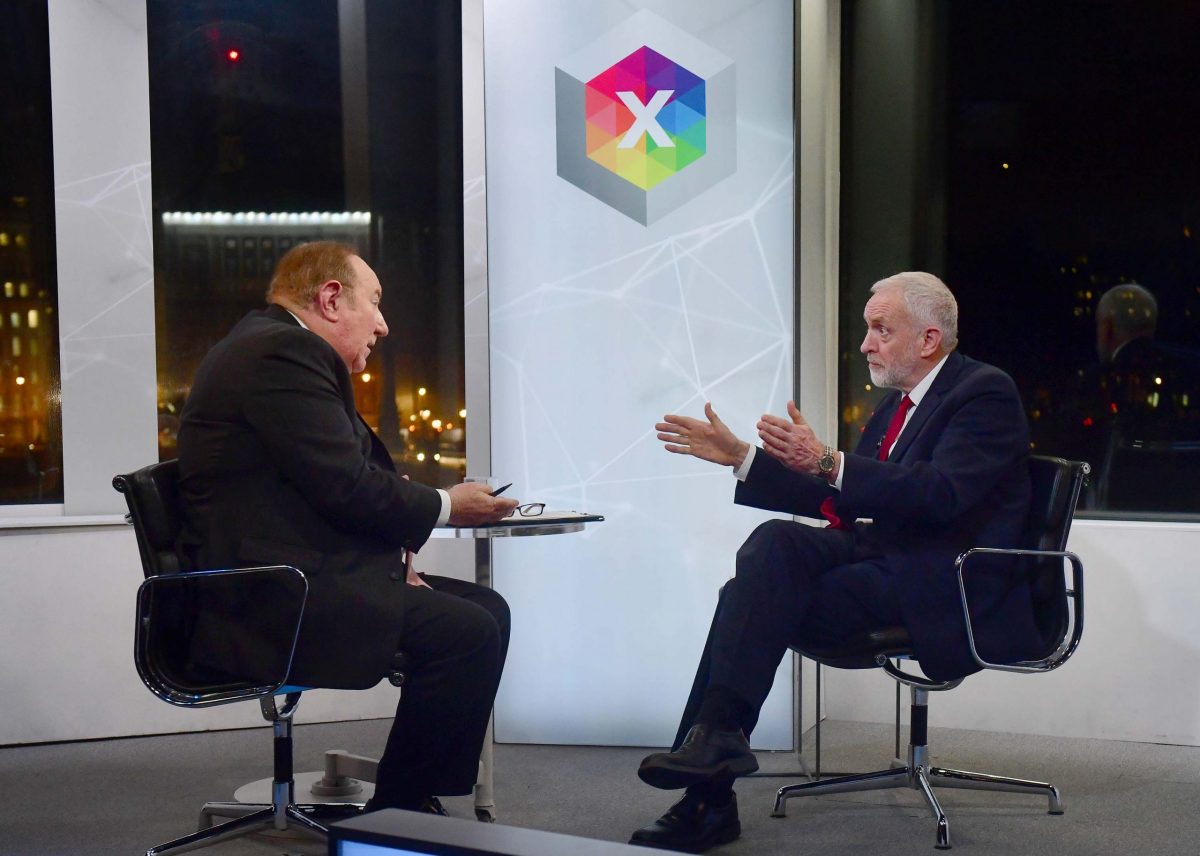 For use in UK, Ireland or Benelux countries only. BBC handout photo of host Andrew Neil (left) with Labour Party leader Jeremy Corbyn during a BBC interview.

Andrew Neil is jumping ship from the BBC and launching a 24-hour TV channel to rival the big hitters of British broadcasting.

As well as being appointed chairman, broadcaster and former Sunday Times editor Neil, 71, will host a flagship evening programme in primetime, leading the programming line-up.

He said: “GB News is the most exciting thing to happen in British television news for more than 20 years.

“We will champion robust, balanced debate and a range of perspectives on the issues that affect everyone in the UK, not just those living in the London area.”

Neil, best known for The Andrew Neil Show, as well as This Week and Daily Politics on the BBC, added: “We’ve seen a huge gap in the market for a new form of television news.

“GB News is aimed at the vast number of British people who feel underserved and unheard by their media.”

In a statement posted on Twitter, Neil said he left the BBC with “no animosity or desire to settle scores”.

He said: “With heavy heart I announce I will be leaving the BBC. Despite sterling efforts by new DG to come up with other programming opportunities, it could not quite repair damage done when Andrew Neil Show cancelled early summer + Politics Live taken off air.

“But I leave with no animosity or desire to settle scores. I look back on my 25 years doing live political programmes for the BBC with affection.

“And gratitude for brilliant colleagues at Millbank, who always made sure I went into the studio fully briefed and equipped for the fray.

At a time when the BBC and commercial media companies are cutting jobs, GB News said it hopes to create at least 120 positions.

They include more than 100 journalists in England, Wales, Scotland and Northern Ireland with the channel, in which global media and entertainment company Discovery, Inc is the lead investor.

GB News will feature more than 6,500 hours of content a year, made exclusively for the channel, which has secured broadcasting licences from Ofcom. It has been founded by media executives Andrew Cole and Mark Schneider.

They said: “Andrew Neil epitomises what GB News is all about. He’s an exceptional journalist, brilliant interviewer and fearlessly independent.”

They plan for the channel to reach 96% of British television households via Freeview, Sky and Virgin Media.

GB News will broadcast seven days a week across the UK and Ireland and will be available globally on GB News digital platforms.