Michel - the president of the European Council - warned that the EU27 will not back down as time runs out to strike a trade deal with Britain. 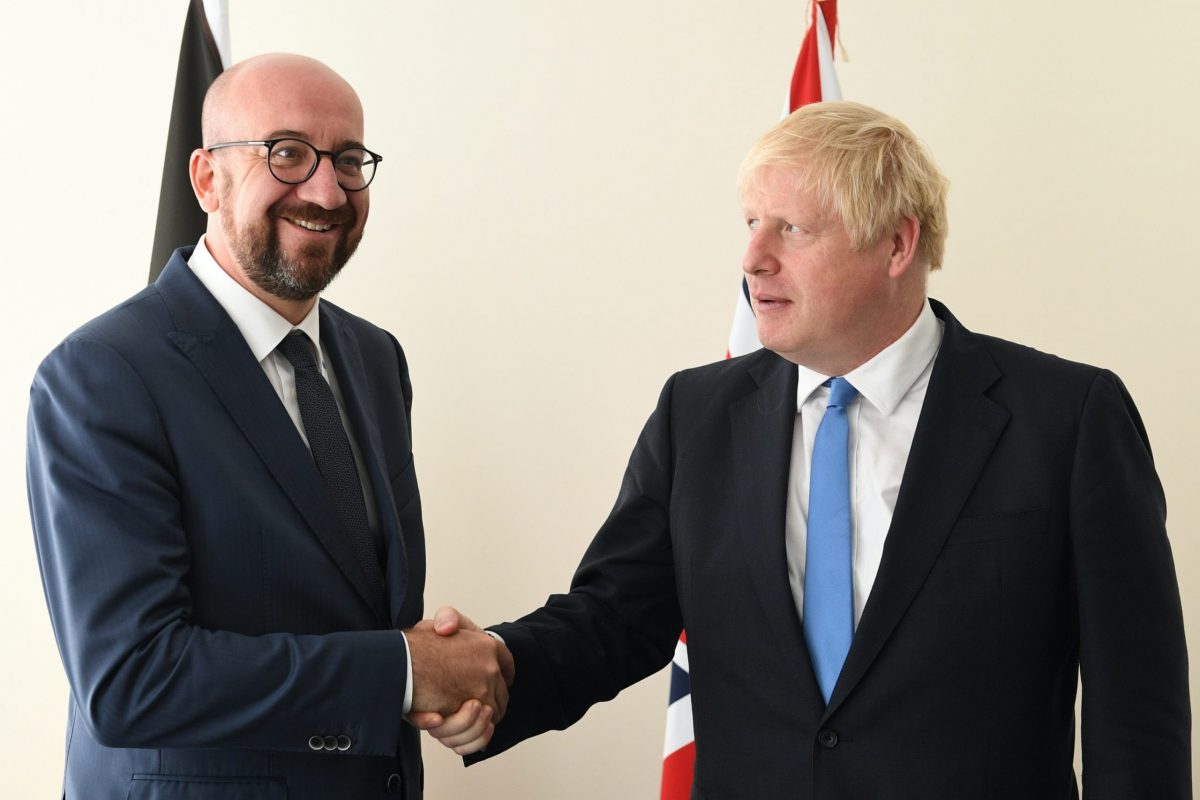 European Union chief Charles Michel has lashed out at Boris Johnson at the UN General Assembly for his threats to renege on the Withdrawal Agreement.

Michel – the president of the European Council – warned that the EU27 will not back down as time runs out to strike a trade deal with Britain.

“Respect for treaties, a basic principle of international law, comes to be considered optional even by those who, until recently, were its historical guarantors,” he said. “All this in the name of partisan interests.”

The Withdrawal Agreement officially allowed the UK to leave the bloc on January 31 this year – but Johnson proposed a Bill earlier this month that would disregard part of the Brexit treaty dealing with trade between Ireland and the UK.

The EU insists the agreement must be respected for fear it could otherwise reignite tensions on the island of Ireland.

Northern Ireland has special status in the Withdrawal Agreement because it is the only part of the UK that shares a land border with an EU country.

The UK and the EU jointly promised in the Brexit divorce agreement to ensure there are no customs posts or other obstacles on the Northern Ireland-Ireland border.

The open border is key to the stability that underpins the 1998 peace settlement that ended decades of violence between Irish nationalists and British unionists.

Johnson’s government has refused a demand by the EU to drop the Bill that breaks international law, it has struck a more conciliatory tone since the legislation sparked an outcry in the UK as well as in the bloc.

It has rowed back on the prime minister’s claim the EU could try to “blockade” food exports to Northern Ireland from the rest of the UK if there is a no-deal Brexit.

The talks have stalled over several issues and the EU insists the UK’s negotiating strategy is to to hold on to the privileges it had as a member of the bloc without having to carry the burdens of that membership.

The UK is seeking far-reaching access to the EU market but does not want to live by the rules that underpin trade with the bloc, he said.

“Access to our large market – the second-largest economic zone in the world and the first in terms of international trade – will no longer be sold off,” Michel said.

“From now on, we will better enforce the level playing field, in a market open to those who respect its standards – whether they leave our union or want to move closer to it.”