“All the NHS staff tell us ‘this is amazing, you’re all here in your uniforms, you all look so glamorous and you’re making us feel de-stressed’." 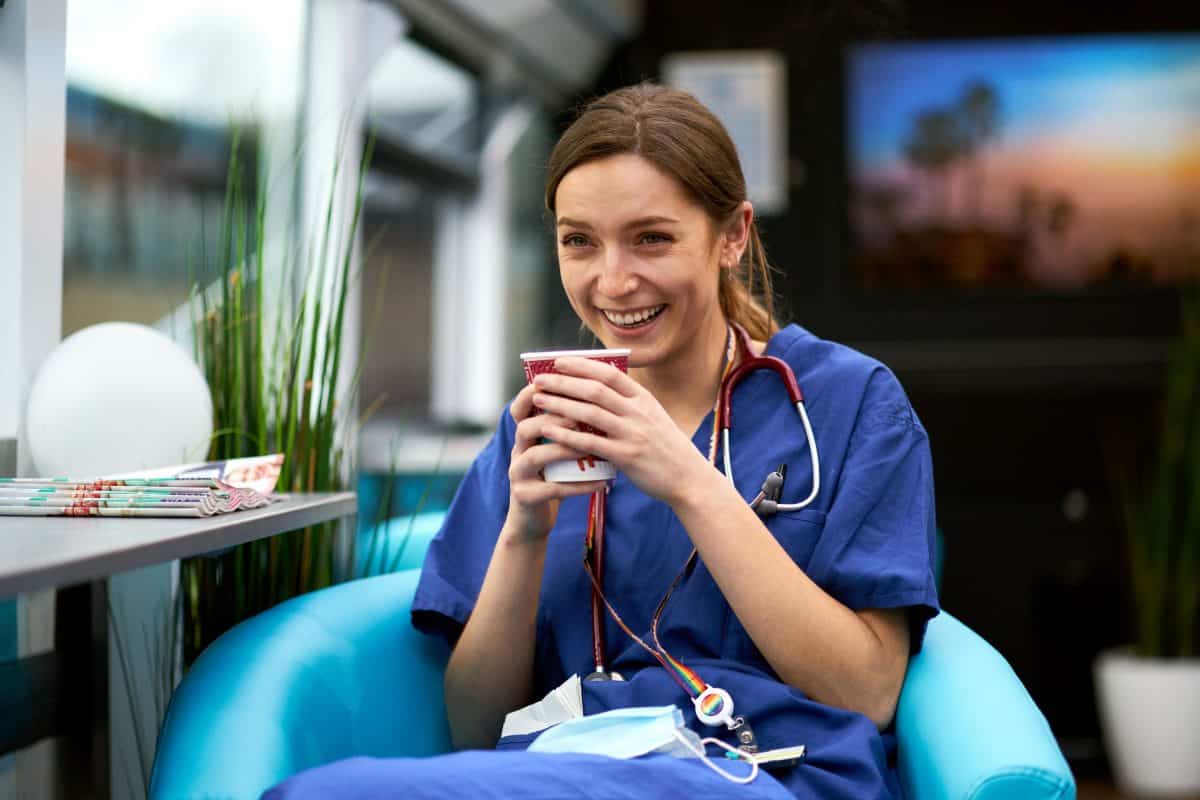 NHS staff are being given first class treatment by furloughed airline crew on a mobile wellbeing lounge.

Uniformed cabin crew and pilots are volunteering to serve refreshments to hard-working medical staff on a converted double-decker bus while flights are grounded due to the coronavirus pandemic.

The bus, named Wellbee, has a kitchen for food and drink preparation, and comfortable seating under a raised roof providing a space where hospital workers can relax on their breaks.

It was launched this week at Homerton University Hospital, north-east London, but will be deployed across Britain.

The scheme is part of Project Wingman, which began creating airport-style lounges in hospitals in April last year when demand for air travel collapsed following the outbreak of the virus.

Around 5,500 airline crew have been involved.

The bus will enable the initiative to reach smaller hospitals which do not have space in their buildings for a lounge.

EasyJet cabin crew member Viv Radi, 44, said she joined the programme because she felt “helpless” when the virus crisis began.

“The NHS were doing everything and we were told to stay indoors and all we could do was clap,” she told the PA news agency.

“I wanted to be out there doing something and this was the only way that I could do it.”

Ms Radi, of south-east London, explained that in addition to enjoying the refreshments, hospital workers also welcome the chance to talk with someone who is not a colleague or patient.

She said: “All the NHS staff tell us ‘this is amazing, you’re all here in your uniforms, you all look so glamorous and you’re making us feel de-stressed’.

“They say it really helps their mental health.

“As cabin crew we have a similar skill set to the NHS, we’re used to dealing with people.”

She added that she has benefited from meeting staff who would normally be flying with other airlines.

“Usually when we’re flying we’re technically rivals,” she said. “Suddenly we’re all working together, making friends and supporting each other through all the uncertain times that we found in our industry.”