Footage on social media showed police vehicles being smashed and officers pelted with bottles and chased. 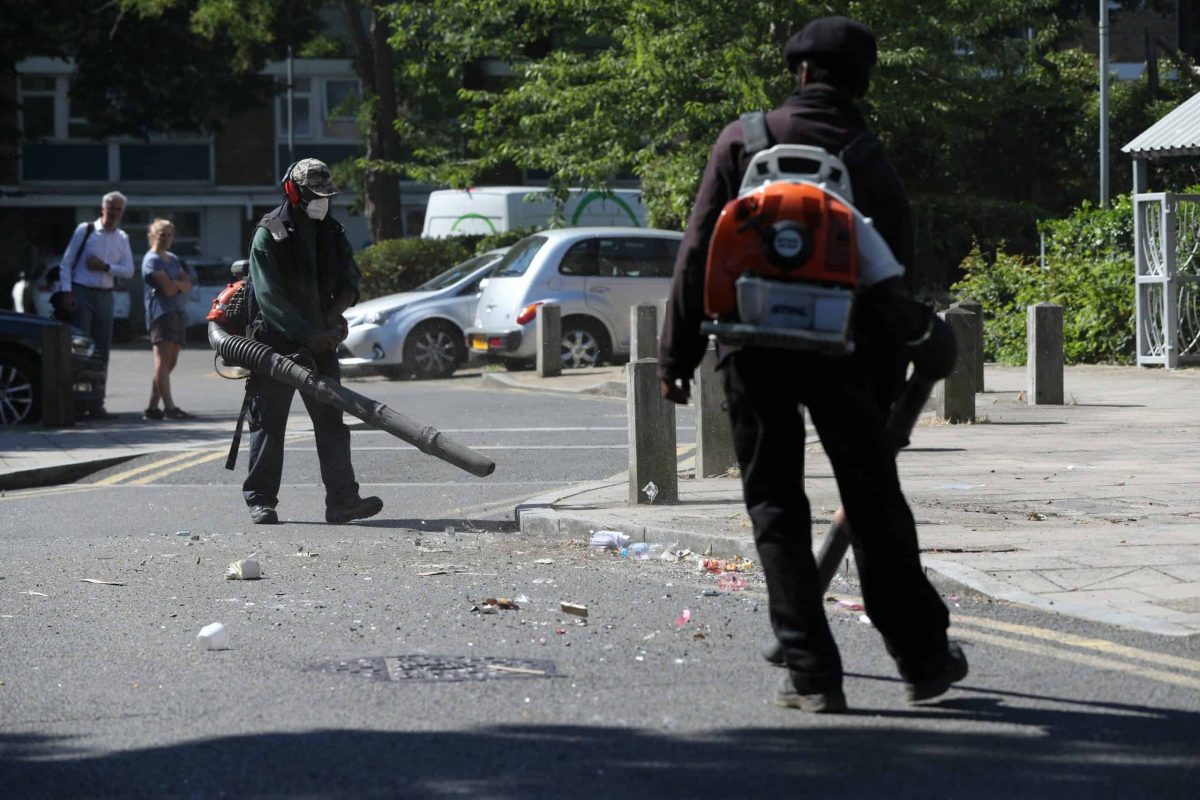 Nearly 30 officers were injured after a street party descended into violence, according to a police chief.

Footage on social media showed police vehicles being smashed and officers pelted with bottles and chased during clashes with a large crowd near the Angell Town estate in Brixton, south London.

Home Secretary Priti Patel described the scenes as “utterly vile” and said she would be speaking to Metropolitan Police Commissioner Cressida Dick.

Police said they were called to reports of a “large unlicensed music event” in Cecilia Road on Wednesday night, and officers tried to “encourage the crowd to leave”.

A Scotland Yard statement said: “The event continued and more officers attended the scene and the group became hostile towards officers.”

Last night @LambethMPS responded to calls from local residents, concerned about a large gathering in Brixton.

We encouraged the crowd to leave, but they did not engage. At least 15 officers injured, 2 required hospital treatment.

One witness, who did not want to be named, told the PA news agency: “After the police backed up, the group of people then forced the police out of the estate, throwing things at the police, smashed up a police car that they abandoned and then it moved more towards the main road.”

Four people are in custody after arrests were made for assault and public order offences, the Metropolitan Police said.

The force said a total of 15 officers were injured, two of whom required hospital treatment, while a small number of police vehicles were damaged.

15 more colleagues injured in deplorable scenes. Police officers are not punchbags. This violence is despicable. We wish our injured colleagues all well. https://t.co/BhrT5ONNq3

But Ken Marsh, chairman of the Metropolitan Police Federation, which represents rank-and-file officers, told PA that nearly 30 of his colleagues were hurt, including “walking wounded”, and described the incident as “absolutely shocking”.

“It’s a very, very difficult situation that my colleagues are faced with, with an unlawful event taking place and upon arrival they are met with hostility from the off,” he said.

“No-one expects this level of violence and hostility to just erupt at the speed it does towards police. It’s horrendous.

“We are rufty-tufty and can deal with violent disorder but it’s not pleasant and it’s not nice to have to go somewhere where someone wants to try and kill you.”

London Mayor Sadiq Khan said that large gatherings during the Covid-19 pandemic are “deeply irresponsible and risk others’ lives”.

“I’m in touch with the Met Police about the completely unacceptable events in Brixton overnight. Violence against the police will not be tolerated,” he added.

Ms Patel condemned the violence, which came days after a suspected terrorist was tackled to the ground by an unarmed police officer in Reading, Berkshire, on Saturday evening.

“These are utterly vile scenes,” she said.

“Just last weekend, the whole country came together to praise our heroic police officers for putting their own lives on the line to keep us safe.

“I’ll be picking up with the Met Commissioner immediately.”

The Metropolitan Police said the party was finally cleared in the early hours of Thursday, while a Section 60 order, which gives police powers to stop and search without reasonable suspicion, was later put in place in the area.

“These gatherings are unlawful”

Commander Colin Wingrove said: “Our role is to protect the public and ensure guidelines are adhered to in order to prevent the spread of Covid-19, protecting the NHS and save lives

“Our officers work incredibly hard to engage and explain the public health message and regulations to prevent such gatherings occurring.

“Last night we received numerous concerns from residents complaining about a large gathering, noise, anti-social behaviour and violence, and officers responded to those concerns.

“These gatherings are unlawful, as well as posing a risk to public health and against coronavirus restrictions.

“The violence shown towards officers is totally unacceptable and we will not tolerate it in any form.

“An investigation into the incident is now taking place and those involved will be brought to justice.”