African farmers from a remote village in northern Zambia have teamed up with the UN’s International Fund for Agricultural Development (IFAD) to send a giant message to world leaders gathering in New York this week – invest more in agriculture if you want to end poverty and hunger by 2030. And to get their message […] 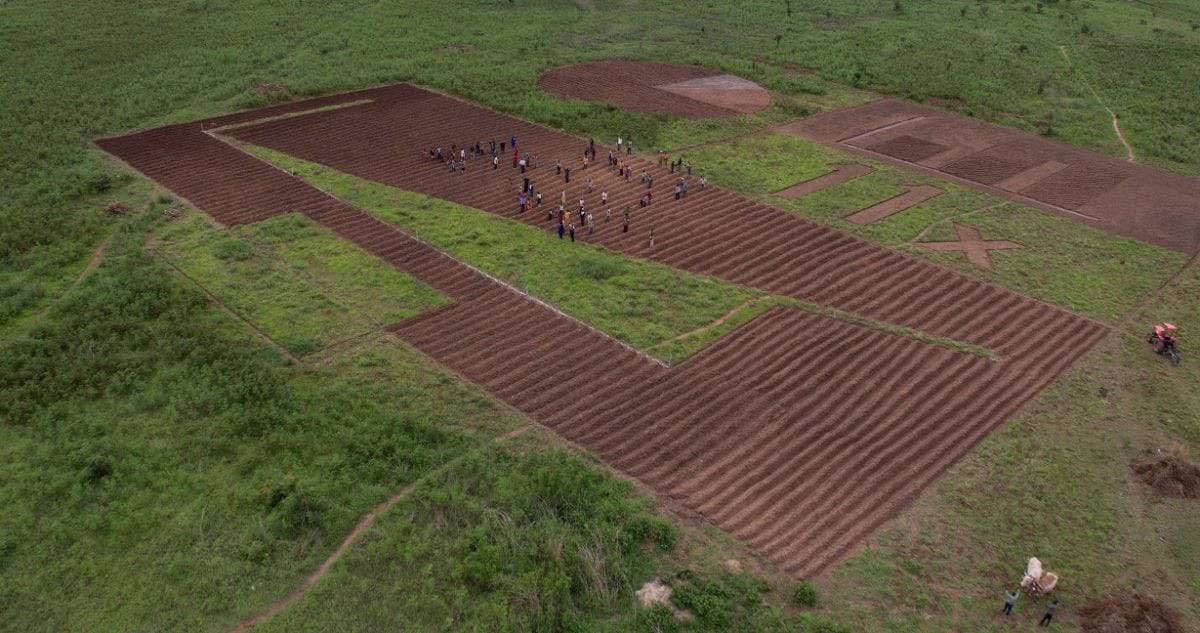 African farmers from a remote village in northern Zambia have teamed up with the UN’s International Fund for Agricultural Development (IFAD) to send a giant message to world leaders gathering in New York this week – invest more in agriculture if you want to end poverty and hunger by 2030.

And to get their message the attention it deserves, the 16 farmers from Kasama, Zambia carved their case for investment into the very soil they farm, producing a giant “Field Report” with a pie chart, graphs and numbers that explain why long-term, transformative investments in smallholder agriculture are so important.

“The Field Report makes the case for investment in agricultural development in the very land that needs it the most,” said Gilbert F. Houngbo, President of IFAD. “We were inspired by the sheer power and potential agriculture holds to reduce poverty and hunger, contribute to vibrant, self-sustaining communities and dramatically increase the food needed to feeding a growing population.”

The message from the farmers of Kasama comes at a critical time. According to an IFAD-supported joint UN report launched last week, global hunger is on the rise again, affecting 815 million people in 2016, or 11 per cent of the world’s population. 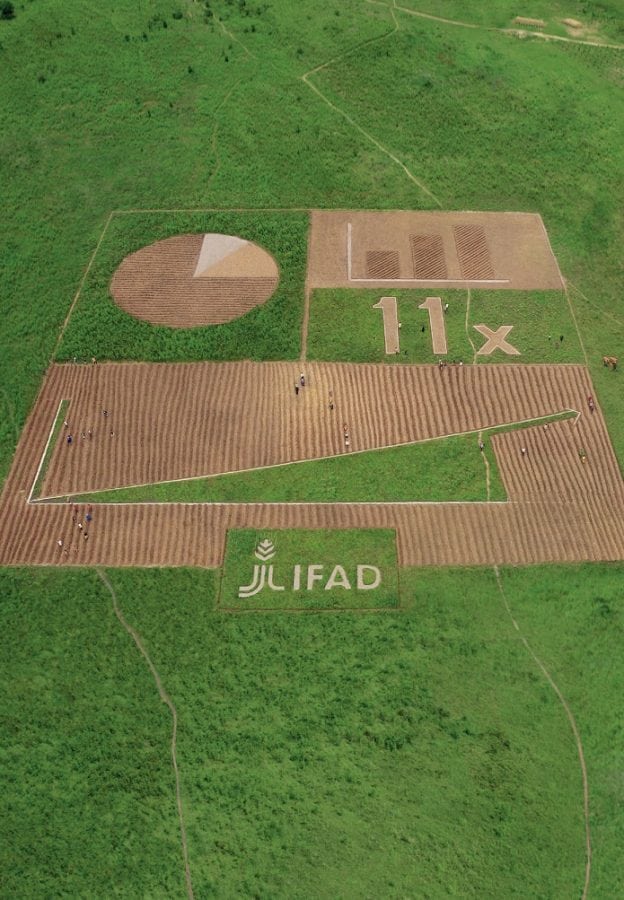 At the same time, multiple forms of malnutrition are threatening the health of millions worldwide. Of the world’s hungriest people, 243 million reside in Africa. Throughout the region, food insecurity has been exacerbated by violent conflicts and climate-related shocks. In Kasama, farmers have had to deal with erratic rainfall and depleted soils as a consequence of a changing climate.

“When the drought hit, my crops did not have enough water. I had low yields and a shortage of food. I could not feed my children,” said Augustine Chilumba, 60, a bean and maize farmer who contributed to the project. “Farmers in Africa need more support. We need ploughs, fertilizers and good quality seeds.” 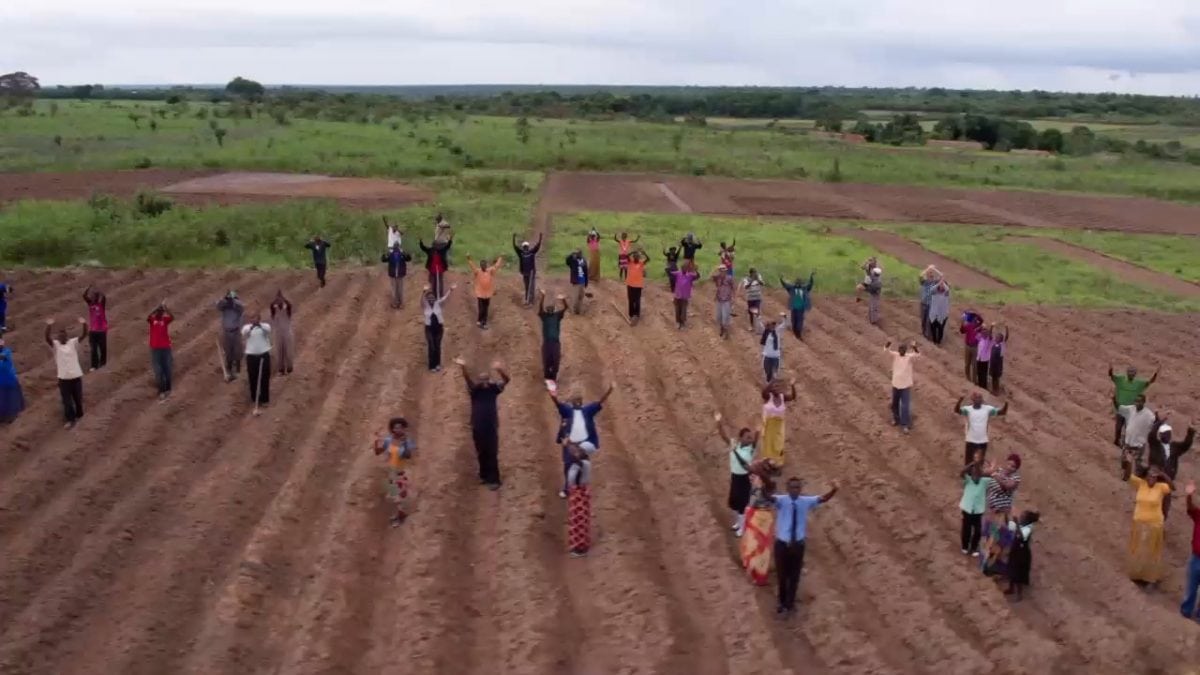 The contents of the “Field Report” are best seen in aerial footage produced by IFAD. In one shot, a large pie chart carved into the soil reveals that Africa has 25% of the world’s arable land but only produces 10% of its agricultural output. The continent spends US$35 billion on food imports a year, but if this money was invested in developing smallholder farming and rural infrastructure, Africa could feed itself.

Further along, a bar chart filled with local foliage illustrates the growth of urban populations. Year after year, people are leaving rural areas in Africa. Many are young people hoping for jobs in cities and abroad. By 2030, half of all Africans will live in cities. Investing in rural development can create opportunities for the 12 to 18 million young Africans who enter the job market every year.

A line graph at the base of the field shows the steady upward growth of the world’s population, expected to reach nearly 10 billion by 2050. With more than 2 billion more mouths to feed by mid-century, agricultural production will have to double.

Small-scale farmers are the world’s largest group of local food producers. Investments in sustainable and climate-friendly farming methods will support them as they play a fundamental role in feeding their communities.

Finally, the footage reveals a giant “11” that makes the point that in sub-Saharan Africa, growth from agriculture can be 11 times more effective at reducing extreme poverty than growth in any other sector. Greater investments in agriculture is critical to lifting millions of people out of poverty and feeding the 815 million people who are undernourished today.