A barrier outside the Conservative Party Conference has been making the rounds on social media today ahead of the Conservative Party Conference. Delegates convened yesterday for the first day of the annual meeting in Birmingham with several big issues on the agenda. But despite international issues such as Brexit dominating most of the headlines it […] 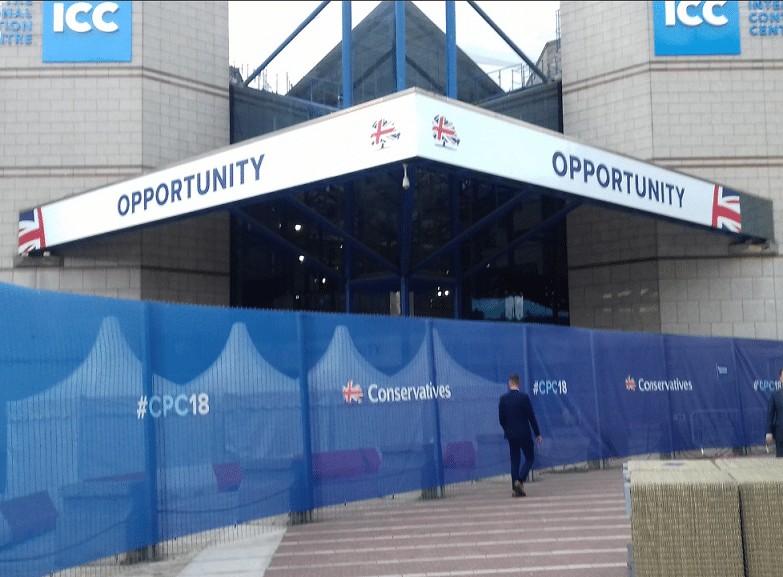 Delegates convened yesterday for the first day of the annual meeting in Birmingham with several big issues on the agenda.

But despite international issues such as Brexit dominating most of the headlines it was opportunities at home that grabbed most attention on social media.

A tweet by Channel 4 correspondent Ciaran Jenkins went viral after the reporter spotted that a barrier had been erected outside the door to opportunity.

The fence, which was emblazoned with Conservative Party branding, presented an open goal opportunity for sketch writers to poke fun at the party’s reputation for offering opportunities to the few rather than the many.

Bit of a gift to sketch writers at the Tory conference where there is literally a barrier to opportunity. (Photo: @Labour4EU) pic.twitter.com/q2giPAhRWI