“Increasing NI and now this. Coupled with spiralling inflation and unaffordable housing. Attacking the younger generations because they’re too scared to tax their donors.” 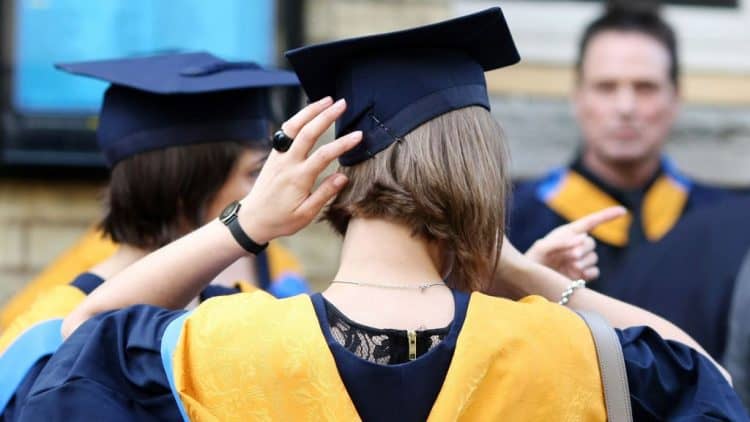 News that the salary level at which graduates start repaying loans could be lowered has been described as “absolutely grim” by one social media user.

According to reports in the Financial Times chancellor Rishi Sunak wants to overhaulstudent financing in his spending review ahead of October’s Budget over concerns that the taxpayer foots too large a bill for university courses.

Currently graduates begin paying back their loans when they earn £27,295 or more, but one unnamed minister told the paper that “the plan” is to reduce that figure – with estimates appearing to suggest the government wants to go back below the £25,000 mark.

Labour has voiced concerns that the move would unfairly hit women and those on lowest incomes.

Others have also shared concerns that lowering the threshold could come at precisely the wrong time, with graduate incomes already stretched.

Those earning the current £27,295 threshold have just learned they will be paying a marginal tax rate of at least 42.25 per cent when National Insurance (NI) costs go up – 33.25 per cent for non-graduates.

Matt Western, the Labour MP for Warwick and Leamington, tweeted out the development and criticised the Conservative Party for “widening the gap” between the working class and the wealthy.

“Widening the gap: govt plans to drop the student loan repayment threshold to £20k which will impact hardest on women graduates, those on lowest and middle incomes ultimately paying c. £10,000 more,” he said.

“But wealthy students would be virtually unaffected!”

Meanwhile, a maths teacher took aim at the government for its failure to protect workers such as herself from the latest cost of living squeeze.

“Fully aware I’m very privileged compared to many in society,” Bec Greenhalgh, who works in Manchester, said. “BUT increasing NI and lowering the salary threshold for student loan repayment coupled with a teacher pay freeze is not what I had in mind when I accepted my mortgage offer.”

“Absolutely grim,” Sam wrote. “Increasing NI and now this. Coupled with spiralling inflation and unaffordable housing. Attacking the younger generations because they’re too scared to tax their donors.”