Murder squad detectives have taped off several streets close to where a 78-year-old man was arrested after he apparently challenged a burglar in his home. Several uniformed officers were at the scene in Hither Green in south east London this morning (Weds) but declined to say which home was involved. The 50-yard cordon covers several […] 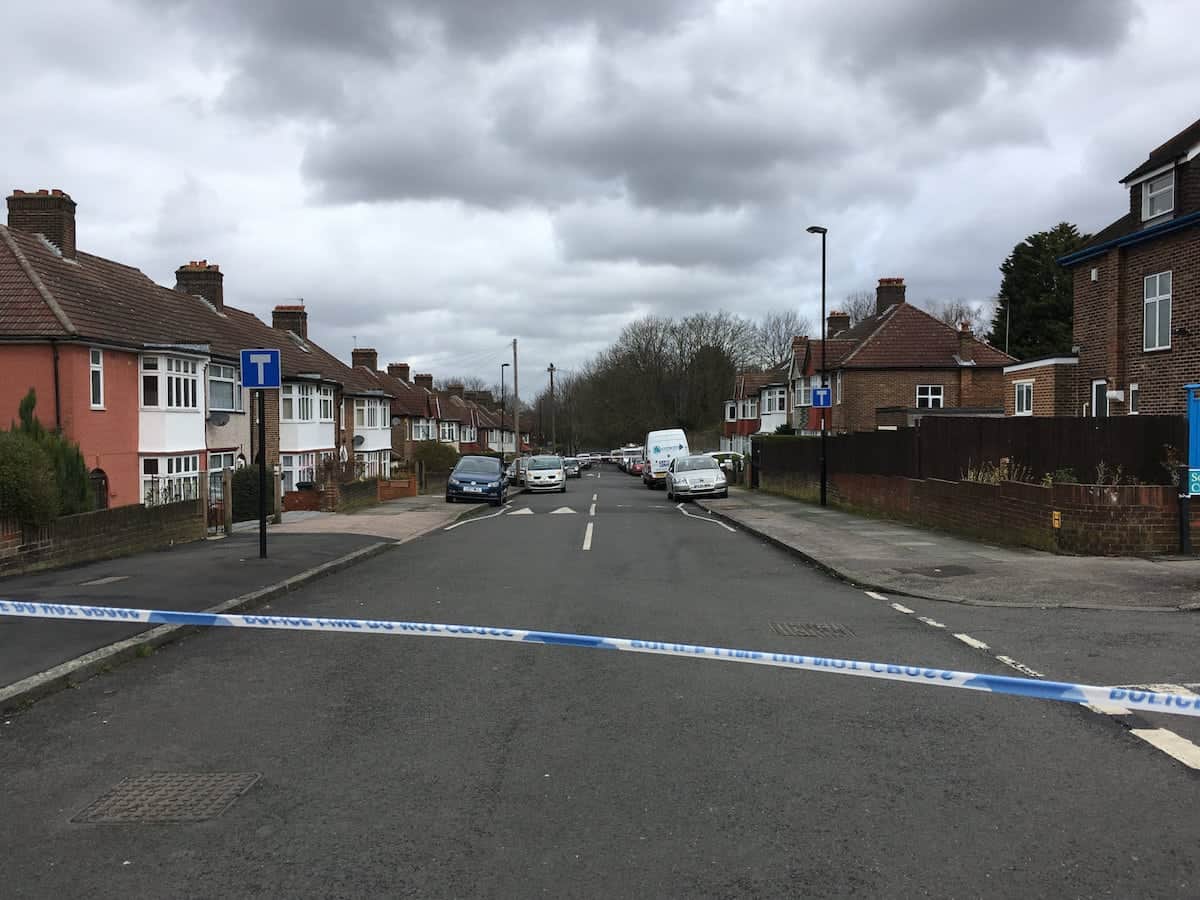 Murder squad detectives have taped off several streets close to where a 78-year-old man was arrested after he apparently challenged a burglar in his home.

Several uniformed officers were at the scene in Hither Green in south east London this morning (Weds) but declined to say which home was involved.

The 50-yard cordon covers several streets nearby in an area described by residents as “very quiet”.

Forensics experts were also sweeping the scene for clues this morning, with several officers in white suits in the area.

One was seen examining several cars parked on the pavement during the sweep.

A Met Police spokesman said the force responded to a burglary shortly before 1am, before the elderly man was arrested shortly after.

He said: “The 78-year-old resident had found two males inside his address.

“One suspect went upstairs while the homeowner was forced into the kitchen by the second suspect, armed with a screw-driver.

“A struggle had ensued in the kitchen during which one of the males found inside the property sustained a stab wound to the upper body.”

The man later died in hospital.

An elderly woman who lives at the edge of the cordon, who did not give her name, said: “I woke up in the night and heard a disturbance.

“I didn’t get up, but I saw all the police this morning.

“It’s scary, this is normally a very quiet area.”