The Amazon founder plans to launch himself into space later this month. 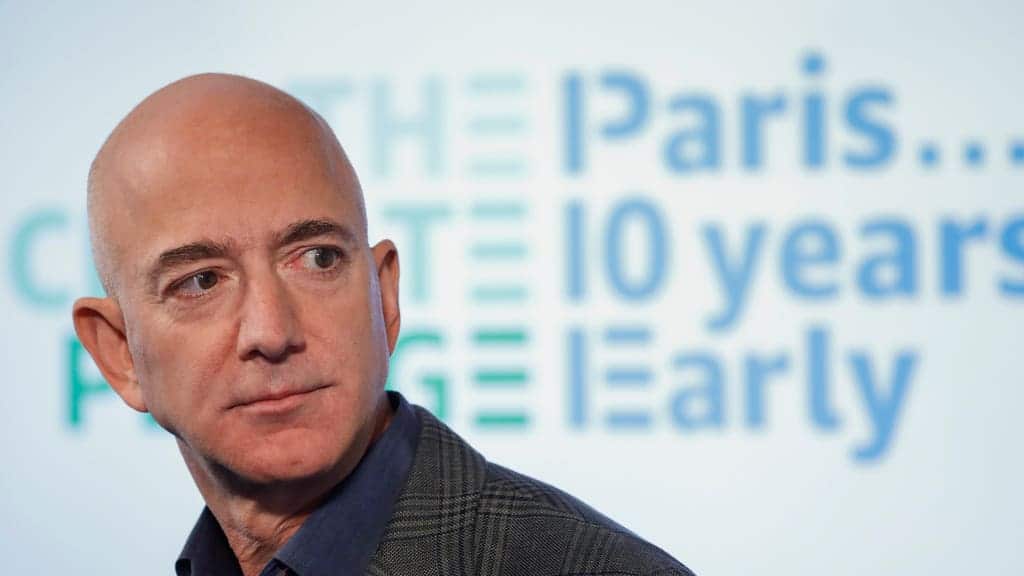 Jeff Bezos has stepped down as chief executive of Amazon, handing over the reins as the tech giant navigates the challenges of a world fighting to emerge from the coronavirus pandemic. He now has his eyes focused on interstellar affairs.

Bezos, Amazon’s biggest shareholder with a stake worth about 180 billion dollars (£130 billion), will still hold sway over the company he started in his Seattle garage in 1995. But for the time being, he’s got other things on his mind. On 20 July, Bezos is flying to space on the New Shepard rocket, built by his space venture Blue Origin.

“Ever since I was five years old, I’ve dreamed of traveling to space. On July 20th, I will take that journey with my brother. The greatest adventure, with my best friend. #GradatimFerociter,” Bezos wrote on Instagram.

“To see the Earth from space, it changes you. It changes your relationship with this planet, with humanity, it’s one Earth,” Bezos continued in the video. “I want to go on this flight because it’s a thing I’ve wanted to do all my life. It’s an adventure. It’s a big deal for me. I’ve invited my brother to come on this first flight because we’re closest friends.”

But a petition has been signed by well over 150,000 people who are keen for the richest person on the planet to stay in space once he is up there, the description of which reads, “Billionaires should not exist…on earth, or in space, but should they decide the latter, they should stay there.”

If that wasn’t enough, Jeff has competition. Never one to shy away from publicity, billionaire Richard Branson said he will beat the Amazon founder into leaving the planet.

Branson, who announced his plans last week, described on NBC’s “Today” show what it could be like once one of his dreams is realised, saying when he and his crew “become astronauts, I will pinch myself and pinch myself again and again.”

Richard Branson is set to become the first billionaire to travel to space on July 11, beating Jeff Bezos by nine days https://t.co/RaxX1uIvRm pic.twitter.com/kNJTdNhBFl