Witnessing a colleague sexually assaulted on the factory floor, women abused for not meeting targets and another fired for being pregnant – these are just some of the shocking experiences of violence and harassment garment workers in Bangladesh have shared with ActionAid UK. The charity, which empowers women and girls living in poverty, commissioned a survey […] 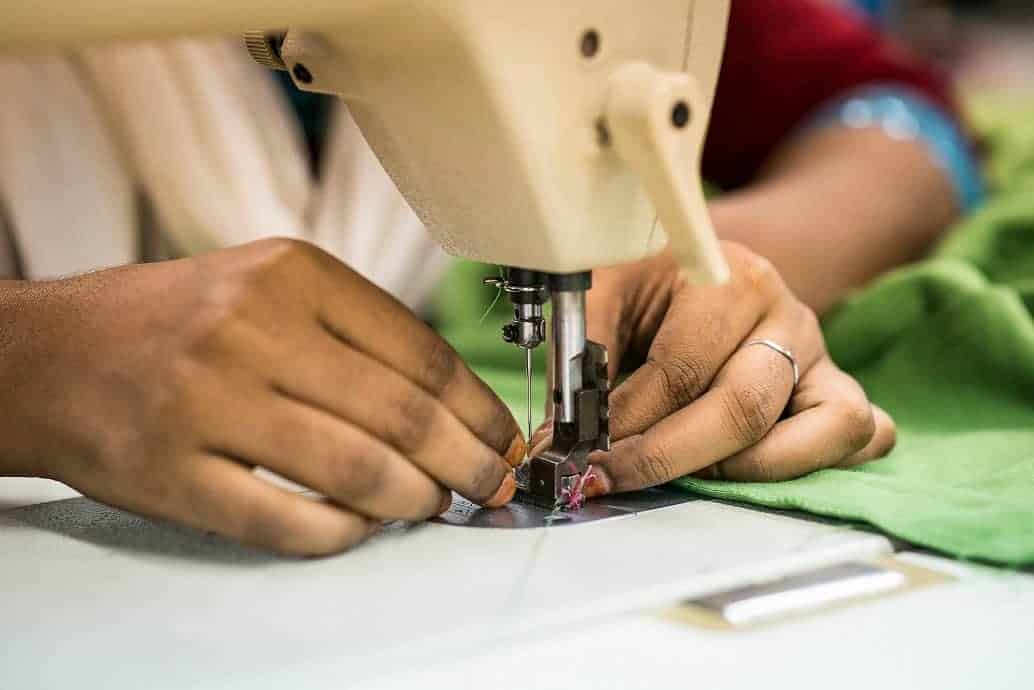 Witnessing a colleague sexually assaulted on the factory floor, women abused for not meeting targets and another fired for being pregnant – these are just some of the shocking experiences of violence and harassment garment workers in Bangladesh have shared with ActionAid UK.

The charity, which empowers women and girls living in poverty, commissioned a survey of workers in Bangladesh’s capital Dhaka. Six years after the Rana Plaza tragedy killed more than 1,100 garment factory workers, the charity is investigating how women are treated in the workplace.

The global justice organisation’s survey of 200 garment factory workers, including 181 women, found that 8 in 10 said they had experienced or witnessed sexual harassment and violence at work. 1 in 10 women surveyed said they were currently being subjected to sexual harassment, molestation and assault in the workplace.

ActionAid UK, which has projects in Bangladesh to help garment workers claim their rights, is releasing the findings as the International Labour Conference starts in Geneva this week. At the conference, an international law to prevent sexual violence and harassment in the world of work is set to be negotiated – no such law currently exists.

The charity is calling on the UK government to use its influence to champion women and girls around the world. It says that the UK can help ensure bold, robust language is used in the new law to ensure gender-based violence in the workplace is truly put to an end.

To coincide with this research, ActionAid UK also commissioned a YouGov poll of over 2,000 UK adults, which found that only 1 in 5 think it’s their responsibility to ensure the fashion they wear does no harm. Half of those surveyed said the companies selling the clothes are most responsible for ensuring clothes are produced in an ethical way. However 62 per cent say it’s hard to know which clothing brands are ethical.

The survey defined ‘ethical’ as clothing made in factories where workers are paid a living wage and work in decent conditions, free from violence and harassment. Just six per cent of adults in the UK currently buy ethical clothing, yet 72 per cent describe themselves as feminists.

Cost is also a major factor for UK consumers when faced with decisions over which brands to buy – over a quarter (26 per cent) said the price is a barrier to buying ethical fashion.

Farah Nazeer, Deputy Director of Advocacy at ActionAid UK, says, “There is currently no international law to prevent sexual violence and harassment in the world of work. In a world where 1 in 3 women and girls will experience violence, the fact that governments are not legislating where they have power to do so is a damning reflection of how we serve women justice.

“It’s not easy for the British public to buy fashion which does no harm – it’s not clear which shops are ethical and cost is a barrier too. That’s why it’s up to brands to ensure their businesses are not built on exploitation and up to governments to agree a strong, progressive treaty at the International Labour Conference this week that protects women.

“ActionAid UK work with women and girls to ensure that survivors have a voice and can claim their rights, but more needs to be done. Governments around the world must urgently start listening to survivors and show women and girls that when they speak up, they will be supported.”

Farah Kabir, country director of ActionAid Bangladesh, says: “Many garment manufacturers are taking important steps to improve building safety. Now it is time to tackle the gender-based violence that is still a daily reality for many of the women who make the clothes we wear.

“Governments and employers in Geneva this week can change that by backing legislation to protect all women, regardless of where they work, and make sexual violence and harassment unacceptable in any workplace, anywhere.”

Garment worker stories: “This piece is cloth is bathed in my blood, sweat and dignity”Shopna* has been a garment worker for 16 years and now operates a sewing machine. Over the years, she says, she has experienced many unwanted sexual advances and witnessed incidents of assault on other women by men in positions of authority.

She had a powerful message for the people who buy the clothes she makes: “It makes me happy that they are wearing something that I made. But I want to let them know that this is more than a piece of cloth. This piece of cloth is bathed in my blood, sweat and dignity. I’ve sacrificed all of that to be able to make a pair of pants [trousers] that you will wear and feel comfortable.”

ActionAid believes that no one should experience violence to make a living. In one factory where Shopna worked, she caught the attention of the manager, who would suggestively brush against her and say “crude” things to her. He repeatedly asked her to stay back after work, but she refused. He went on to physically attack her.

Many of the workers surveyed reported being grabbed, groped and hit on the head for not meeting their targets. One woman, Parul*, said that one day something “indecent” happened while most other workers were out for lunch. It is understood that a woman was assaulted on the factory floor.

Another woman said: “If we are unable to meet the required state of production, the supervisor swears at us, beats us up, or proposes something revolting. If we do not comply then we are harassed repeatedly, verbally and digitally [via mobile phone].”

Many said they complained about the behaviour of male supervisors, but they nothing was done to address their behaviour.

“They grope and push us when we are unable to meet the production target,” one woman said. “They also swear a lot. We complained to the [manager], who also didn’t pay any heed and in turn swore at us too and threatened to throw us out. We all wish to continue working only for the sake of our family. If they stop this then we can work peacefully.”

ActionAid UK is campaigning to secure access to justice for women and girl survivors worldwide. To find out more, visit www.actionaid.org.uk/justice.