A 4.7 megawatt wind farm which is set to be built in one of the most deprived parts of the UK has won the 2016 Community Renewable Energy Project Award. The community energy project, which has been running for 18 years, has raised £1.2 million so far and trained up ten local unemployed people in consultation techniques and […] 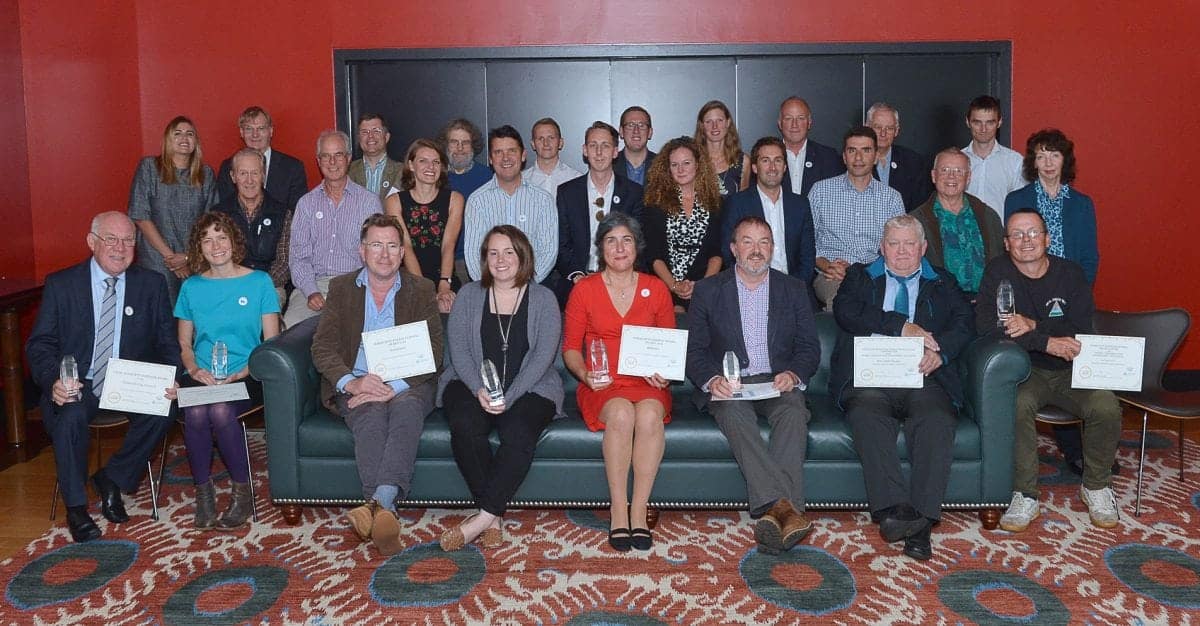 A 4.7 megawatt wind farm which is set to be built in one of the most deprived parts of the UK has won the 2016 Community Renewable Energy Project Award.

The community energy project, which has been running for 18 years, has raised £1.2 million so far and trained up ten local unemployed people in consultation techniques and then employed them for a year.

The Community Energy England and Community Energy Wales convened on Saturday to celebrate the achievements the sector made after a turbulent year of policy changes which acted to repeatedly change the hurdles and goal posts for many projects.

The nominations demonstrate how resilient, innovative and sustainable the community energy sector is despite the turbulent times the sector has seen this past year. The full profiles of the winners are below:

The community group which has undertaken the most inspiring energy conservation and/or management project.

Kayla is the driving force behind BHESCo and their work around energy saving initiatives in Brighton. As a champion for the Big Energy Saving Network, Kayla has established over 15 regular ‘Energy Advice Desks’ around the city, helping the community save money by switching tariff and tackling debt, as well as advocating on behalf of customers in dispute with their supplier. In one case, she saved a vulnerable single mother of three an estimated £600 on her annual energy bill, as well registering her for the Warm Home Discount, making total savings of £800 a year.

In Jan 2016, Kayla successfully secured grant funding for BHESCo from the British Gas ‘Charis Trust’ fund, and was able to launch Brighton’s first home Energy Saving Service. With the funding, she was able to make two volunteers into full time Energy Saving advisors. Since the service was launched, they have been able to visit over 75 households who are living in fuel poverty, and aim to have reached 100 by the end of June, and 200 by the end of the year.

Kayla has been the principal architect behind the service, providing training and support to the energy advisors, and establishing links with other community and voluntary sector organisations to help BHESCo reach as many isolated and vulnerable households as possible. She has also initiated a referral arrangement with the East Sussex Credit Union to help households finance energy saving improvements to their home via a low interest loan.

The Local Authority which has done most to help local, community energy organisations through partnering, investing or other support.

The community group and its funders and advisers, which have achieved the most inspiring results in bringing investment into the sector.

The Naturesave Trust has, over the past 20 years, tirelessly supported the growing community renewable energy community through small start-up grants and shares, that have assisted these organisations in realising their objectives. From grants to assist with start-up costs including the production of share prospectuses and through advice from its insurance arm Naturesave Policies Ltd, we have funded in excess of £275,000 of funds which have directly and indirectly helped community renewable energy organisations achieve their aspirations.

The most commendable collaboration between community and commercial / public / third sector partners.

North West Wales is a hot bed of activity for Community Energy. A number of community energy organisations came together to work collaboratively to really drive forward community energy in this area. Built around the success of the National Trust and Ynni Anafon Hydro they joined up with Antur Waunfawr, Ynni Padarn Peris and Ynni Ogwen. Initially the aim was to develop as many schemes as possible and Ynni Padarn Peris was successful in pre-accrediting for the old FIT rates. Unfortunately Ynni Ogwen were not and it left this project in doubt. However, this group of practitioners were never going to let that stop them so following a Community Energy Wales supported event they were introduced to Energy Local. This relationship has blossomed and they are now delivering the first trial of the Energy Local model to sell energy produced locally to local consumers in Wales. In order to do this they have worked collaboratively with Energy Local, local housing associations, SP Energy Networks, Co-op Energy as well as other partners including Local Authorities, DEG and Community Energy Wales. During this time they also worked together to raise over £700,000 through a share offer with 90% coming from within 15 miles. This was also after the EIS support had been removed. This project could be an award winner across numerous categories but I wonder if there are many other partnerships that could have achieved so much within 1 year of being established.

The individual who has done most to advance the community energy sector over recent years.

The Champion category evoked a lot of discussion and was a very difficult decision but in the end it was felt by the majority of judges that Alistair went that extra mile in his commitment to community energy at both a national and local level.

PEC is a highly successful community energy organisation with 1200 members, over 300 investors, 33 community owned solar installations and a variety of well-established grass-roots services helping the most vulnerable in society. It is revered nationally and has brought £6,500,000 of inward investment to Plymouth to address fuel poverty, energy efficiency and local clean energy supply. There is no doubt that this success is in part due to the passion of its members and the community, in part due to the support of Plymouth City Council and in part due to the hard work and dedication of the non-executive Board of Directors and staff team. The latter is led by Alistair Macpherson.

Alistair, as CEO, is the backbone of the organisation. He is the core negotiator on many of the partnerships and projects established by PEC. A shrewd strategic thinker, he is constantly juggling funding, seeking new opportunities and collaborations. Surrounded by a team of equally passionate and likeminded people, he encourages their innovation with respect and support. He in turn guides his team to move at lightening pace to obtain PEC’s objectives. His laidback, friendly and open manner ensures trust from those he meets. He oozes enthusiasm and passion for the community energy movement, recognises the need to work together to grow it and is not afraid to step outside the box to help drive an energy revolution.