A 16-year-old boy killed a Polish man with a single “Superman” punch to the head after laughing about his English, a jury heard today (tue). Arkadisusz Jozwik, 40, known as Arek, suffered skull fractures and fatal brain injuries after being hit from behind in a show of “immature bravado” by the teen. The youth, aged […] 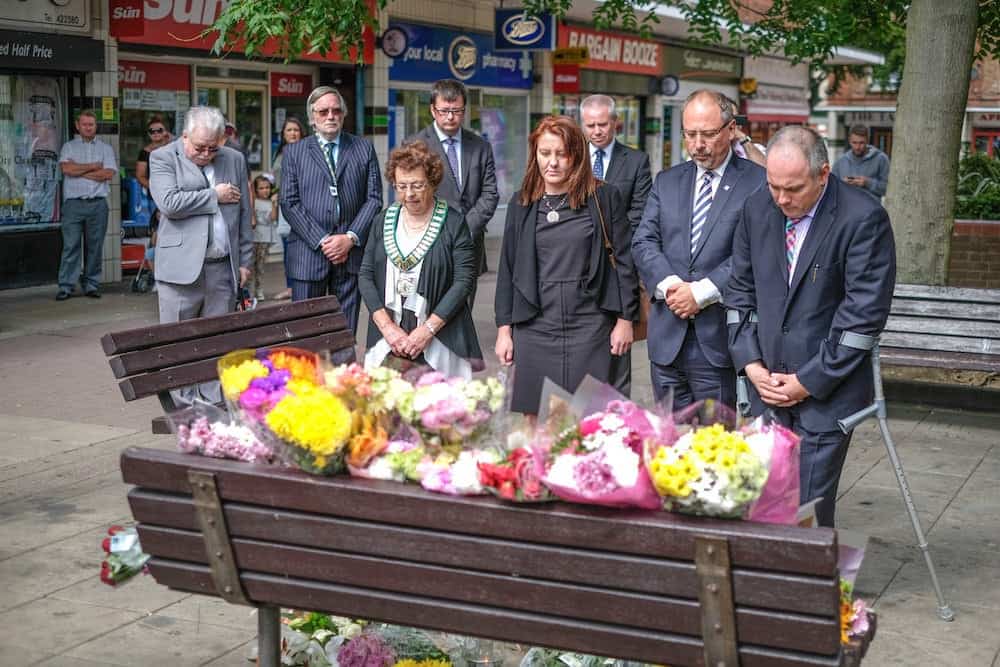 A 16-year-old boy killed a Polish man with a single “Superman” punch to the head after laughing about his English, a jury heard today (tue).

Arkadisusz Jozwik, 40, known as Arek, suffered skull fractures and fatal brain injuries after being hit from behind in a show of “immature bravado” by the teen.

The youth, aged 15 at the time, is said to have jumped from the ground to use the full force of his body to hit the factory worker in the head.

The defendant, who cannot be named for legal reasons, denies manslaughter.

Prosecutor Rosina Cottage, QC told Chelmsford Crown Court: “It appears there may have been some laughter about their English and one of the teenagers was cycling around the group.

“Mr Jozwik appears to have been doing nothing, we say he was not aggressive to the group and certainly not to [the youth].

“For whatever reason, maybe even immature bravado, the prosecution say [the youth] took a deliberate decision to use unlawful violence when he went round the back of the group to punch Arkadiusz Jozwik.

“He was aware that when he punched him with the force he used – a Superman punch – some harm would be likely to be caused.

“The fall to the ground caused a catastrophic brain injury from which he never regained consciousness.

“He had fractures to his skull and traumatic injuries to his brain which were the cause of his death.”

She added: “From what appears to be a ‘Superman punch’, if anyone knows what that is, that he threw he must have intended to send the man to the ground.

“From that [the boy] must have appreciated that Mr Jozwik may be caused some harm – he did not have to appreciate the amount, the extent of the harm that he did, in fact, cause.”

The jury heard how the defendant was part of a group of hooded teenagers cycling round Harlow, Essex around 11.35pm on August 27.

They saw Mr Jozwik with two friends outside The Stow shopping centre and began taunting them.

The court heard how rubbish was thrown at Mr Jozwik and his Polish workmates Radek Koscelski, Jacub Lusiecki as they ate pizza outside a takeaway.

Miss Cottage said: “Whether or not Mr Lusiecki had been saying ‘fight me fight me’, the two men were in a state that they were not any threat to the teenagers.”

Mr Jozwik suffered skull fractures and fatal brain injuries and was found with a “pool of blood under his head” after hitting the concrete floor.

He died two days later on August 29 at Addenbrooke’s Hospital in Cambridge.

The youth, who is represented by Patrick Upward QC and Peter Hunter, denies manslaughter.

He sat in the back of the court next to his parents and family of Mr Jozwik.

The trial, expected to last around ten days, continues.