It is estimated up to 1,000 people could be arriving daily from the country. 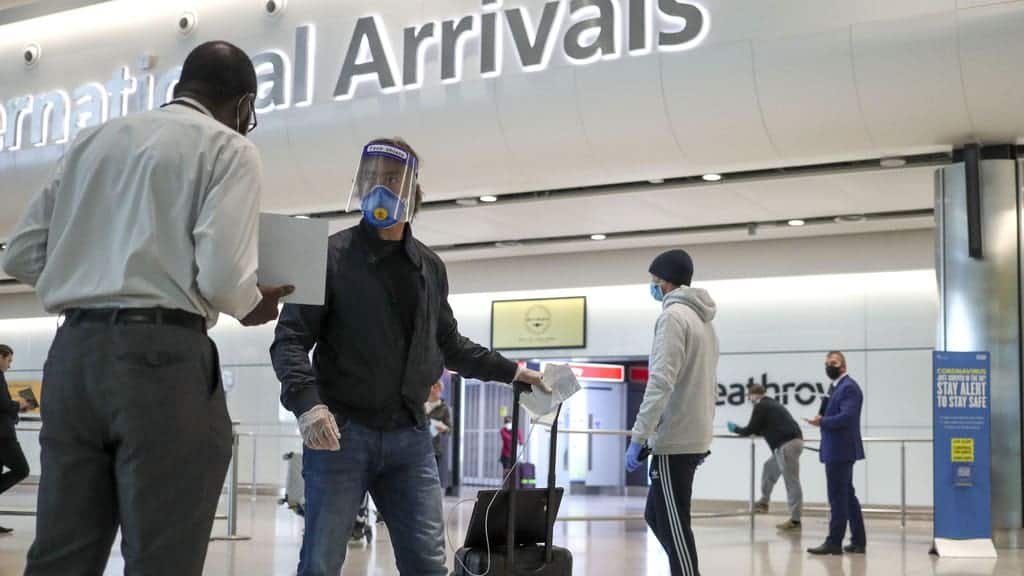 More than 100 direct flights from India have landed in the UK since the country was placed on the red list, it has emerged.

Concerns that up to 1,000 people could be arriving daily from the country have been circulating, with domestic travellers and those headed to recommended ‘safe spots’ potentially coming into contact with those from banned destinations.

Flights from India have continued to land in Britain at a rate of 4.5 per day in the three and a half weeks since the Asian country was added to the UK’s red list of destinations, according to an analysis of flight data by LBC.

Latest NHS data suggests 7% of those tested after arriving from India test positive – likely to be equate to around 600 people since India was added to Red List on 23rd April. Half of positive tests from India arrivals that are sequenced are infected with a worrying variant.

All international trips “are dangerous”

Would-be holidaymakers were left with their plans for a summer break up in the air after ministers appeared to contradict themselves over where the public are permitted to travel abroad.

With a new traffic light system brought in on Monday to allow some foreign travel to resume again after months of coronavirus lockdown, the Prime Minister stressed countries on the so-called “amber list” were “not somewhere where you should be going on holiday”.

Mr Johnson’s official spokesman, during a briefing with reporters on Tuesday, said holidays and leisure travel should still be restricted to the limited number of countries deemed safe by ministers, such as Portugal, which feature on the quarantine-free “green list”.

But two Cabinet ministers appeared to offer a different reading of the rules, with Environment Secretary George Eustice telling broadcasters people could go to amber-listed countries as long as they observed quarantine rules on their return.

“Please stay in this country”

Welsh Secretary Simon Hart, speaking after Mr Johnson’s comments on the matter, told Times Radio the public should ask themselves whether a trip to a country on the amber list was “essential” before conceding that “some people might think a holiday is essential”.

And despite the presence of a green list comprising 12 countries and territories, health minister Lord Bethell told peers he considered all foreign travel to be “dangerous” and urged Britons to holiday at home this summer.

Lord Bethell told the House of Lords on Tuesday: “Travelling is dangerous.

“We do ask people, particularly as we go into the summer, travelling is not for this year, please stay in this country.”

An aviation industry chief said Lord Bethell’s comments would cause “confusion” for families with trips booked.

Tim Alderslade, chief executive of Airlines UK, said: “These comments are simply not correct and will cause real anger amongst the hundreds of thousands of people whose livelihoods depend on international travel, and confusion amongst families who have booked travel under the Government’s own restart policy, now less than 48 hours old.

“People should not travel to red countries we know that, but to generalise against perfectly legal travel even to green countries is deeply unhelpful.”

The criticism came amid reports thousands of people had headed for destinations such as France, Greece, Spain and the United States – none of which are on the approved list – with more than 150 flights reported to have departed on Monday when travel rules were relaxed as part of a further phase of lockdown easing.