Sharon Agar-Hutty, 52, of Mordaunt Road, Wellesbourne, Warks., was sentenced to eight months in prison suspended for 12 months after pleading guilty to threatening Christopher Parry with a blade 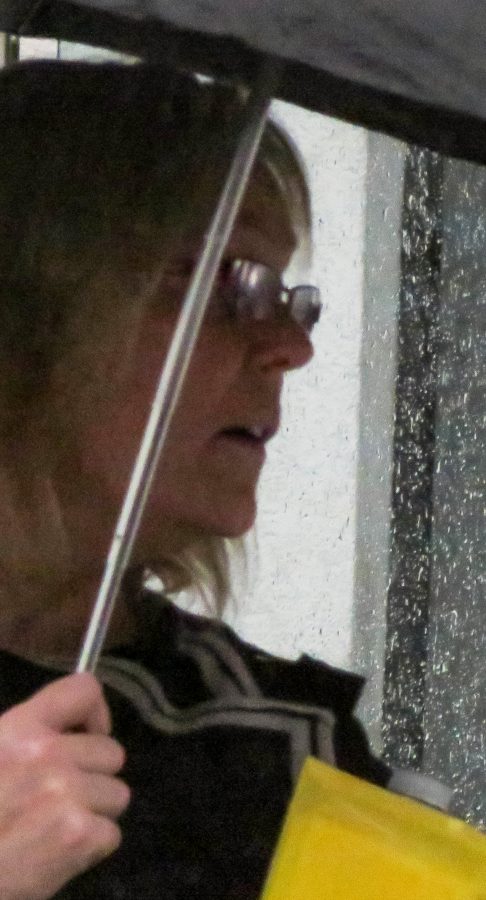 A respectable charity volunteer who chased her ex-partner with a knife because she thought he had stolen money from her has been spared jail.

Sharon Agar-Hutty, 52, was sentenced to eight months in prison suspended for 12 months after pleading guilty to threatening Christopher Parry with a blade.

She received the suspended sentence – despite new guidelines requiring immediate imprisonment for the offence – on account of her previous good character.

And even though Mr Parry received minor stab wounds to his chest and hand, she avoided being charged for that because he refused to make a complaint.

The court heard the incident took place on the afternoon of July 21 last year in Arden Street, Stratford-upon-Avon, Warks.

There was an argument between Agar-Hutty and Mr Parry in the street.

Witnesses said Agar-Hutty, of Mordaunt Road, Wellesbourne, Warks., had been chasing Mr Parry holding a kitchen knife with a five-inch blade in her right hand.

They argued and she had lunged towards him, the court heard. 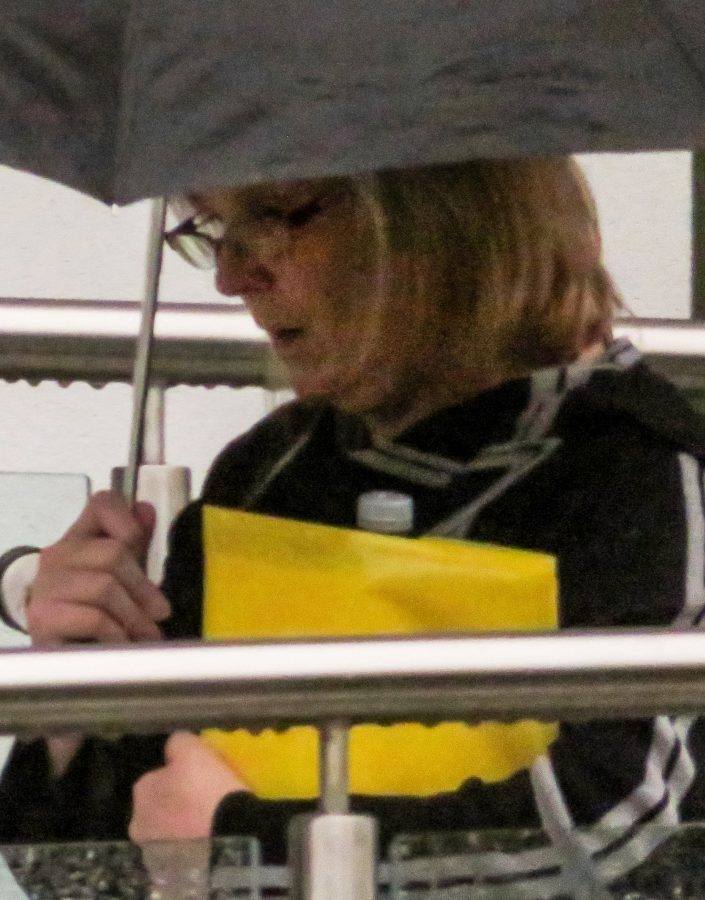 Mr Parry was seen at the scene to have had minor stab wounds to his chest and hand, the court heard.

But Mr Parry would not co-operate with the police, has not made any complaint and refused to allow access to his medical records.

As a result, Judge Sylvia de Bertodano said Agar-Hutty could not be said to have caused the injuries.

Sentencing Agar-Hutty, Judge de Bertodano told her: “You believed he had taken some money.

“I don’t know if he had or not, but your response to that was to chase after him, and the very serious mistake you made was to take with you a kitchen knife.

“If you take a knife to an argument to frighten someone, you take a very serious risk of injuring them much, much more seriously than you ever intended to.

“You are a woman of good character, you have spent your adult life giving up your time volunteering as a charity worker.

“You are of exemplary good character in every other respect.

“I am persuaded, just, that an immediate sentence is not appropriate.”

Following her arrest, Agar-Hutty explained that she had been in a relationship with Mr Parry and, although it had ended, he had visited her home that week.

She had been given £380 in cash to cover the cost of a repair to her car – but the money had disappeared from her home, and she believed Mr Parry had taken it.

She told the police she got really angry and upset, and decided to go to look for him to get the money back.

She told police she knew he would not admit it, so she took the knife to make him scared.

She drove to Stratford and saw him in Arden Street.

He came over, and she got the knife and got out of the car.

She told police she put the knife out in front of her to scare him while grabbing at his bag with her other hand as he was trying to get the knife off her.

She said she did not lunge at him. She accepted she was wrong to take the knife out.

Judge de Bertodano pointed out that sentencing guidelines stipulated a mandatory minimum sentence of six months immediate imprisonment “unless it would be unjust to do so”.

Jonathan Coode, defending, said: “The new guidelines were brought in, no doubt, because of gangland violence in London.”

The judge responded: “But they also apply in Stratford-upon-Avon.”

Mr Coode said: “We are dealing with a 52-year-old charity worker of previous good character. I would ask you to consider whether this is an exceptional case.”

He pointed out that the conviction means Agar-Hutty may no longer be able to continue the work she does with two or three charities.

He said: “If she goes to prison, there is no chance at all of her keeping any of her work.”

Of the incident, he said she and Mr Parry had become close because of her charity work, and although their relationship ended, they had remained friends.

There had been a crash in which someone else was to blame for damage to her car.

She had paid for the repair with her credit card before the person responsible repaid her in cash.

He added: “It became clear Mr Parry had taken it, and she called the police – who I am sorry to say were extremely unhelpful, and she went to look for him and very stupidly took a knife with her.”