The unusual method was to ensure parts of the brain that control delicate hand movement and coordination were not harmed. 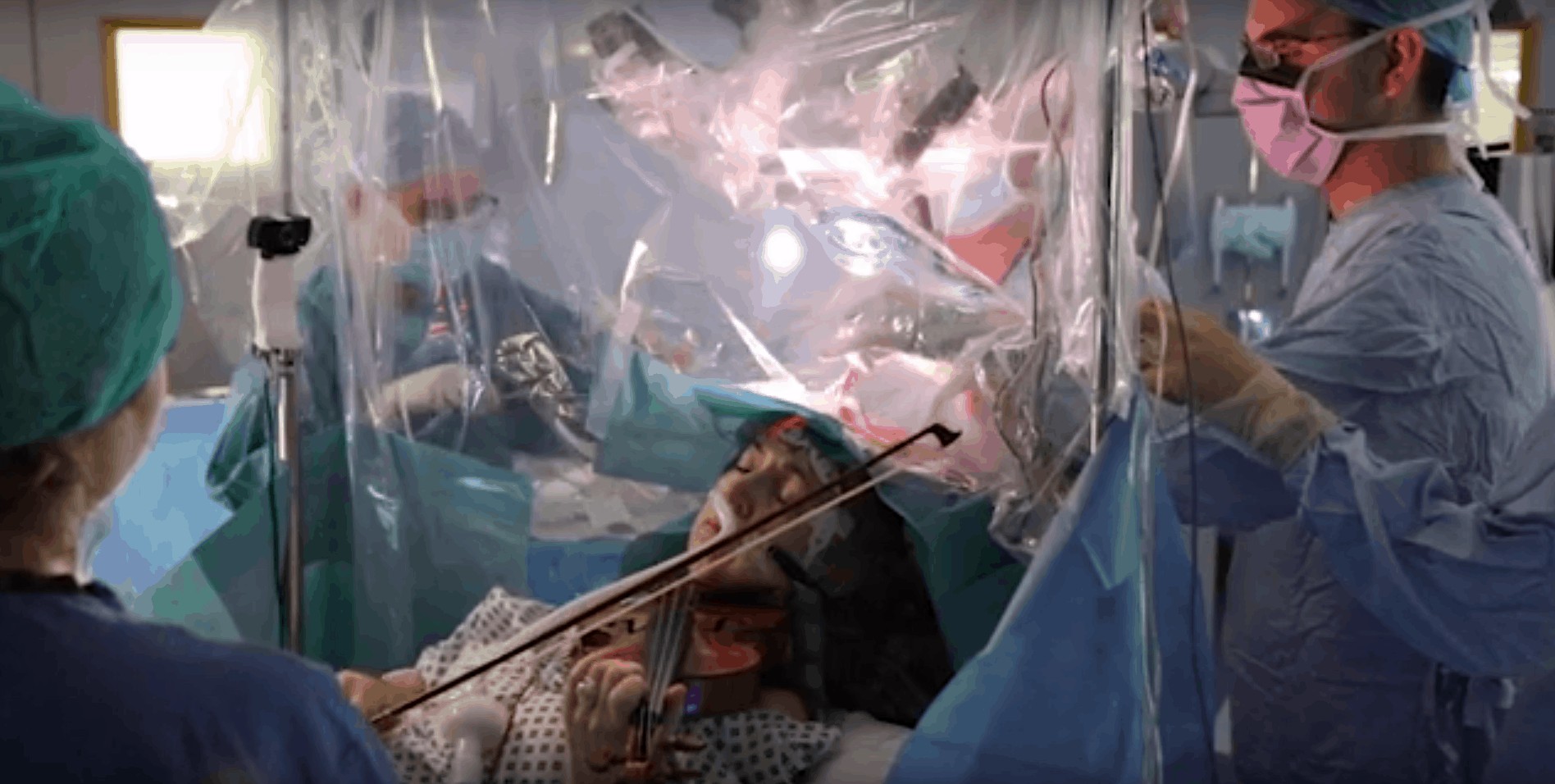 A patient played the violin while having a tumour surgically removed from her brain.

Dagmar Turner, 53, played the instrument to help ensure parts of the brain that control delicate hand movement and coordination were not harmed during the operation.

Professor Keyoumars Ashkan, consultant neurosurgeon at King’s College Hospital in London, said: “We knew how important the violin is to Dagmar so it was vital that we preserved function in the delicate areas of her brain that allowed her to play.

“We managed to remove over 90% of the tumour, including all the areas suspicious of aggressive activity, while retaining full function in her left hand.”

She was first diagnosed with a slow-growing glioma in 2013, having had a seizure while playing.

She had radiotherapy to treat the tumour but, when it became more aggressive last year, she decided to undergo surgery to have it removed.

The operation was specially planned to ensure her ability to play the violin would not be impaired.

Prof Ashkan, himself an accomplished pianist, and his team mapped Ms Turner’s brain before the operation to precisely identify which parts were active as she played.

They then brought her round during surgery, with the help of anaesthetists and a therapist, and she played her instrument as the tumour was removed.

Prof Ashkan said: “King’s is one of the largest brain tumour centres in the UK. We perform around 400 resections (tumour removals) each year, which often involves rousing patients to carry out language tests, but this was the first time I’ve had a patient play an instrument.”

Ms Turner added: “The violin is my passion; I’ve been playing since I was 10 years old. The thought of losing my ability to play was heart-breaking but, being a musician himself, Prof Ashkan understood my concerns.”

She was released from hospital three days after the operation and hopes to be back playing with her orchestra soon.