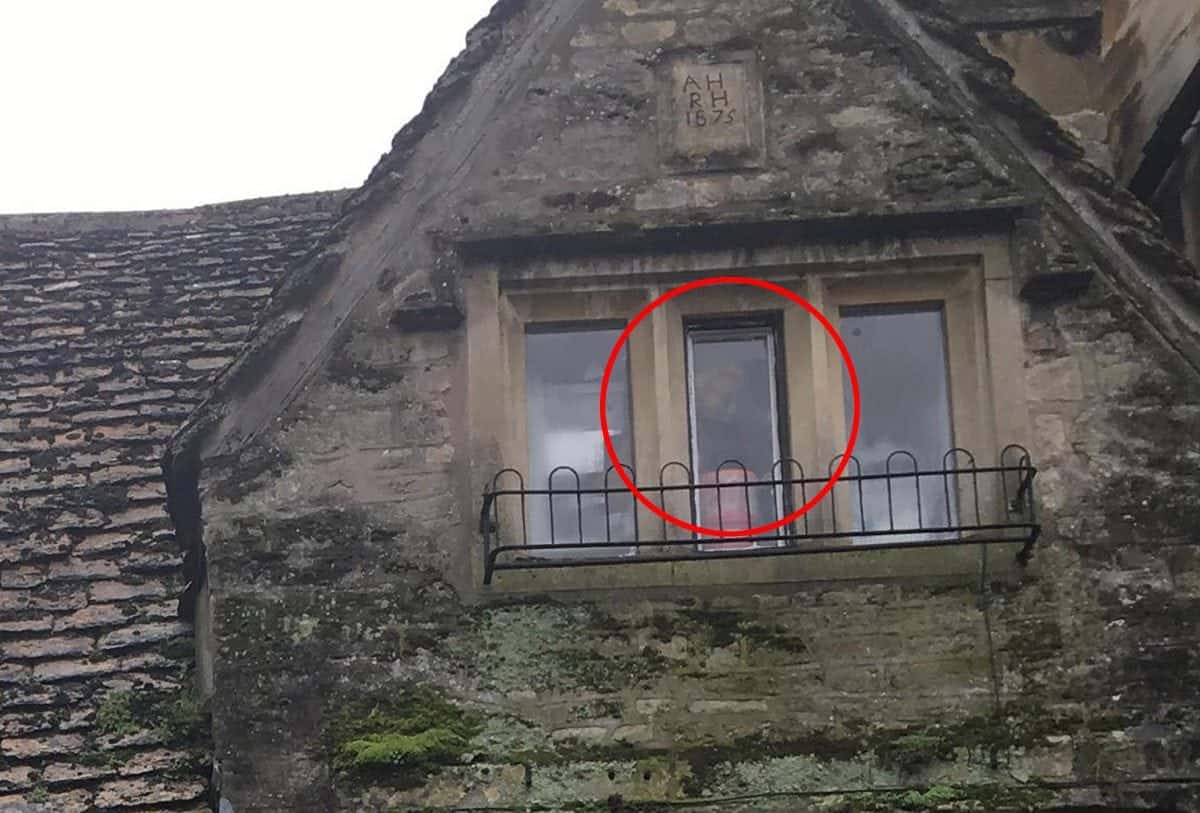 A couple were left spooked when they snapped a photo outside a 16th century tea room – and later spotted a ghostly apparition in one of the windows.

But it wasn’t until four days later, when Ally zoomed right in on the photo, that she spotted the ghostly face of what looks like a Victorian woman in the upper right window.

The ghostly figure appears to be a lady in a crinoline dress, who appears to be shocked or screeching, inside Bridge Tea Rooms in Bradford-on-Avon, Wiltshire, which dates back to 1502.

Simon, who lives in Bradford-on-Avon, said he is “sceptical” when it comes to the paranormal, but that he has been left very curious about the discovery.

He said: “I took the picture on the Saturday, and we posted it on social media. But it wasn’t until four days later that Ally randomly zoomed in to the photo, and spotted the face.

“She has no idea why she was zooming in, and wouldn’t have noticed it otherwise.

“I’m sceptical when it comes to the paranormal so I immediately just thought it could only be a bizarre coincidental reflection.

“But it looks so much like a Victorian woman’s face, and the staff have said it was 100% not possible for it to be a staff member.

“That, combined with the history of the place, it did make me wonder at the very least and still has me thinking now.” 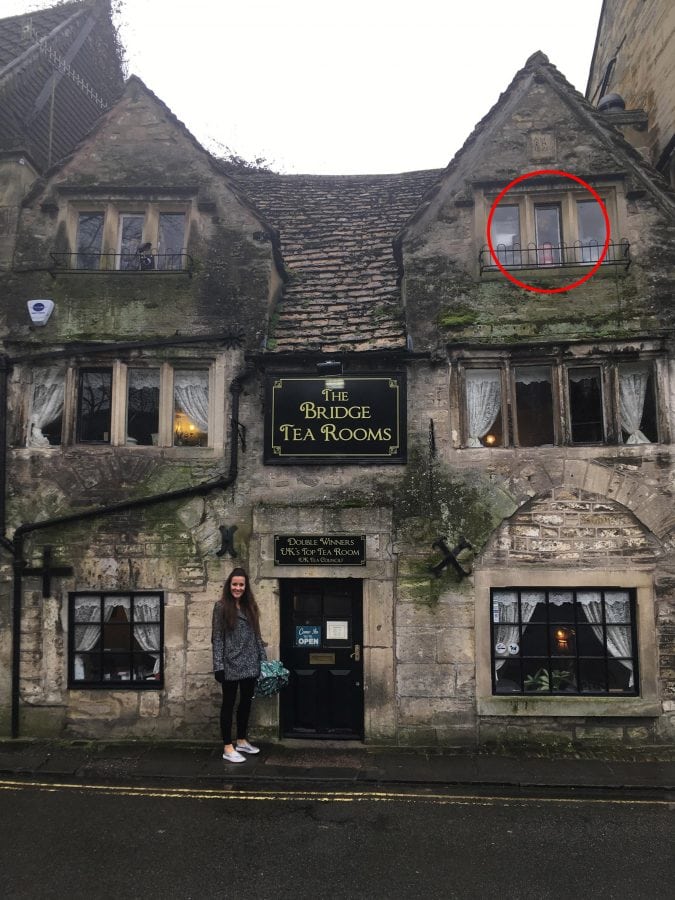 Simon passed a copy of his photograph to the tea room owners, Alison and Roy Hayward, who have been running the premises in 2006.

Alison said: “The image is so clear and it is such a funny angle as well.

“She’s standing upstairs where we normally make our cakes and scones. But we didn’t have any staff working there on that day who look anything like her.” 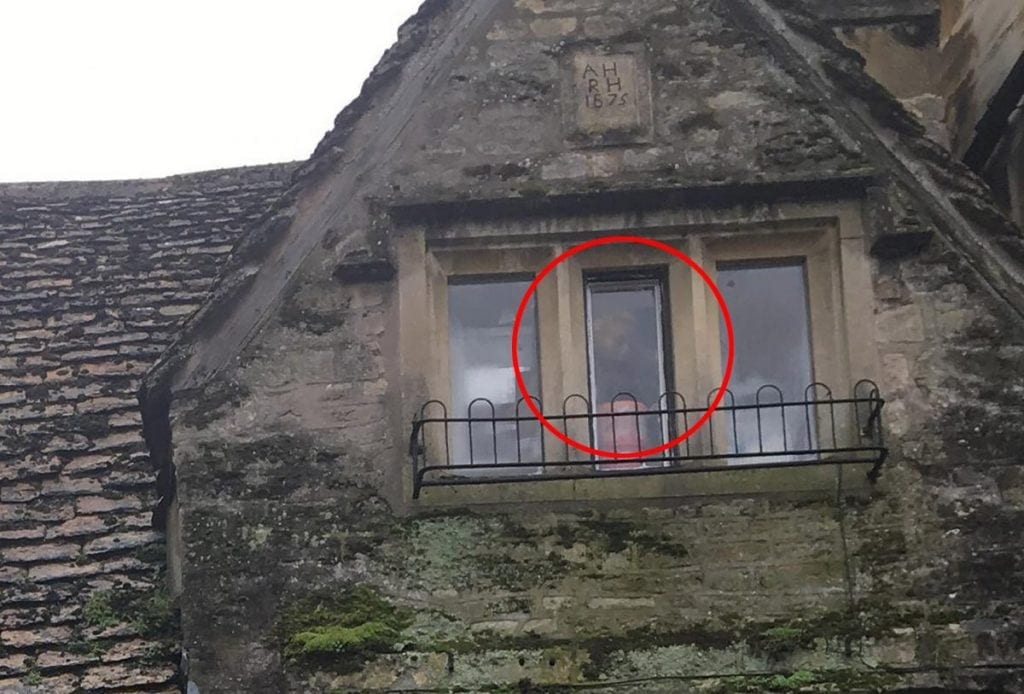 Alison, 53, said that the only staff working that day were herself, her Thai chef Nat Popa, 24, and Glenda Matthews, 62, who rarely goes into the kitchen upstairs.

She said: “Two of us have dark hair and Glenda has grey hair. The lady in the photograph looks to have fair hair.

“We have tried to take a photo from the same position but we can’t get the person at the same angle.”

During the past 11 years, Alison and Roy have hosted a visit from a group of ‘ghostbusters’ and regular visits from a medium.

“The medium has suggested that she may be a Victorian lady wearing a crinoline dress,” Alison said.

She added: “It’s a very unusual story but a ghost’s got to be good for business. Many people are interested in things like that.”