Bishop Phonsie Cullinan from Waterford & Lismore in the Republic of Ireland says that his diocese has received up to nine requests recently. 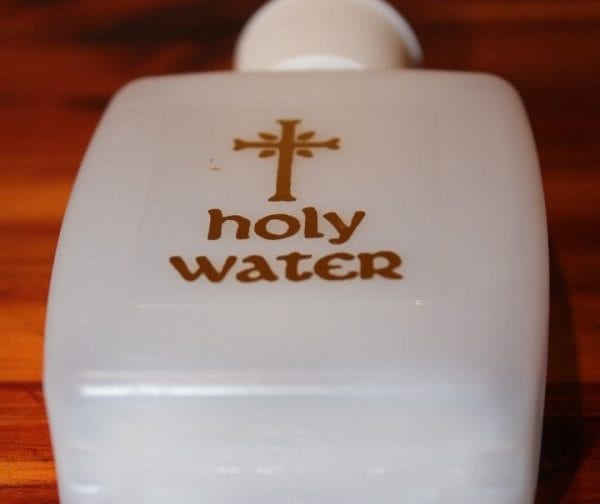 A bishop is forming a crack squad of exorcist priests – to deal with the rise in the number of ‘demonic possessions.’

Bishop Phonsie Cullinan from the Waterford & Lismore Catholic diocese in the southern end of the Republic of Ireland says that they have received up to nine requests recently.

The priest is now undergoing training as an exorcist to give people deliverance from evil spirits, and is recruiting others to deal with the incidents.

The Bishop said: “We are finding our feet in this area – it is something that there are more and more requests coming in for.

“It is a tricky area – it must never be done on one’s own and there always has to be prayer behind it.”

He said one such recent exorcism of a young girl who was able to ‘call out’ the sins of one of the exorcists who had not been to confession recently.

Bishop Cullinan said: “The priest had warned the four guys beforehand to make sure they had gone to confession.

He also warned that Reiki, a form of hands on healing popular among complementary medicine practitioners, can be a channel for evil spirits

Bishop Cullinan said: “I know that people are looking for healing but let’s be very careful where you go for healing – if you are opening yourself up to a spirit and someone is channeling a spirit, you could be channeling the wrong spirit.

“Because you are channeling ‘energies’, you could well be opening yourself up to letting in a spirit which is not good, and this is dangerous stuff.”

Earlier this year, Irish exorcist Fr Pat Collins called on bishops to train one or two priests in every diocese in Ireland as ministers of deliverance and of solemn exorcism.

Fr Collins expressed concern that some priests have been authorised to handle exorcism cases on an ad hoc basis.

He said: “Nearly every day of the year I receive an email or phone call from desperate people who feel oppressed by evil spirits or who believe that their home or workplace is haunted in one way or another.”

The number of exorcisms in Italy has tripled in recent years – with around half a MILLION people requesting help from demons annually.

Hauntings and demonic possessions have rapidly increased since 2016 – when the world’s most senior exorcist Fr Gabriel Amorth passed away.