A PCSO has been branded a “bully” for confiscating a man’s sealed bottle of cider and pouring it in a bin – claiming he wasn’t allowed to have it on the street. Video footage shows the support officer taking the 3L bottle of Frosty Jack’s Apple Cider from a 10p Tesco bag. He can then […] 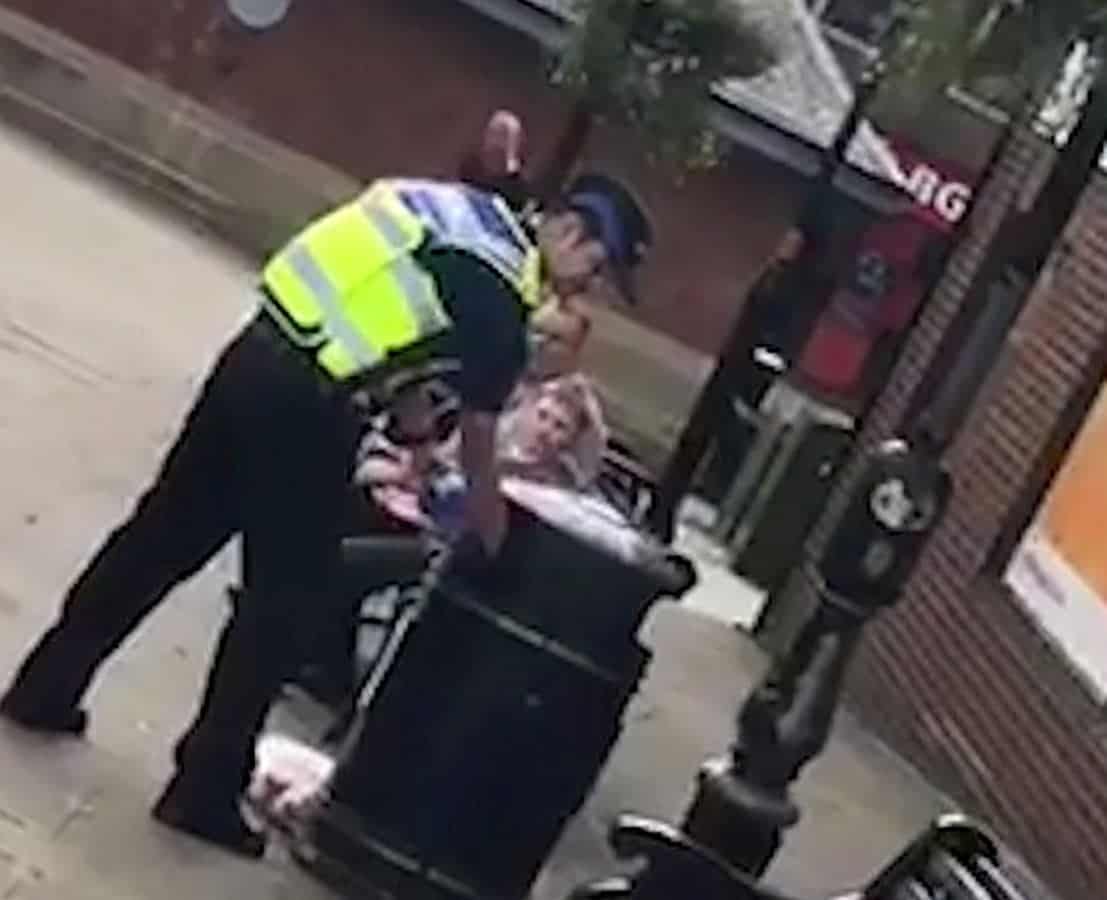 A PCSO has been branded a “bully” for confiscating a man’s sealed bottle of cider and pouring it in a bin – claiming he wasn’t allowed to have it on the street.

He can then be seen tightening his grip on the top as he appears to break the seal, before tipping it into the bin.

Nick Collins, 31, started filming the incident after he claimed he saw the officer run towards a man sitting on a bench Wellingborough, Northants.

In the video, Mr Collins can be heard saying: “Officer, don’t you think that’s bullying mate?”

“You’ve took a bottle of cider out of this man’s carrier bag, and now you’re pouring it in the bin, yeah?”

A bylaw introduced by the local authority in March states that it is an offence to continue drinking alcohol from an open container if asked by a law enforcement officer to stop.

But Mr Collins claims the bottle had not been opened and was inside a carrier bag when it was confiscated.

The man it belonged to, who was described as being in his 50s, can briefly be seen walking away from the bin where the officer is standing.

He said: “Both bottles were fully sealed and in a bag for life.

“He opened both bottles and poured them in the bin. I said, ‘Why are you pouring them into the bin?’ The council have to empty those.”

The father-of-one added: “He just seemed like a homeless man if I’m honest, but that touched me even more. Why make him out to be bad?

Mr Collins posted the video of the confiscation on Facebook, which happened at around 12pm on August 15 near the market square in Wellingborough, Northants..

After being confronted, the PCSO replies: “Yeah, bear with me and I’ll explain why.”

Mr Collins then asks: “Is it illegal for me to walk around with that in a bag?”

He adds: “Why have you stolen his drink?”

The PCSO says: “I’ve not stolen his drink.”

He then appears to show the legislation on his phone that allows him to take the 7.5 per cent booze from the man.

A Northamptonshire Police spokeswoman confirmed the man had his cider confiscated due to a Public Space Protection Order in the town.

According to Wellingborough Council’s website, the PSPO was put in place “to control a range of anti-social behaviour” in the town centre.

The order makes it an a criminal offence to consume alcohol or be “in possession of an open container of alcohol” outside of licensed premises, after being told to stop.

It also prohibits “being in the possession of any open vessel containing alcohol having been required by an Authorised Officer to surrender” it.

The force’s Chief Inspector James Willis said: “A Public Spaces Protection Order (PSPO) exists in Wellingborough town centre to prevent the anti-social behaviour that comes with street drinking – something we were having an issue with earlier in the year before the PSPO was implemented, and receiving a lot of complaints about from members of the public.

“A PSPO gives police officers and police community support officers the power to seize all bottles and cans of alcohol – opened or unopened – from anyone found drinking in the protected area.

“Before the start of the video circulating on social media, the person whose bottle of alcohol had been seized by our PCSO was found drinking cans of alcohol and was highly intoxicated.

“We are absolutely committed to ensuring the people who spend time in Wellingborough town centre feel safe and unintimidated as they go about their business.

“The PSPO contributes to that aim and has been well received by the majority of people in the town.

“We completely support the actions taken by our PCSO in this video and are satisfied that they were proportionate to the circumstances at the time.”