A brave war hero drew on his military past to see off a burglar he confronted on the landing of his home in the middle of the night. Heroic Arthur Phillips, 83, said his war-time fighting skills stood him in good stead when he we found himself face to face with Mark Lewis who had […] 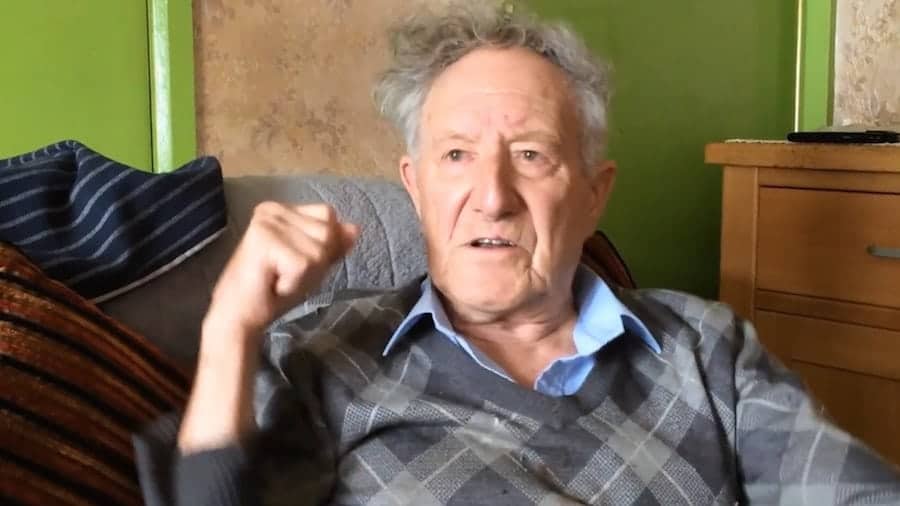 A brave war hero drew on his military past to see off a burglar he confronted on the landing of his home in the middle of the night.

Heroic Arthur Phillips, 83, said his war-time fighting skills stood him in good stead when he we found himself face to face with Mark Lewis who had broken in.

Arthur, who fought in the Malaya as part of the Somerset Light infantry during the Second World War, refused to give ground.

Former bricklayer Arthur, who lives alone, confronted Lewis, 51, and shouted “What do you want?”,

Lewis turned tail and fled and dived straight through the kitchen window, cutting himself as he did so.

Police matched DNA from blood – and a footprint – left by the fleeing villain to serial burglar Lewis, who admitted the offence, and now faces a lengthy jail sentence.

This evidence lead officers to Lewis, who had previous convictions for burglary and he has now admitted the crime during a hearing at Plymouth Crown Court.

Grandfather Arthur, of Plymouth, Devon, said: “I opened the back door ready for action, but they were gone. I came in, locked the door and phoned the police.”

He then realised that his front door keys were missing and £50 in cash had been taken from a bowl in his living room.

Arthur believes that the threat instantly awoke his military training and found he just sprang into action.

“I spent 15 months out in Malaya. We were on alert. You were lying there in the bed with a rifle behind you, ready to use it at a moment’s notice,” he added.

“They taught you how to be calm when you were in a situation.

“It hasn’t affected me. Shivering and shaking and God knows what, no. I stood my ground. I more or less took it in my stride.”

But the main effect was that Arthur now fears a repeat attack and is worried that every noise was a sign of another break in.

He believes Lewis should “definitely” go to prison for the distress he has caused.

Arthur added: “I didn’t sleep much. I felt uncertain for a great many nights.

“Tap tap next door, what’s on, what’s outside, is somebody else going to break in?”

“He challenged the person, asking them what they were doing on his property,” he said.

“That caused the person to run back downstairs. Mr Phillips followed as they climbed up on to his kitchen sink and disappeared out of the window.

“Mr Phillips noticed the window was smashed and a wheelie bin had been used to help the burglar climb up.

“£50 of cash that he kept in his living room had been stolen, and he later realised that his door key for accessing his house had also been stolen.

“Police attended and once it was daylight it was quite apparent that a spot of blood had been left on the net curtain to the inside of that smashed kitchen window.

“That was forensically examined and had this defendant’s DNA on it.

“The probability of that DNA belonging to anyone else is one in one billion.”

Judge Paul Darlow warned Lewis, of Plymouth, Devon, that he will likely be handed a jail sentence when he returns to court.

He is due to be sentenced on Tuesday.