Police are investigating after violence broke out between pro and anti hunt groups – following the discovery of a dead FOX. There were angry exchanges between the opposing groups following the death of the animal, which is believed to have been killed by hounds during a New Year’s Day hunt. The Silverton Hunt has denied […] 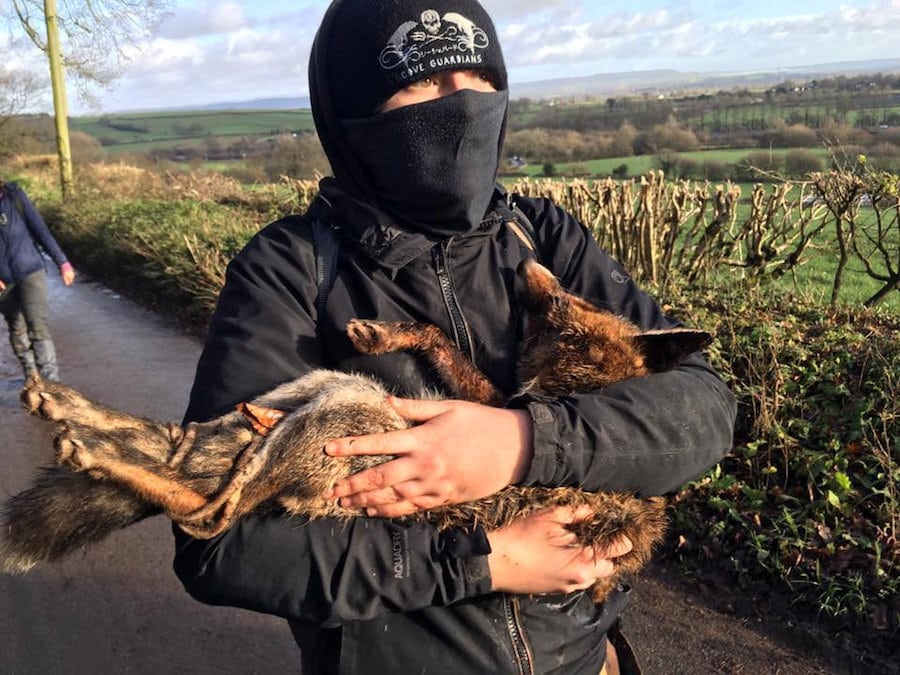 Police are investigating after violence broke out between pro and anti hunt groups –
following the discovery of a dead FOX.

There were angry exchanges between the opposing groups following the death of the animal, which is believed to have been killed by hounds during a New Year’s Day hunt.

The Silverton Hunt has denied breaking the law, and said that the saboteurs attacked one of their followers after the fox was killed “accidentally.”

The incident led to angry confrontations between hunt followers and saboteurs, with each side alleging that they had met with violence at the hands of the opposition.

In a statement issued through the Countryside Alliance, the hunt, which is based near Cullompton, Devon, said: “The Silverton Hunt operates within the law by trail-hunting and complying with the Hunting Act 2004.

“On any occasion, if we become aware that hounds have deviated from the trails that have been laid and are following the scent of a live fox then the hounds are stopped as soon as possible.

“The police have been informed that a fox was accidentally killed on New Year’s Day when we believe the hunt saboteurs turned a fox back into the hounds.

“It is with regret that one of our hunt supporters – who was following the hounds on New Year’s Day – was injured in an unprovoked attack by a hunt saboteur and subsequently required hospital treatment.

“The police are investigating the video footage of this assault and we are unable to comment further at this stage.”

A group calling itself Devon County Hunt Saboteurs disputed the hunt’s version of events and issued photographs of a dead fox that it said had been killed during the hunt.

A spokesman said: “Hounds had grabbed the fox at both ends and disemboweled him.

“The fox, a young male, sustained bite wounds all over his face and abdomen. The huntsman had been encouraging hounds on and made no attempts to call them off.”

The group then claimed that “several” of its sabs were assaulted on the road and a camera was broken.

The spokesman added: “One sab was held in a headlock, another was grabbed by the throat and sustained injuries to his neck and several others were punched in the face and kicked.”

Devon and Cornwall Police confirmed that they were called to the scene in Cullompton on New Year’s Day after receiving reports that a fox had been killed following a hunt and are currently investigating.

A spokesman said: “As a result of the incident, officers are currently investigating allegations of offences committed under the Hunting Act 2004. No arrests have been made as of yet.

“We take all reports of criminal activity extremely seriously and always look to bring those responsible to justice, this includes gathering evidence so that we can achieve a realistic chance of prosecution.

“We are asking anyone who may have witnessed the incident or have any evidence to contact police via 101@dc.police.uk or by calling 101 quoting CR/000441/18.”