Newbie activist Martin Shaw, 30, said this was his third ever protest with Brighton Vegan Activists outside a shop named Profile Fashion when it took place. 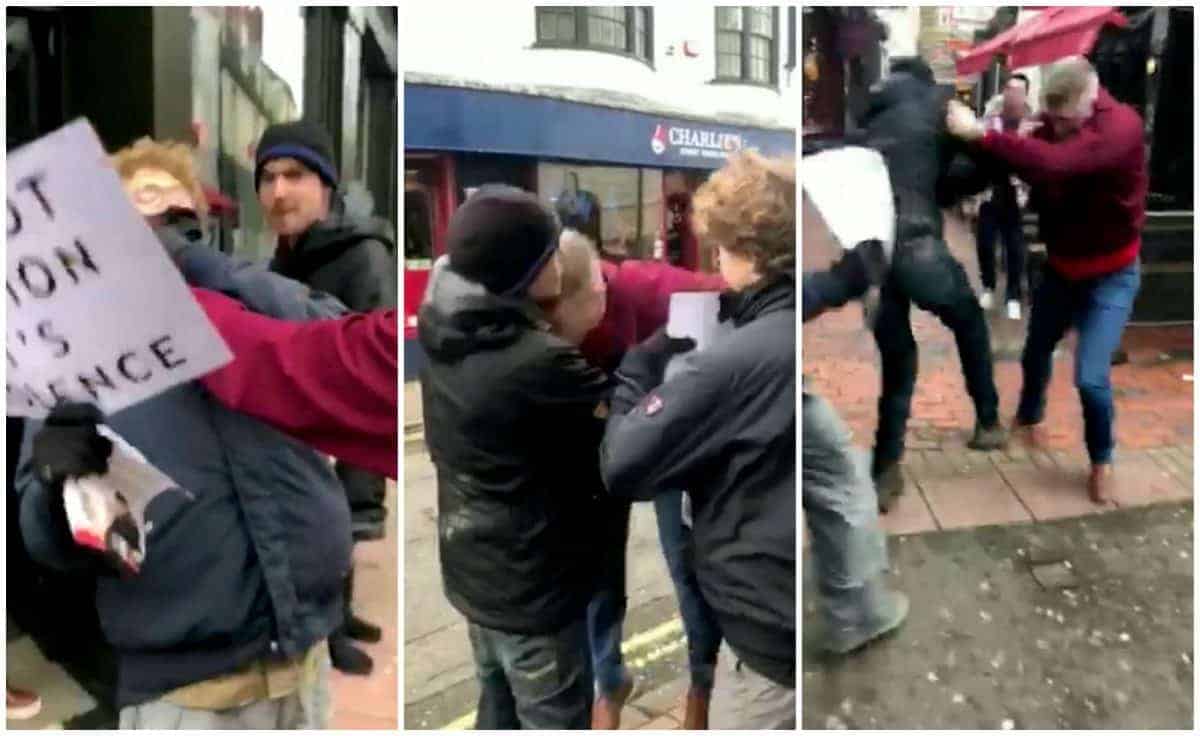 A vegan protesting outside a shop that sells fur says he was headbutted in shocking video footage.

Newbie activist Martin Shaw, 30, said this was his third ever protest with Brighton Vegan Activists outside a shop named Profile Fashion when an man appeared to attack him.

Holding signs like “Wear Your Own Skin” and “It’s Not Fashion, It’s Violence”, he claims the man was a customer in the shop who objected to his veganism and anti-fur stance.

He said: “I know he’s supposedly said one of the protesters was blocking his way.

“That’s not right. He walked around the protesters that were by the door and out of nowhere he headbutted me. He pulled me to the floor.

“A member of the public thankfully managed to pull him off me.

“It just shows that with the people who buy fur, they can be violent towards humans as well as animals. It’s not unexpected that someone who buys fur would have a disregard for others.

“When he headbutted me, he gave me a nose bleed and a cut on my nose. I called 111 to see if I should go to hospital and they advised me to wait until the swelling went down.”

Police were called but Martin, a vegan of four years, says he does not want to press charges.

“I know he’s said elsewhere that one of the protesters swung at him first, but that’s just not true.

“There was plenty of space to walk around the protesters, he just wanted to be violent towards us.”

Martin has said the man he believes assaulted him has deleted his social media. But, he said, he will continue to protest against Profile Fashion and their use of animal fur in their products

He said: “We can see that all animals feel suffering and pain and we have a duty to stop that where we can.

“Nothing justifies wearing the skin of an animal. It causes so much pain and suffering to the animal.

“They’re trapped in snares and they’re electrocuted for their pelts.

“If anything, it has inspired everyone to keep protesting in order to make sure this shop stops selling fur.”

A Sussex Police spokesperson said: “Sussex Police received a call at 2.12pm on Sunday (February 3) regarding disturbance from a noisy demonstration in Duke Street, Brighton.

“At the same time, a second call was received reporting that a fight had started, but split up less than a minute later.

“There were no further reports and police did not attend.”

The shop was contacted for comment but has given no response so far.