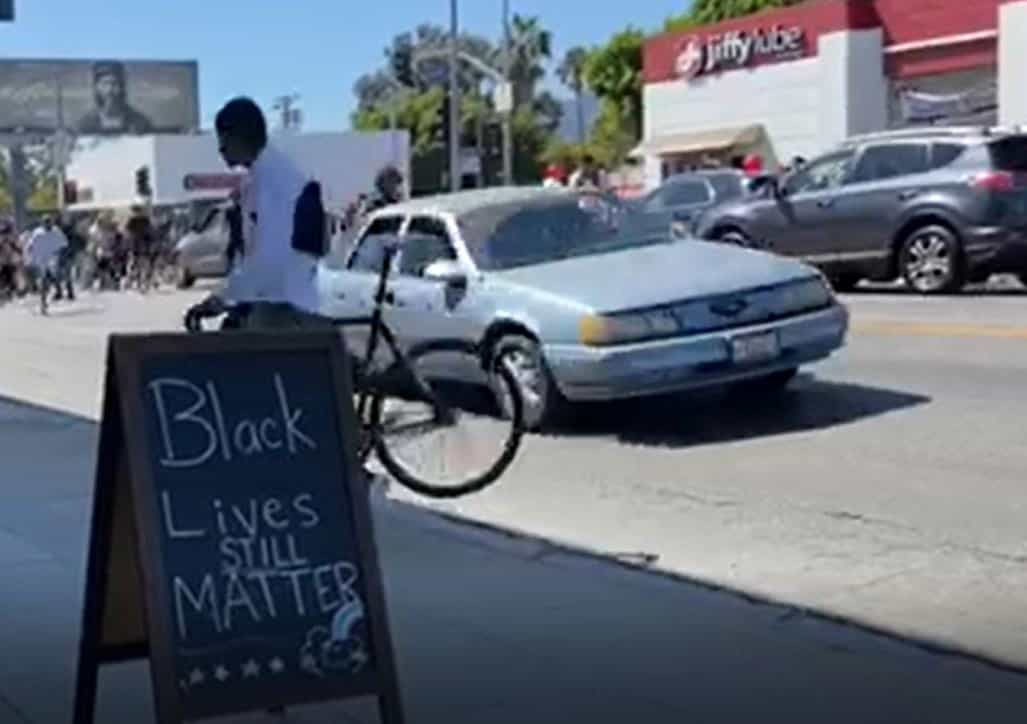 This shocking video shows a driver attempting to ram a large group of Black Lives Matter protesters in Los Angeles on Sunday [August 30].

The incident occurred at the intersection of Melrose avenue and La Brea avenue at around 3pm.

“He may have clipped him, but the kid jumped off his bike.

“It was crazy – right in the middle of Hollywood.

“Someone filed a police report, there’s a warrant out for the arrest of the driver now.”

Over the course of the summer bicycle protests over police brutality and racial inequality have become ubiquitous across the United States.

A rep for the LAPD said: “A report has been generated. It is considered a hit and run.”