A Ukip canvasser who was caught on camera urinating on an elderly woman’s fence will not face court action after he sent her a letter of apology. CCTV shows the man, who is wearing a Ukip rosette and a flat-cap, relieving himself at the side of Marjorie Pinches’ house in Stoke-on-Trent, on her 73rd birthday. […] 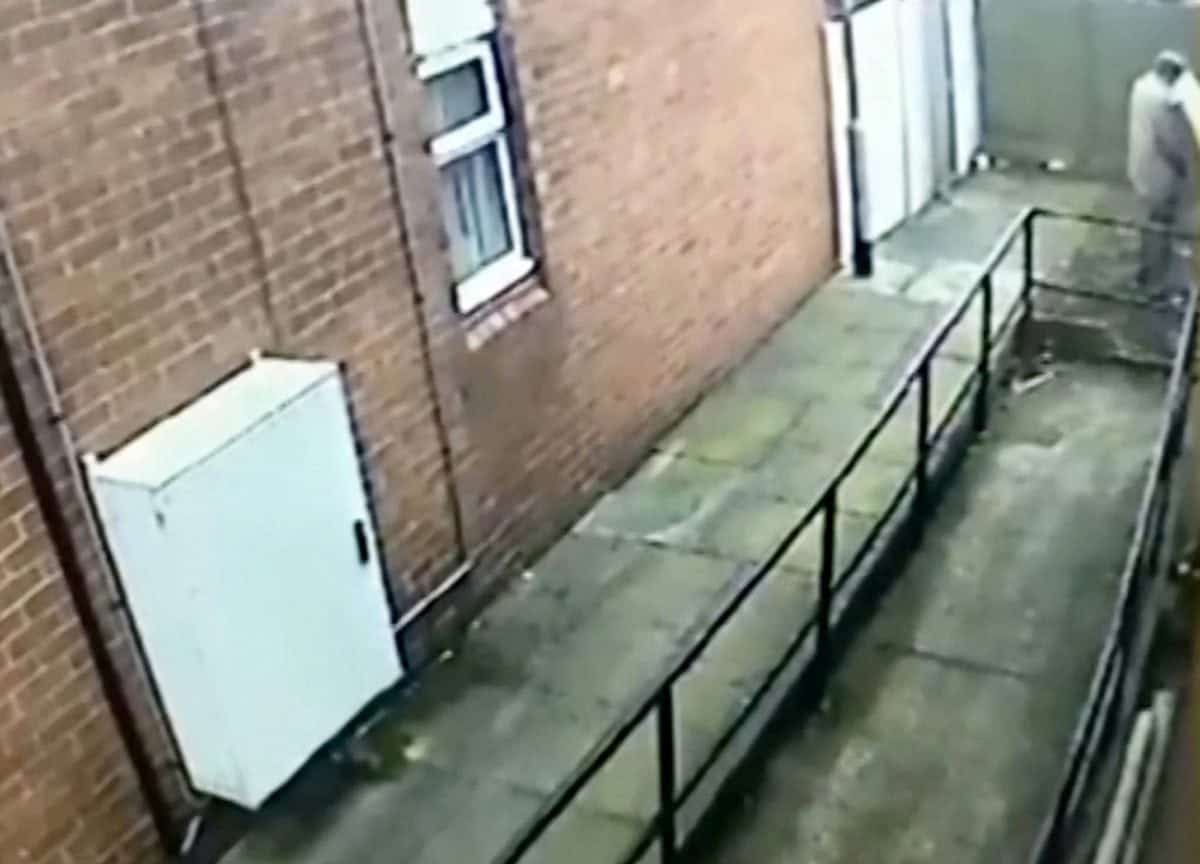 CCTV catches a UKIP canvasser having a wee at the home of Marjorie Pinches. A Ukip campaigner who urinated on an OAP's fence and then tried to push his way into her home will not face court action - after sending her a letter of apology. See NTI story NTIWEE. The leafletter sparked outrage during the Stoke-on-Trent Central by-election campaign when he was captured on CCTV urinating up Marjorie Pinches's Northwood fence. He had been caught short and then added insult to injury by trying to get inside the 73-year-old's home to use her toilet. Staffordshire Police pledged to investigate the February 18 incident after the cops were called in. Now it has emerged the Ukip supporter - known only as John - has avoided the threat of prosecution by writing the apology.

A Ukip canvasser who was caught on camera urinating on an elderly woman’s fence will not face court action after he sent her a letter of apology.

CCTV shows the man, who is wearing a Ukip rosette and a flat-cap, relieving himself at the side of Marjorie Pinches’ house in Stoke-on-Trent, on her 73rd birthday.

Another camera caught the moment she confronted the man who was distributing political leaflets before he tried to push his way into her house to use her toilet.

Gran-of-12 Marjorie repeatedly told the man, who is known only as John, to “go away” and said the incident had made her wary of answering the door.

Staffordshire Police pledged to investigate the incident, which took place on February 18 this year, after the cops were called in. But today it emerged the Ukip campaigner will not face court action after he agreed to sent the pensioner a letter of apology.

His handwritten letter, which is dated February 24, says: “Dear Marjorie, I am sorry for what happened in Stoke when I was delivering leaflets.

“I did not mean to upset you that day. I have a prostate condition.

“I need to go to the toilet very often. I apologise to you. Yours sincerely, John.”

Great-gran Marjorie said she has been left unimpressed by the letter and wanted something “more meaningful” as an apology.

She added: “A police sergeant rang me and asked me what I wanted to do about what had happened.

“I told him I hadn’t received any form of apology and the next thing I knew I had a letter.

“I did tell the police officer that I didn’t want to see him at my door again. But I didn’t think much of the letter. I wanted something more meaningful.

“I know the man is getting on and I’m not the sort of person who would want to see him prosecuted.

“But he shouldn’t have done what he did.

“Ukip leader Paul Nuttall sent me a huge bouquet of flowers via the police officer as well as a card with his apologies on.” Ukip, who failed to unseat Labour in last month’s Stoke-on-Trent Central by-election, welcomed the police action against the campaigner.

A spokesman said: “This man is in his 80s with a prostate problem and was utterly mortified about the whole moment.

“Having been caught short, it must have been awful for him and the resident.

“There are so many more serious things in the world than this and we are glad that he has apologised and the matter won’t be taken any further.

“It must have been a horrid shock for the resident but I think she and her family have behaved very reasonably following what was an unfortunate situation.”

Staffordshire Police confirmed they have carried out a “detailed” investigation following the complaint.

A spokesman said: “In agreement with all parties the matter was dealt with by way of a community resolution.”

Marjorie previously told how she was waiting to be picked up by her son to be taken to her 73rd birthday party before she heard the letterbox go.

She said: “I automatically put the cameras on before I opened the front door, I always do. I saw this man who had put the leaflet through.

“After he did that I saw him having a good look round the side of my house and then he started to urinate up my fence.

“I went out and had a word with him and then before I could shut my front door, he put his foot on the step and he was saying he wanted to use my toilet.

“I said, ‘you are not coming in’ and then he had got his shoulder in the door and was pushing, trying to get in. The door was pushing on my leg and it was painful.

“It’s been almost five years since I lost my husband and I am very dubious about opening the door, that’s why I have got these cameras.”