Jordan Walsh, 29, and Adam Skidmore, 30, left two men, Leonid Goldin and Arinus Romanovas, with facial burns following the attack on January 5. Officers were called after reports of a burglary at a property in Burton-upon-Trent, Staffs., after the men had liquid thrown at them which was later discovered to be ammonia. The house […] 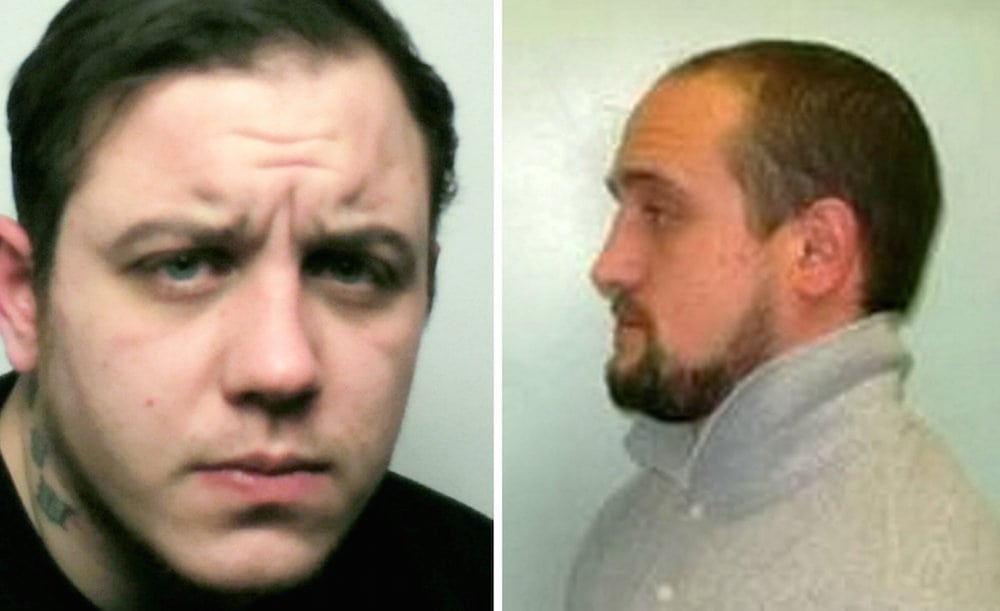 Officers were called after reports of a burglary at a property in Burton-upon-Trent, Staffs., after the men had liquid thrown at them which was later discovered to be ammonia.

The house was being used as a cannabis factory and police found a tent in the upstairs bedroom containing 84 plants.

Goldin said he went to help his friend and was hit and fell on the sofa after two men wearing masks were asking for “the weed”.

Romanovas said he was grabbed by the hair and liquid was poured over his head and neck which caused him to struggle to breathe.

Walsh and Skidmore fled the scene across neighbouring gardens before Walsh was detained nearby.

Skidmore was arrested later after forensic evidence was gathered.

They were both jailed for 11 years and nine months.

Goldin and Romanovas, of Burton-upon-Trent, were jailed for two years for cannabis production at an earlier hearing.

Speaking after Wednesday’s sentencing Detective Inspector Clair Langley, of Staffordshire Police, said: “We welcome these sentences as a clear indication that such crime will not be tolerated in Staffordshire.

“We want to reassure our communities in Staffordshire that we will not tolerate this behaviour and will pursue criminals who believe they can profit from using fear and violence relentlessly.”