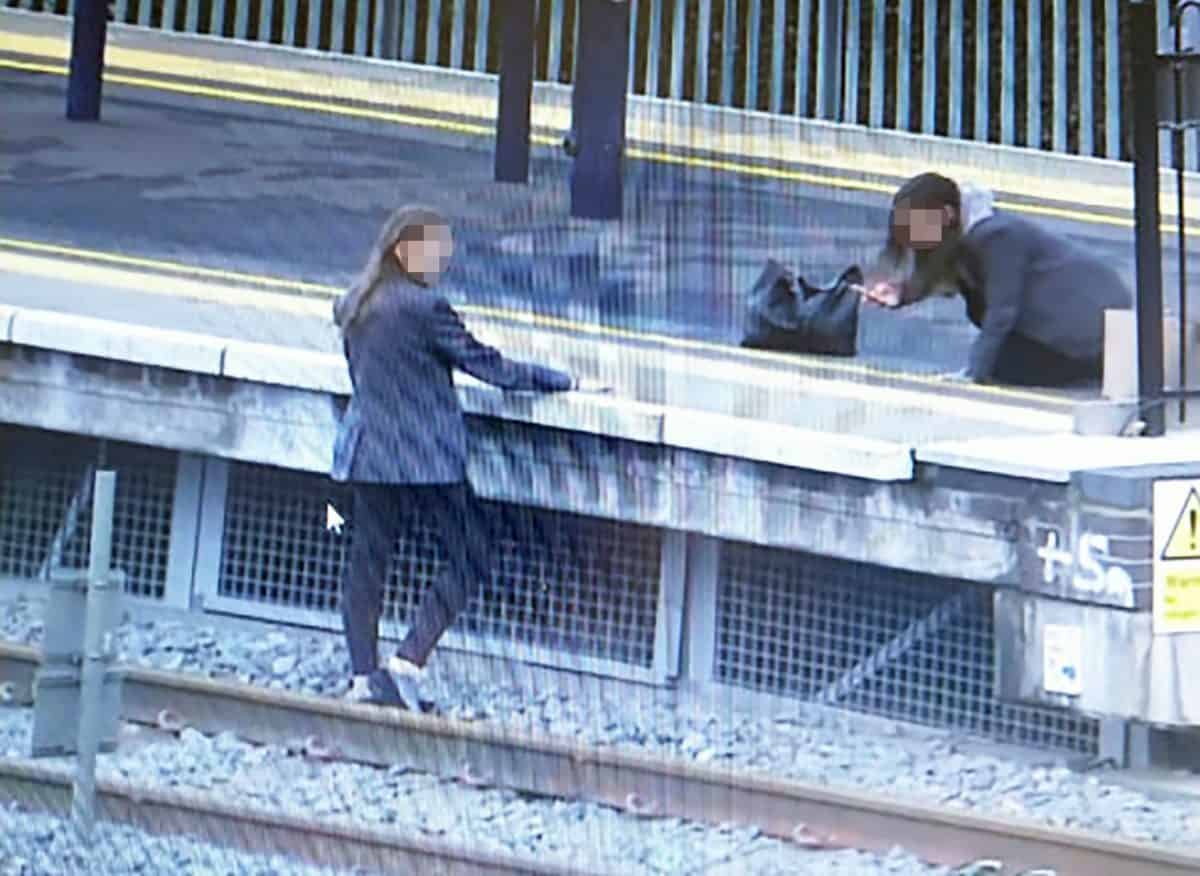 Two schoolgirls are caught on camera risking their lives by posing for selfies on live railway lines.

One of the girls, aged around 13 or 14, clambered off the platform and onto the tracks and struck several different poses.

She even dangled her legs off the platform of the station while her pal took snaps of her on her mobile phone.

Horrified signalling staff were forced to halt trains after the girls were spotted messing around at Bromsgrove Station, Worcs., last Friday (1/3).

Pictures taken from the railway’s CCTV shows one of the girls leaning over the platform at 5.44pm.

One of them then sits down with her head over the tracks while the other takes a picture of her.

The girl, wearing a grey blazer and black trousers, then hops down onto the tracks while her laughing friend takes more pictures.

She then stands inches away from the live rail lines with her hands resting on the edge of the platform while she strikes another pose.

A spokesperson for West Midlands Railway said: “The mentality of these girls is staggering.

“The pair were spotted last Friday evening and staff at the station were forced to message signallers who had to stop trains for the girls’ safety.

“Trespassing on the railway is not only incredibly dangerous, but can also lead to a £1,000 fine.

“Thankfully, trains were able to be brought promptly to a stand when these trespassers were seen next to the track by station staff and the incident reported to police.

“Incidents like this not only put the lives of young people like these in danger, but can also cause significant knock on disruption on a busy line like the Cross City.”

Officers from the British Transport Police (BTP) attended the scene and warned the girls about their behaviour.

The latest stunt comes as figures released by BTP show that one person every hour puts their life in danger by trespassing on the railway.

Last year BTP officers caught more than 550 children walking along the tracks or messing around on them.