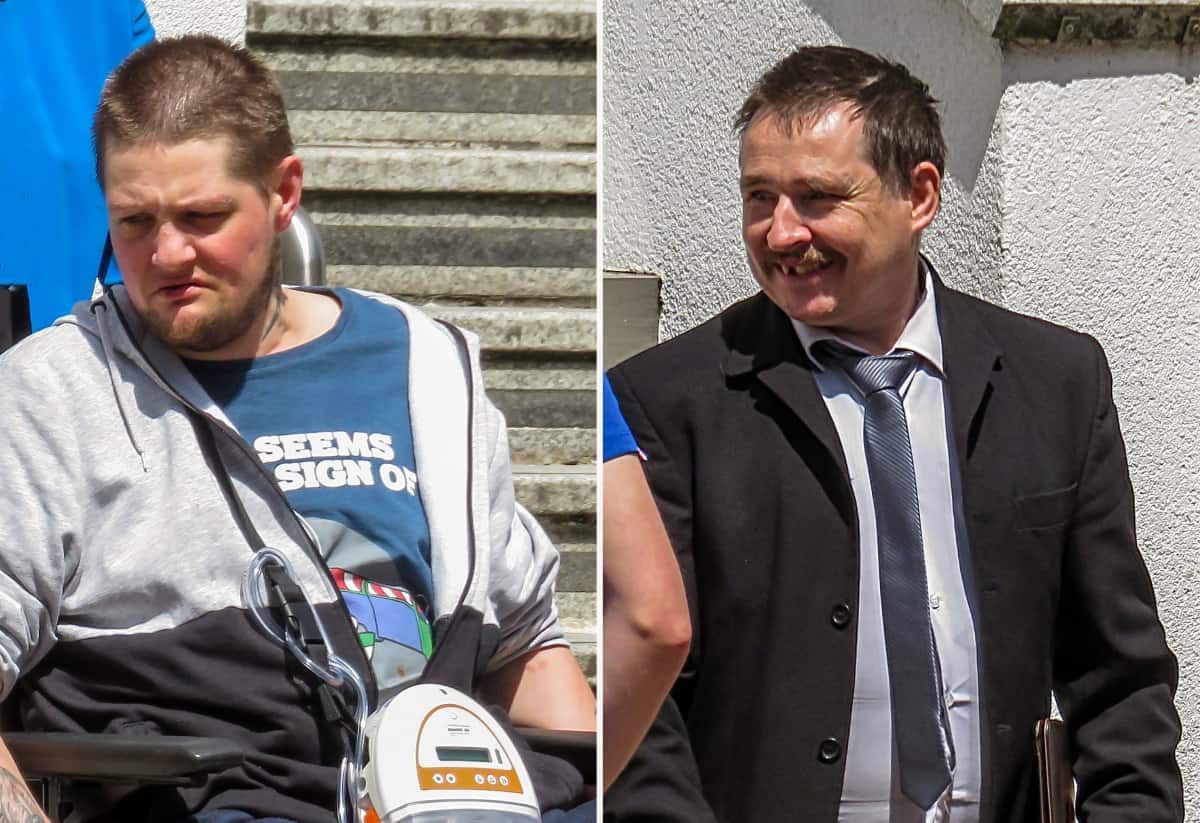 Two men who were caught with deadly Taser-style stun guns which were disguised as torches have dodged jail.

James Mannion, 51, and Celvin Harrison, 38, admitted owning the weapons which one claimed had been sent to him as a gift by a woman in America.

They were each handed suspended sentences after they admitted possessing prohibited firearms at Warwick Crown Court on Thursday (1/8).

Judge Anthony Potter said: “The danger of weapons of this kind, particularly when used by people who are not trained, is that they can have a detrimental effect on a person’s health.

“Stun guns can be utilised by police officers who have to undergo training, but are not available to the public because they can cause real harm and, on occasion, fatality.

“But it seems to me that in his case I can suspend the sentence of imprisonment.

“He is suitable for unpaid work, and it’s probably in everyone’s interest that Mr Mannion pays back the harm he’s done to the community in that way rather than languishing in prison.

“Both of you have become involved in possessing, and in your case Mannion moving to others, Taser items disguised in a bid to prevent their discovery.

“The danger of those items is that in untrained hands they are potentially fatal. It is for that reason they are illegal in this country.”

Mannion, of Hampton Magna, Warks., also admitted selling or transferring one of the weapons and was also ordered to carry out 100 hours of unpaid work and to pay £100.

Harrison, of Leamington Spa, Warks., was sentenced to eight months suspended for 12 months, without any unpaid work, and was ordered to pay £75 costs.

The court heard in December 2017 police raided
Mannion’s home in relation to another matter, during which they carried out a search.

They found what appeared to be a Night Watchman torch, but which “had the dual purpose” of being a stun gun capable of giving a high-voltage shock.

When Mannion was questioned he said he had purchased it, knowing it was illegal and designed with a dual purpose, and had taken a number of them home to sell to others.

He admitted he sold one to Harrison and when officers swooped on his home in February last year they found a similar device, a Police 6610 torch stun gun.

The court heard both men had previous convictions, but none for offences involving weapons or violence.

Anthony Cartin, defending Mannion, said: “There was one item found at his home. He was very candid.

“He was asked whether he had had any further items, and he said he had and had sold one of them to his co-defendant.”

Mannion explained he had been sent it as a gift by a lady friend in America.

The court heard she had sent it for him to add to his torch collection, not knowing it was a stun gun.