“It’s such a beautiful area and some people simply don’t understand what’s okay and what’s not." 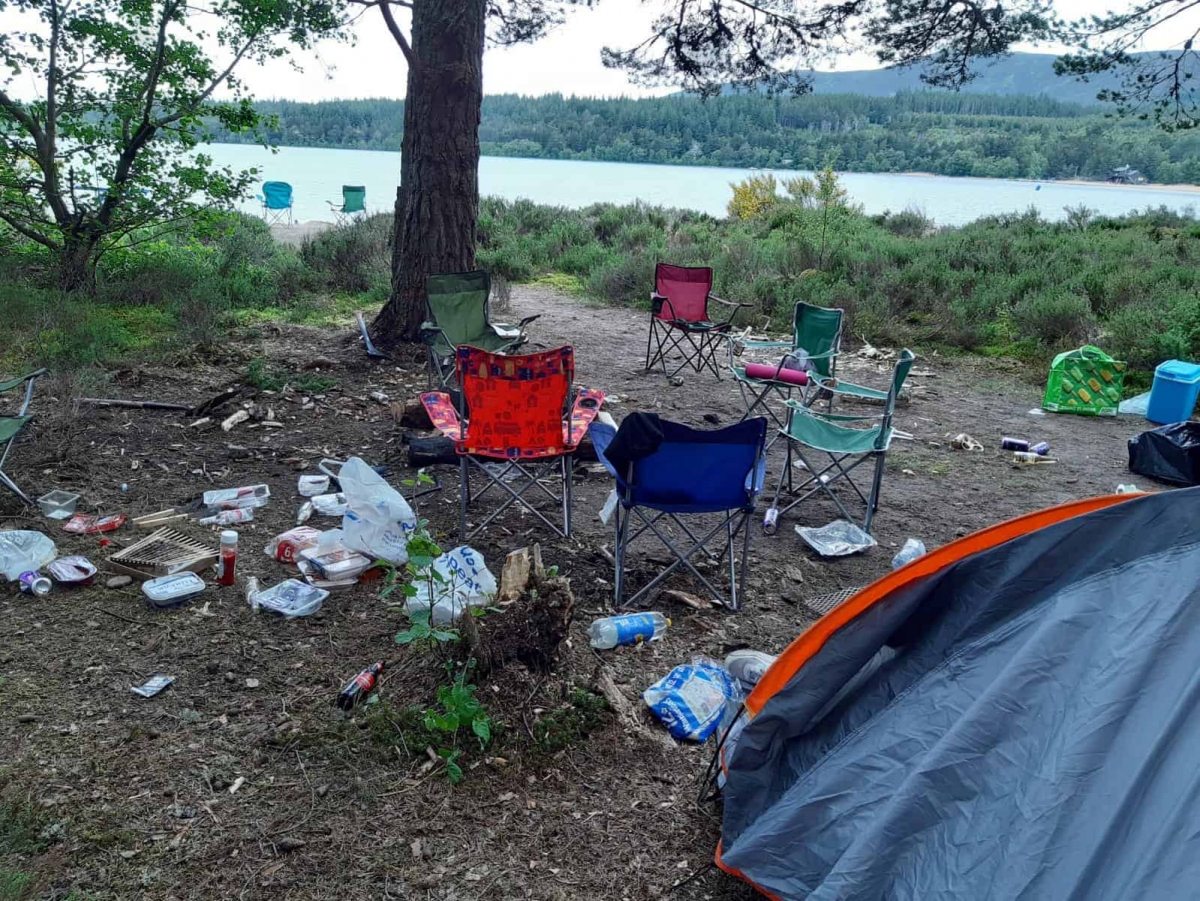 A group of thugs axed down trees, verbally abused forestry staff, and were seen ‘kicking ducks’ while camping at a beauty spot.

Cops were called after the group of men were seen damaging environmentally protected areas at Glenmore, Scottish Highlands.

Nearby residents complained about the noise coming from the camp, the extensive litter left behind and the group’s fire – which was lit on peaty ground.

Pictures of the scene show abandoned tents, plastic bags and bottles strewn across the floor and chunks of wood chopped from a nearby tree.

The men were said to have verbally abused Forestry and Land Scotland staff and collected deadwood from environmentally designated areas.

Laura McNally, FLS’ area visitor services manager, said: “Situations such as this can be very intimidating for our staff and I have to commend our Glenmore team for dealing with this so professionally over the course of three days.

“We engaged with the group of young men on Saturday to explain why they had to move their camp and to clarify appropriate behaviours but this fell on deaf ears and was met with abuse. Further engagement met with the same response.

“Police Scotland did attend and the group seemed to comply but simply moved their camp.

“We’ve also seen other groups put on a show of good behaviour when they have to and we continue to work closely with our local police partners to learn lessons from this event.

“Anti-social behaviour by a small group can spoil a visit for everyone else.

“This is the case no matter where it occurs.

“Our rangers will do what they can to manage a situation but public support is vital, especially if the rangers aren’t in the area at the time.

“We would encourage members of the public to call Police Scotland on 101 or use the online form.

“Concerted action raises the profile of incidents, provide Police Scotland with a detailed understanding of the issues and provide them with the intelligence they need to marshal their resources appropriately.”

Maree Morrison, recreation ranger for FLS in Glenmore, said: “It’s such a beautiful area and some people simply don’t understand what’s okay and what’s not: we have had real successes.

“We see our role as ‘here to help’ and most of the time it’s a great job, speaking to such a diverse crowd.”

Related: Watch: Thug is jailed – but not for long – after kicking OAP into a river