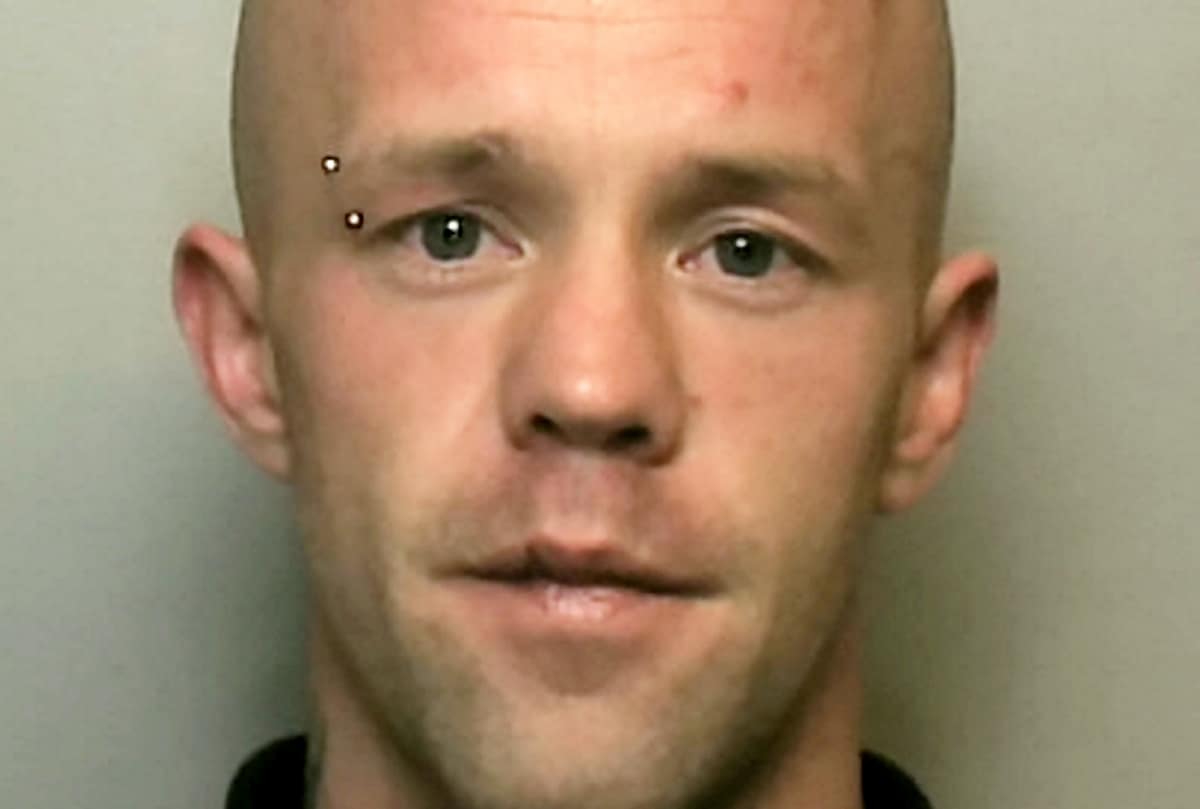 A thug who stabbed a police dog in the head has become the first person in the UK to be jailed under a new law which recognises crime-fighting animals as public servants.

Daniel O’Sullivan, 29, knifed Police Dog Audi after officers tried to arrest him for being drunk and making threats in the street.

Cops dashed to Town Road, Hanley, Staffs., on July 1 after receiving reports of O’Sullivan waving a knife at passersby.

PD Audi launched at O’Sullivan who stabbed the dog twice in the head.

On Monday (5/8) O’Sullivan became the first person in Britain to be jailed under the newly passed Animal Welfare (Emergency Services) Act.

The legislation, also known as Finn’s Law, was passed in June and recognises police dogs as public servants rather than police property.

O’Sullivan, of Liverpool, was jailed for a total of 21 months, including three for stabbing PD Audi, at Stoke-on-Trent Crown Court.

He admitted causing unnecessary suffering to a protected animal and five counts of assault and two of possessing an offensive weapon in public.

PD Audi was attacked after he and his handler PC Karl Mander responded to calls about O’Sullivan.

When they arrived at the scene, O’Sullivan was holding a glass bottle in one hand and a knife in the other.

He threatened to stab the officer if he or PD Audi approached.

When O’Sullivan refused to drop the knife PC Mander ordered PD Audi to tackle him but as he tried to disarm the thug the pooch was stabbed twice.

Another officer was also kicked in the face and head and had a bottle thrown at him by O’Sullivan.

O’Sullivan was arrested and taken by ambulance to the Royal Stoke University Hospital for assessment where he he spat at four officers and kicked another one of them in the head.

Despite the dog’s injuries, PD Audi made a full recovery and was back at work just four weeks after the attack.

Speaking after O’Sullivan was jaild, Detective Inspector Stephen Ward, of Staffordshire Police, said: “O’Sullivan presented a significant danger to anyone who was nearby and we cannot allow the public to be put at risk.

“He assaulted five officers, spitting at four of them, which is a degrading experience for the officers concerned and can present a health risk.

“O’Sullivan was out to seriously hurt PD Audi and it was lucky that he wasn’t blinded or killed as a result of his injuries.

“Aside from the sheer cruelty of his actions, it takes a great deal of time, energy and expense to train a police dog and an experience like that could have ended his career.

“Fortunately, Audi has recovered well and is back at work.”