Watkins hid a mobile phone inside his anus so prison officers wouldn't find it and prevent him from seeing his mum, a court has heard. 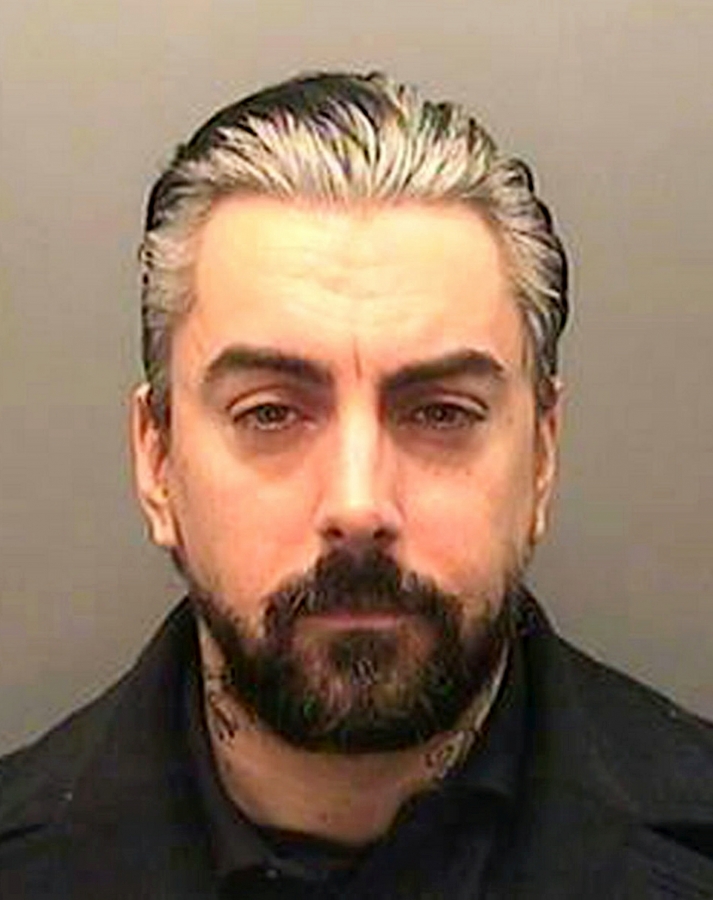 Former Lostprophets singer Ian Watkins hid a mobile phone inside his anus so prison officers wouldn’t find it and prevent him from seeing his mum, a court has heard.

Officials at HMP Wakefield removed Watkins, 42, from his cell after being given information he was illegally storing a phone.

Nothing was recovered from Watkins’ person when he was strip searched inside a separate sterilised cell, Leeds Crown Court heard.

However, the court heard the former rockstar then asked a prison officer if he would be allowed to see his mum, who was due to see visit that same day, if he gave up the phone.

He then reached into his underwear and produced a small three inch long white GTSTAR model mobile phone.

Watkins appeared in the dock at Leeds Crown Court today (Mon) wearing a blue denim jacket with a sheepskin collar and a white t-shirt.

His dark mid-length hair was pushed back and he was wearing a large metal inverted crucifix around his neck and light-coloured earrings.

Watkins, originally from Pontypridd, Wales, pleaded not guilty to possessing a mobile phone in his cell at a hearing in February.

Stephen Wood, prosecuting said: “Between March 4 and March 10 2018 the defendant was in possession of a mobile phone while inside HMP Wakefield.

“He [Watkins] is the former front man of well known rock group Lostprophets.

“On March 10 a prison officer at HMP Wakefield went to the defendant’s cell, the intention was to remove the defendant to a sterile cell so he could be searched.

“During the search the defendant was asked if he had a mobile phone about him and he replied he did not.”

Mr Wood added: “After the search the defendant said his mother was travelling to visit him and he asked if he would still be allowed to see her.

“When the prison officer went back… he asked if he could still have the visit if he handed over the telephone.

“The officer asked if he had a phone and he [Watkins] replied that he did.

“The defendant reached in to his underwear and towards his anus.

“After about ten seconds the defendant then produced a small white telephone.

“It must have been inserted into the defendant’s anus.”