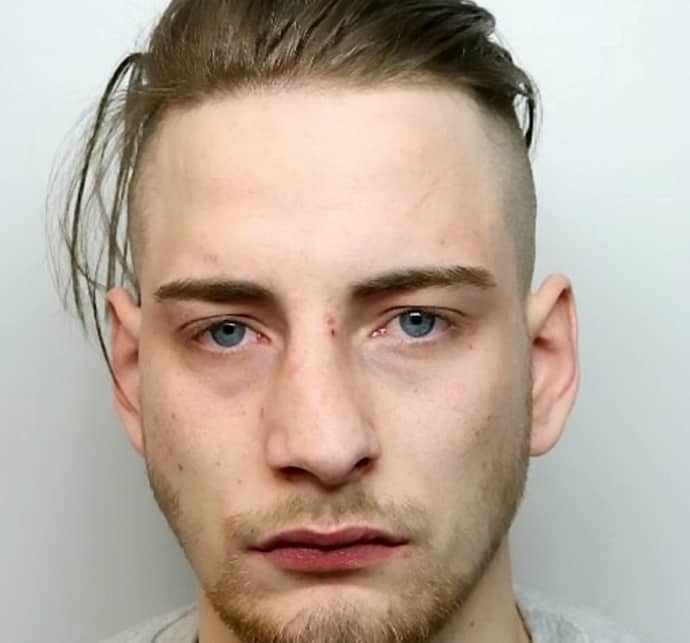 A callous thug who brutally attacked a stranger before robbing his credit card as he lay dying in the street is facing life in jail after being convicted of murder.

A court heard Mr Mushonga, who was a “reserved, polite and well-meaning” man, had been enjoying a quiet evening out with friends to celebrate his birthday.

But he was approached by Muggleton on Carrington Street where he was subjected to the “completely unprovoked” attack and punched three times.

Prosecutor James Hause said Mr Mushonga was struck with “huge force”, causing him to fall to the ground, crack his head on the pavement and lose consciousness.

While he lay unconscious in the gutter Muggleton cowardly stole a credit card before fleeing the scene.

Mr Mushonga was rushed to hospital but he never regained consciousness and died a short time later.

Muggelton, of Kettering, Northants., was arrested a short time later by police and subsequently charged with murder.

Today (Mon) he was found guilty of the charge following a two week trial at Northampton Crown Court.

He was also convicted of theft, assaulting Mr Mushonga’s friend on the same night and of assaulting another man outside a nightclub on November 17 last year.

Detective Inspector Stuart Hitchon from Northamptonshire Police’s Major Crime Team, said after the verdict: “Simon Mushonga was by all accounts, a very nice man who was reserved, polite and well-meaning.

“This was a completely unprovoked attack on an innocent man which has left a family devastated.

“Simon was not a confrontational man – he simply wanted a quiet night out to celebrate his birthday.

“His killer, Aaron Muggleton, can expect to receive a lengthy sentence behind bars and I hope he uses this time to reflect on the consequences his mindless violence has had.

“Not only did he kill Simon but he has also been found guilty of two other unprovoked assaults.

“Finally I would like to commend Simon’s family and friends for the way they have conducted themselves during this trial.

“I hope the result today brings them some comfort, though nothing can truly take away the pain they feel in a world without Simon.”

Muggleton will be sentenced at the same court on July 2.