William Wood, 31, headbutted an throttled Susan Forbes-Lee when she came to house to collect her bike 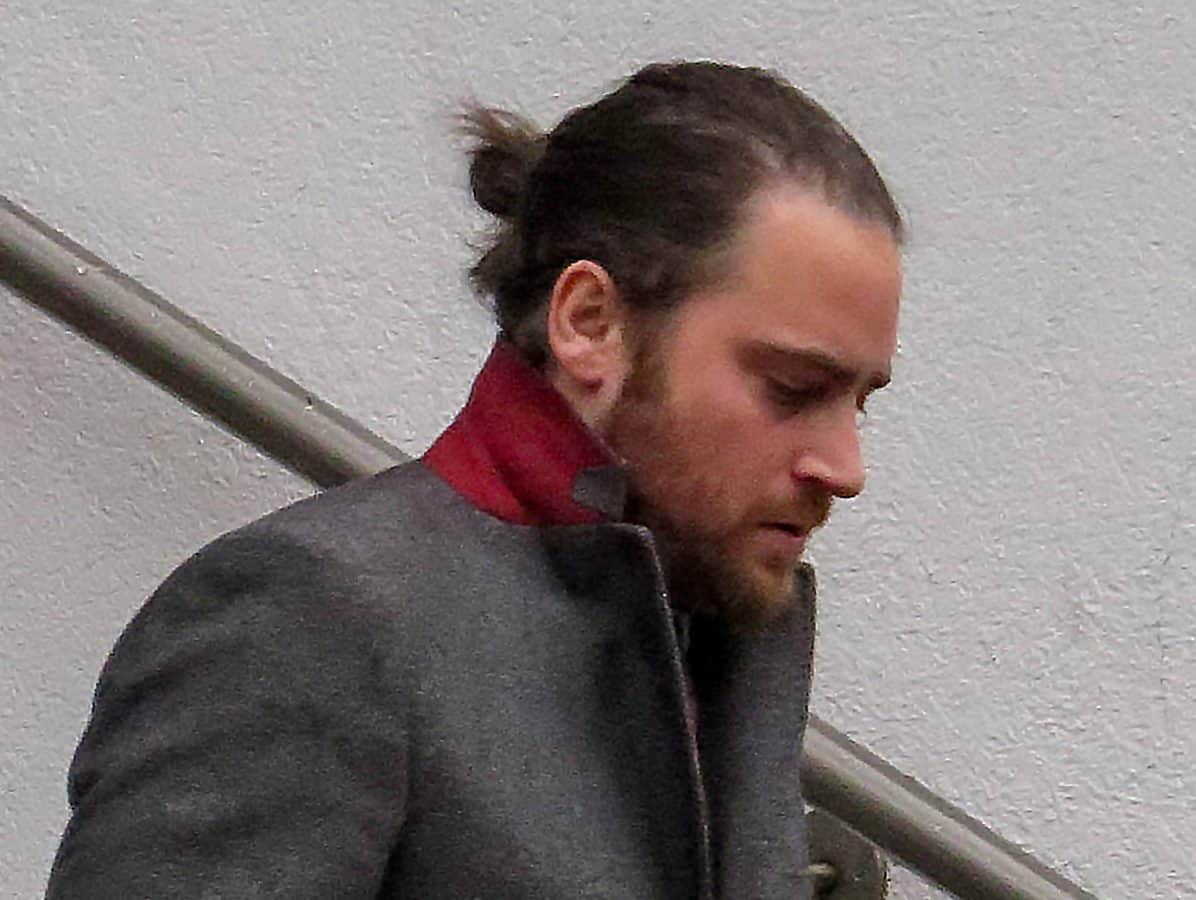 A thug who headbutted and throttled his ex-girlfriend after throwing a cup of soup over her head when she tried to get back together with him has avoided jail.

William Wood, 31, flew into a rage when his former partner Susan Forbes-Lee, who had been “haunting him”, arrived at his home on January 16.

A court heard how the yob launched a foul-mouthed tirade of abuse and accused her of trespassing before pouring a cup of soup over her.

He grabbed her by the neck and squeezed tightly, spitting in her face as he forced her back towards her car.

Wood then headbutted his ex-girlfriend and grabbed her glasses which he dropped to the ground and stamped upon.

The victim managed to pull free and got back in her vehicle but as she drove off Wood threw a rock which smashed her rear window.

Wood, of Ashorne, Warks., admitted assault after changing his plea to guilty and was handed a six month prison sentence, suspended for two years.

Prosecutor Madhu Rai said Wood and Miss Forbes-Lee had been in a volatile relationship for about eight months before it ended in January this year.

She went to collect a bicycle she had left at the house and when Wood saw her walking down the driveway he saud: “What the f*** are you doing here? You’re trespassing.”

Miss Rai said that before she arrived, Miss Forbes-Lee had called a friend and had kept the line open ‘for her safety’ and police were called during the attack.

Wood’s mother then turned up with the bike which was thrown towards the car, and as Miss Forbes-Lee drove off, the rear window of her car was smashed with a stone.

When he was arrested, Wood, who had a previous conviction for battery, denied the crime and said it was ‘her fault.’

Andrew Fisher QC, defending, said: “The complainant paints a certain picture of this relationship which we say is not accurate.

“She was very much the driver of the relationship, and the older party.”

Mr Fisher said after Miss Forbes-Lee had terminated the relationship, she had sent Wood messages of what she would like him to do with her, including sending him intimate images and videos.

The court heard Wood had replied: “You are just f***ing weird.”

There were further messages from her in abusive terms, and on January 16 there was communication about her bicycle.

Mr Fisher said she had already been there on a couple of occasions ‘soliciting him to go back to her,’ and on one of those he had offered her the bike, but she had not taken it.

On the morning of the 16th there was a message in which she said: “Bike, or I will report you to the police for beating me, and I have the photos to prove it.”

Mr Fisher said Miss Forbes-Lee had set up with her friend to have an open phone line, and screamed down the lines things that were happening – “and some that were not.”

He told the court: “He admits there was a scuffle and that he tried to push her back into the car, but says he did not intentionally headbutt her.

“He accepts he lost his temper and threw the bike down, and as she drove off he accepts he threw a stone at the car.

“It’s all very regrettable, and something of which he is not proud. All he can do is apologise.”

“This is a woman who was haunting you and trying to get you back, and on this night managed to set you up.

“If it had stopped there, things would have been very different, but you took the bait and did use violence against her.

“She seems to have been reluctant to see the relationship end, but it did end, and it’s in everybody’s interest that it should end.”

And making a restraining order banning Wood from having any contact with Miss Forbes-Lee for five years, the judge added: “Keep away from her.”