Is this the world’s weirdest job interview? Keen candidates were yesterday put through their paces in a bid to land one of the oddest jobs on the planet – as a scarer at Thorpe Park Resort during their upcoming Year of The Walking Dead. After a more conventional face-to-face interview, applicants donned creepy head-to-toe zombie […] 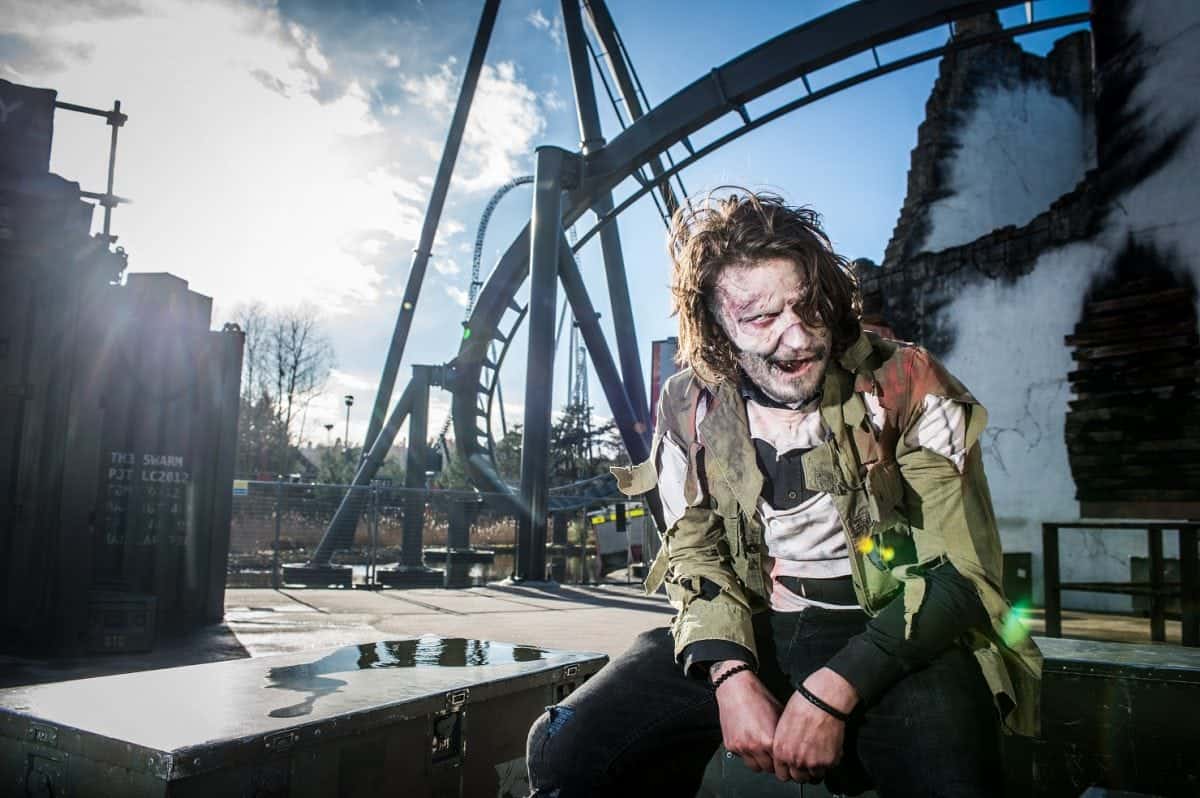 Is this the world’s weirdest job interview?

Keen candidates were yesterday put through their paces in a bid to land one of the oddest jobs on the planet – as a scarer at Thorpe Park Resort during their upcoming Year of The Walking Dead.

After a more conventional face-to-face interview, applicants donned creepy head-to-toe zombie costumes.
They then underwent an hour each in the make-up chair to complete the look before climbing 127ft (38.7 metres) onto the platform of one of the rollercoasters.

And the job is clearly not for the faint-hearted as several of those who applied failed the ‘head for heights’ test. 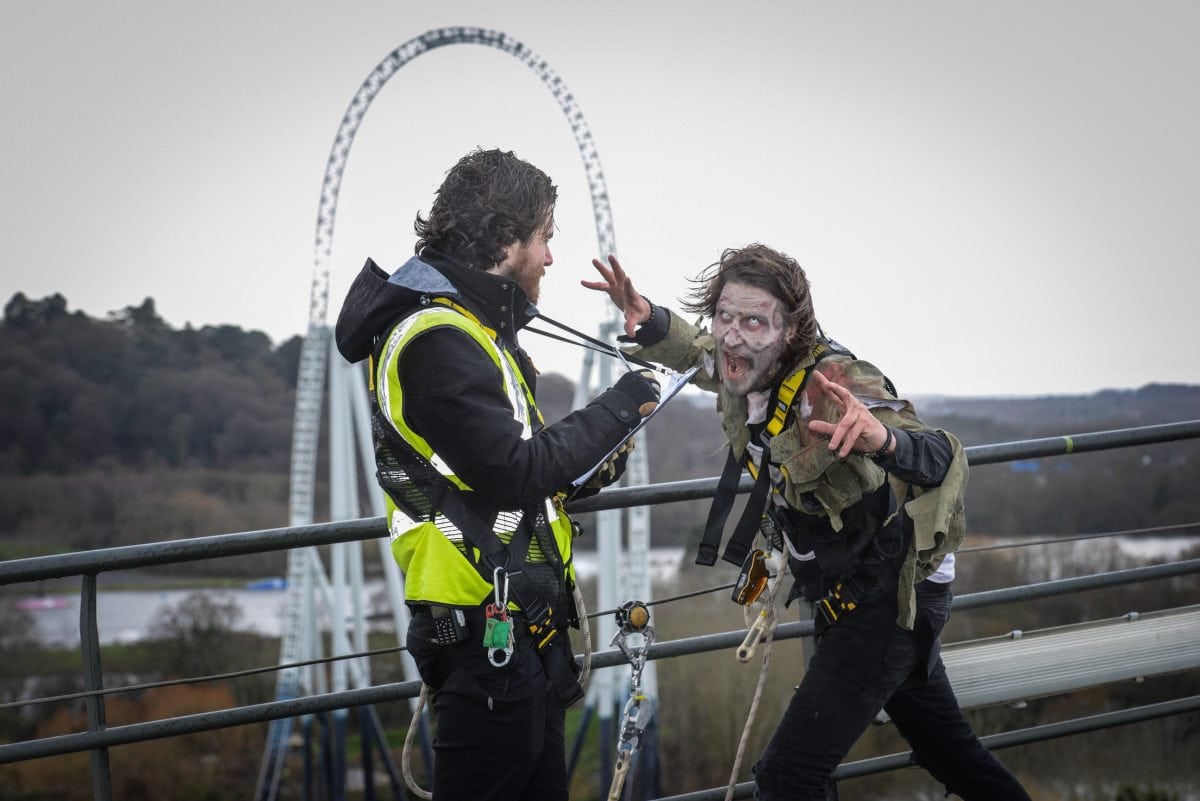 Interviews for more than 200 high-flying positions took place ahead of the announcement that the Surrey theme park will be staging a year of unmissable events in conjunction with AMC’s global TV phenomenon.

Wannabe zombies are required to meet strict ‘scare-factor’ criteria including the ability to frighten guests in any environment, coping with sudden screams from thrill-seekers, and keeping in character in any situation.

Key responsibilities include being able to interact in character with members of the public, being able to become zombie-like at a moment’s notice, and being able to cope well with sudden noises from thrill seekers, including screaming. 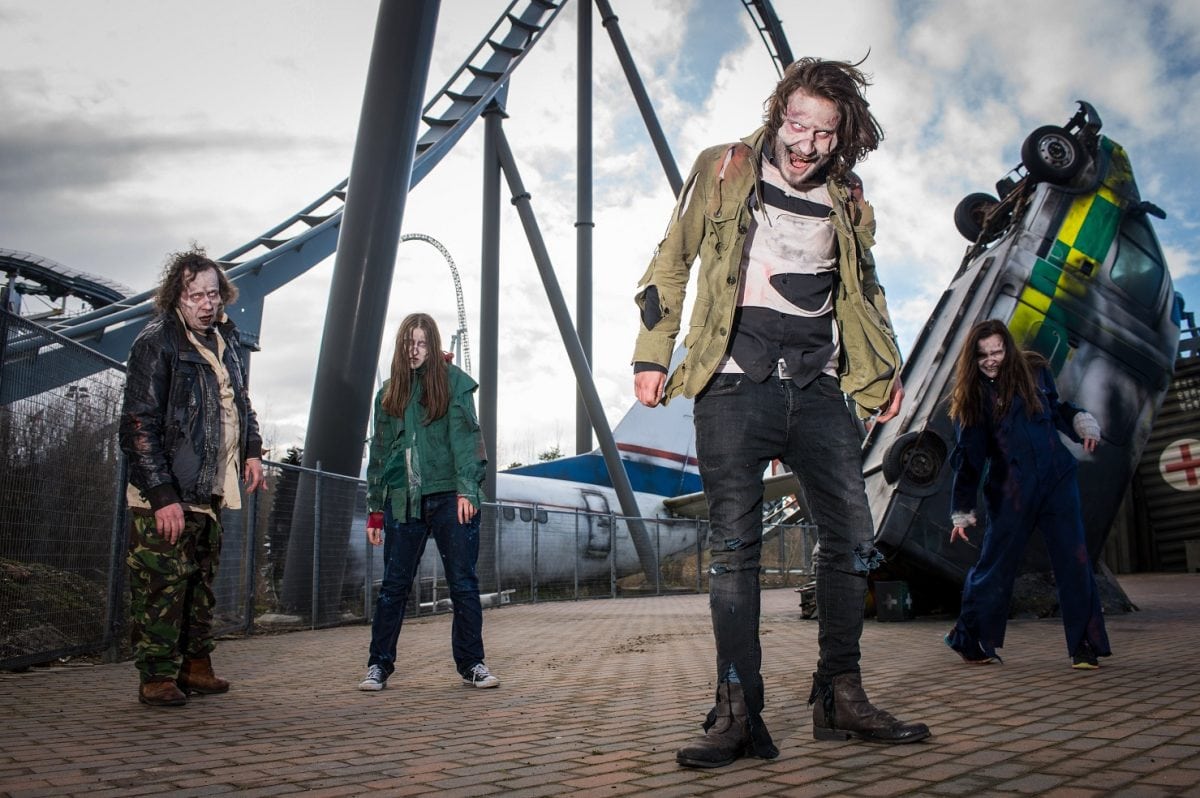 Applicants must be available to start when Thorpe Park Resort in Chertsey, Surrey re-opens to the public on Friday 23rd March 2018.

‘’Our guests are in for a thrilling season of unmissable events and we would love for them to return to experience each of them as and when they happen throughout 2018.

‘’We’re putting our scare actor hopefuls through their paces at height to see if they can face their own fears and still be able to deliver an unforgettable experience.

‘’Thorpe Park is known for offering an exhilarating day out, so it’s no surprise that we’re launching The Year of The Walking Dead by giving our scare actor hopefuls the ultimate audition.”

Among those who took part in the interviews was scare actor Chris Wiles, 33, of Greenwich, London.

Chris applied for the role after previously starring at the London Bridge Tombs.

He said: “The reason why I want to audition as a Scare Actor for Thorpe Park for The Year of The Walking Dead is because I can provide thrills, screams and horror as well as terrifying interaction with guests.

‘’I’d really like anyone who visits the resort to be able to experience the same thing that we have as part of this process.

‘’I didn’t expect I would have to do what I just did. It took ages to get all the make-up done.

‘’Then we had to climb up to the top of the rollercoaster, which was terrifying. That’s something that I never thought I’d do, and it was quite scary up there, but I’d also do it again if I was lucky to be chosen that is.”

‘’They also asked to hear my scream. I think I did okay, I have a loud gravelly scream.’’