Graham Osment, 39, cut his hand after smashing a lounge window before leading police straight to his door

by Ed Chatterton
in Broken Britain, Must Reads 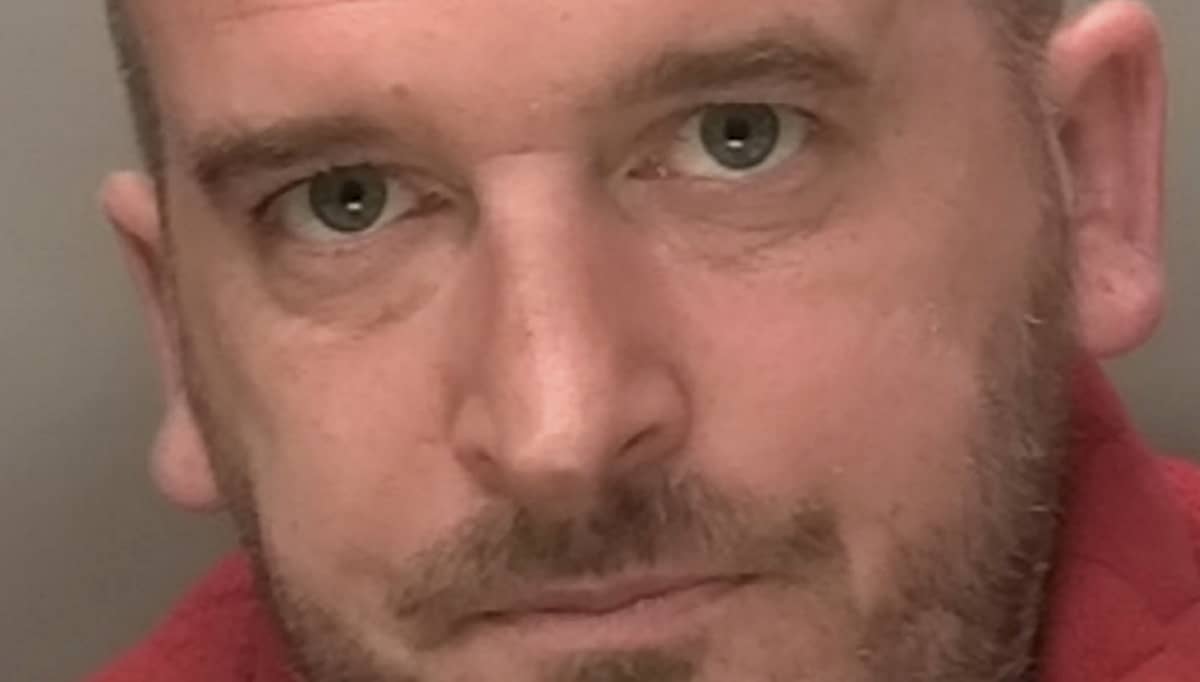 A bungling crook who burgled his next door neighbour was literally caught red-handed after a trail of blood at the crime scene led officers straight to his front door.

Dopey Graham Osment, 39, bizarrely decided to target the property directly next door to him – but cut his hand after smashing a lounge window.

Police only had to follow the bloody path one door down the corridor to find the culprit holed up in his flat in Courthouse Green, Coventry.

Osment stole jewellery, a laptop and alcohol when his neighbour went out for the afternoon on June 30 this year and left her front door unlocked.

Officers found blood by the window and dotted around the flat where the thief had injured himself while searching every room.

Police knocked on his door and saw blood splattered in his flat as well and Osment bleeding from a cut to his hand and he was subsequently arrested.

On Thursday (25/7) Osment was jailed for 20 months after he admitted burglary at Warwick Crown Court.

Sentencing, Judge Peter Cooke said: “You are a man who has thoroughly wasted his life, causing great misery to your victims.

“In taking the laptop, you have not just taken a few hundred pounds worth of computer, you have taken her personal documents and, more distressingly, all her family photographs – all so you could get your next fix of smack or whatever.

“That’s how you have led your life – ‘to hell with other people, I’ll take what I want.”

Prosecutor Rebecca Wade said the victim was still in “shock and scared”, as she felt targeted.

She said: “In an impact statement the victim says she was now too scared to live in the flat.

“The worst part was the loss of the laptop which had not only contained her work and confidential data, but all her family photographs.

“She asked if Osment would ‘at least say where it was’ so it could be recovered – but he has not done so.”

The serial offender’s previous convictions include a domestic burglary and no fewer than 12 commercial burglaries, as well as robbery and drug offences.

Gareth James, defending, said: “He’s a 39-year-old man who has spent a good deal of his adult life in custody, and he’s failed to co-operate with community orders in the past.

“This offence came after about seven months at large in the community, which is the longest period he’s been at liberty for a significant number of years.

“He is motivated to address his alcohol dependency as he has addressed his drug dependency.”