A ten month-old baby girl nearly died after being fed eggs unwittingly laced with the rave drug ketamine, it has been revealed. The meal was cooked in dishes that had been used to prepare the notorious horse tranquilliser, better known as ‘Special K’. The infant, her brother and grandmother were all discovered unconscious at home […] 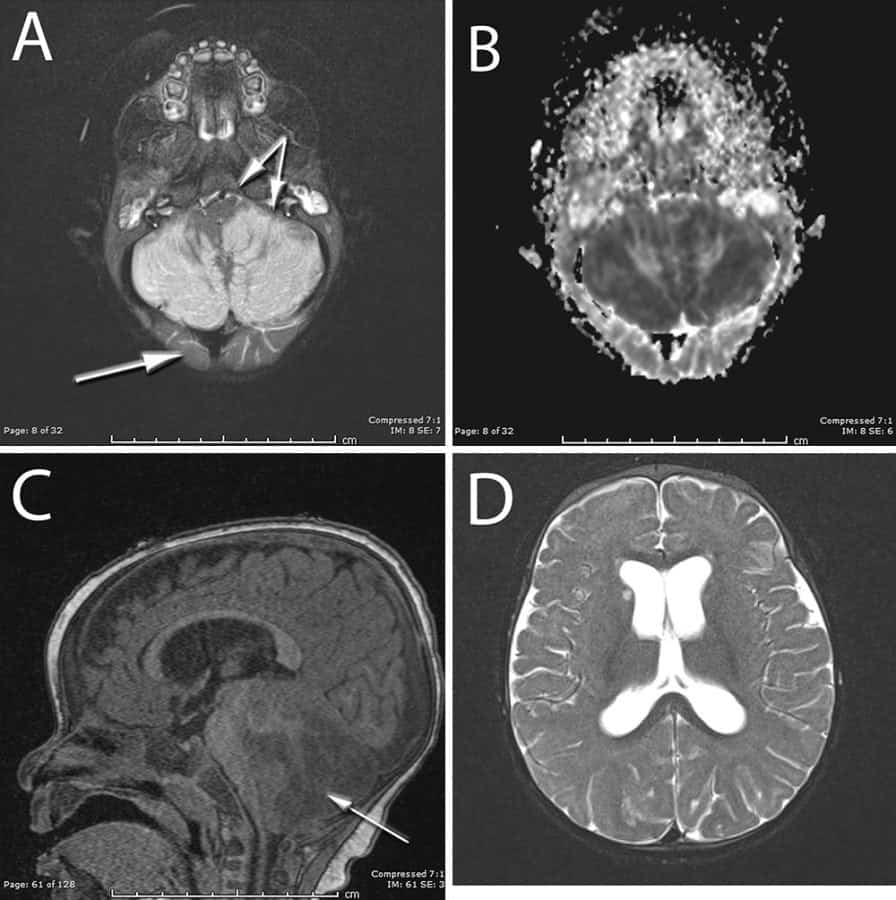 A ten month-old baby girl nearly died after being fed eggs unwittingly laced with the rave drug ketamine, it has been revealed.

The meal was cooked in dishes that had been used to prepare the notorious horse tranquilliser, better known as ‘Special K’.

The infant, her brother and grandmother were all discovered unconscious at home by a family member and rushed to hospital by ambulance.

She spent six days in a coma on a life support machine after emergency surgery to cut bone from her skull to relieve brain swelling.

Neurosurgeon Dr Daniel Fulkerson explained: “The child was served eggs that were cooked in the same dishes used to prepare the drug.

“The child vomited after eating the eggs and then went back to bed. The other two also ate eggs prepared with the same dishes.”

Urine tests on all three patients confirmed they had consumed ketamine. Hospital staff managed to revive the boy and woman.

But the baby suffered permanent damage to an area of the brain that controls muscles.

However, doctors said this was not causing any visible problems and her overall recovery had been miraculous.

The case is reported in the Journal of Neurosurgery: Paediatrics.

It is so unique the team released X-ray images to warn of the dangers of recreational ketamine.

Latest Home Office figures suggest about 95,000 Brits a year use it.

Initially, carbon monoxide poisoning was suspected. Then police realised all the victims had eaten from dishes on which tobacco leaves had been soaked in the class B party drug.

Users apply a solution of the drug to the leaves and allow them to dry, resulting in a prepared dose in ‘ketamine cigarettes.’

Ketamine is mostly sold as a white powder snorted through the nose like cocaine. But some people smoke it.

The drug makes people feel euphoric by boosting blood flow to the brain. It can cause hallucinations and has been linked to dozens of deaths in the UK.

Dr Fulkerson said: “Ketamine abuse is increasing because of its popularity as a recreational party drug that induces relaxation and euphoria.

“In the United Kingdom, the number of ketamine-related deaths increased by ten times from 1999 to 2008.”

The baby was stiff and struggling for breath when she arrived at Riley Hospital for Children, Indianapolis. Scans revealed severe swelling in the bottom half of her brain.

This was blocking the normal flow of cerebrospinal fluid – a critical condition that causes rapid death. A drain was fitted to divert the fluid, prior to the skull operation. The bone was not replaced.

The infant’s neurological condition slowly improved, and life support was removed six days later. In two weeks she was participating in rehabilitation exercises and the drain was replaced with a small tube implant.

But her coordination was normal and, other than a minor speech delay, she was meeting all appropriate developmental milestones.

Dr Fulkerson said: “Clinically, the child made a remarkable recovery. One year after her presentation, she was ambulatory, moved all extremities symmetrically and had no spasticity.

“She has exhibited a mild speech delay, but otherwise has met all age appropriate developmental milestones. The tube has been removed and she is able to tolerate a regular diet.”

He added: “We are very excited the child has recovered well following this life threatening event.

“Unfortunately, we fear cases like this will continue to occur, as we have seen a dangerous rise in drug use in our state and in the nation.

“Innocent kids are often affected. We hope this case shines some light on this particular exposure and helps other medical facilities recognise these unique findings.”

Ketamine is registered for use in children, adults and animals as an anaesthetic, but only used in an emergency, because of its euphoric side effects. These have made it attractive to people seeking highs.

Dr Fulkerson said: “Ketamine abuse has increased significantly in the United States, the United Kingdom and many countries in Asia.”

Ketamine was first banned as a recreational drug in 2006. In the UK it was upgraded from a Class C drug to a Class B in 2014 after being linked to 93 fatalities in England and Wales between 2005 and 2013.

People caught with it now face up to five years in prison – and dealers up to 14 years.

Its mind-altering effects has made it popular. The hallucinatory experience is commonly known as being K-holed.

It was discovered in 1962 and was used in casualty clearing stations in the Vietnam war as an anaesthetic.

But it was not until the late 1980s and the arrival of rave culture it really took off as a recreational drug.

Overuse can damage the drug-takers’ bladder and liver.