Hasan Patel, 16, from Leyton, will start at the prestigious school, once attended by the likes of Princes William and Harry, next month. 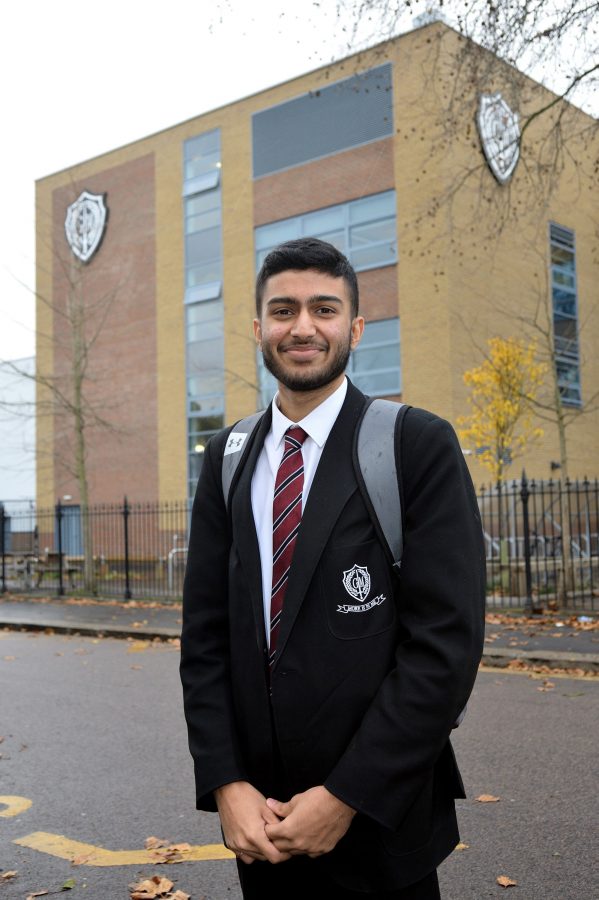 A teen from east London who shares a two-bedroom council flat with his parents and two brothers has scored the GCSE grades required to confirm his £76,000 scholarship to study at Eton.

Hasan Patel, 16, from Leyton, will start at the prestigious school, once attended by the likes of Princes William and Harry, next month.

The 16-year-old took his exams at George Mitchell School in Leyton, but is planning to study A-levels in history, geography, politics and drama when he gets to Eton.

He won his place at the school after a gruelling three-day assessment that included three entrance exams, seven interviews and a group interview.

To confirm his place, he had to score grades 7 and above in his GCSEs.

He got three 9s three 8s and three 7s in his exams, the equivalent of A or A* under the old system.

It is not the first time the teenager – who describes himself on social media as a “Corbynista” – has hit the headlines.

Last year at 15 he became the youngest ever speaker at a political party conference when he made a speech to Labour members in September.

Hasan said: “I was really nervous this morning when I came to get my results but it turns out there was nothing to be stressed about. I’m just really happy to have got into Eton.

“My school pushed me to apply for a scholarship, I would have never even applied, let alone get in had I been on my own.

“Now I want to use this opportunity to further myself academic career and build confidence in myself.

“I’m so thankful to George Mitchell because they help each student pursue whatever their interests or talents and achieve whatever they want to do in the future.”

He added: “I am very much there to provoke lively debate.

“I am a boy from a Leyton council estate who receives free school meals. My parents are on welfare and I share a room with my brothers.

“My dad was very smart and politically engaged but lived in abject poverty in India.

“The students at Eton are from the most privileged corners of society, we could not be any more different.

“My views may be different to them because my life experiences are very different. I think that is what impressed Eton, they wanted someone who could offer a different perspective.

“Eton is a place where they encourage debate, I genuinely believe I can offer something to the school.

“This opportunity will allow me to return to my community better armed to tackle the many social problems we face.

“I’ve been called a “champagne socialist” because I’ve been offered a scholarship to Eton, but I’m Muslim and most of us don’t drink and my free school meals don’t serve champagne.”

George Mitchell Headteacher Saeed Hussain said: “We are so proud of Hasan and what he has achieved. He has knuckled down and got the grades required to secure his place at Eton.

“This is an extremely talented, extremely bright young man with a huge future. He is a shining example to all young people that no matter your background, with the right support, there are no limitations.”

Hasan’s dad Abdul said: “I never thought when I left India in 1972 that my son would end up going to the same school that the English royalty have been to.

“All of his family are so incredibly proud of him and what he has achieved. We will miss him when he goes to Eton but going to this school will make a big difference to his future.

“We want him to go to Oxford or Cambridge. Being at Eton he will have a very good chance.

“He was always a very smart boy even when he was very young. At primary school he was the top of the class.

“When I was his age, I was the same. In India I was very engaged in politics, that was a long time ago now though.

“I guess you can say he gets it from me but he is also gone to a very good school which has encouraged him.

“If it was not for his headteacher Mr Hussain he would not have got the opportunity.”

Hasan lives in the flat with his dad, mum Aysha and two brothers Yusuf, 17, and Adam, 21.