A “pure evil” teenager who stabbed to death a “popular, likeable and harmless” 15-year-old boy outside his school gates has been jailed for a minimum of 14 years today. The 15-year-old masked killer who moments early had been laughing and singing ambushed Quamari Serunkuma-Barnes at the end of the school day. He was said to […] 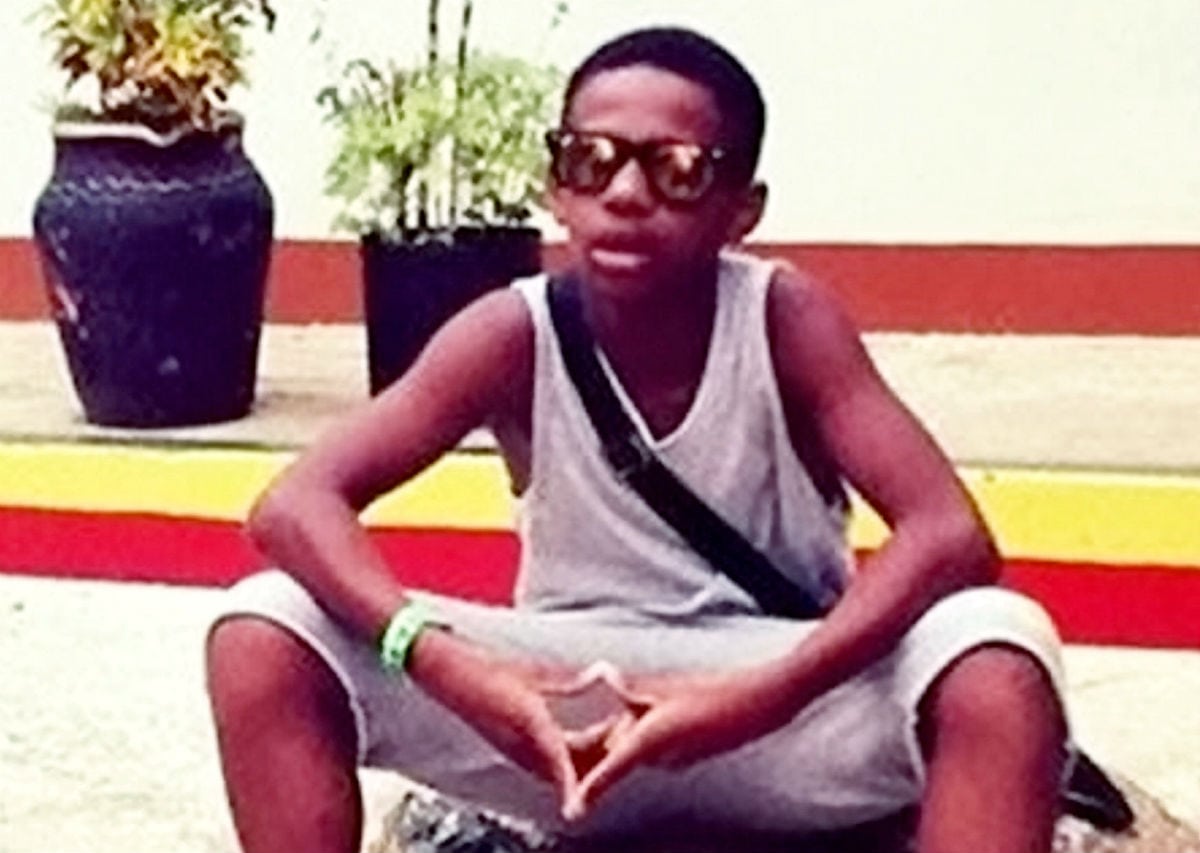 A “pure evil” teenager who stabbed to death a “popular, likeable and harmless” 15-year-old boy outside his school gates has been jailed for a minimum of 14 years today.

The 15-year-old masked killer who moments early had been laughing and singing ambushed Quamari Serunkuma-Barnes at the end of the school day.

He was said to have been influenced by violent rap lyrics when he chased Quamari armed with a large knife in front of horrified pupils.

Quamari had shouted for help and tried to escape but the killer, a keen amateur runner, outran and attacked him.

Quamari was stabbed three times in the back, shoulder and leg outside the Capital City academy in Willesden, north west London at 3.30pm on January 23 this year.

Passers-by tried to help Quamari, and he tried to talk and joke with them before he was taken to St Mary’s Hospital in Paddington.

He managed to tell a nurse the name of his attacker before he died four-and-a-half hours later.

A post mortem gave the cause of death as a haemorrhage and stab wound to the chest and left lung and he was the second teenager to be murdered on the streets of London in 2017.

Since his death, 16 more teens have been slaughtered on the capital’s streets.

As the teenager was jailed at the Old Bailey Quamari’s mother Lillian Serunkuma said he took her son’s life in a “cold and malicious” way and although he may be a child his “actions were pure evil.”

Passing sentence, he said: “Nothing I do or say can in any way lessen the impact of wha you did that day.

“Quamari was, by all accounts, a popular, likeable and harmless boy. And you lay in wait for and targeted him.

“This is in my judgment a bad case of its kind, as Quamari can have done nothing that merited an attack of this severity.

“His death was a product of a total lack of self control, combined with cowardice involved in knifing an unarmed victim.

“I hope for your sake that it is not too late for you to change, and I note that may just be that today you have started on that path.”

The judge said he agreed with the defence of “the potential of a malign influence of violent rap lyrics”.

He gave credit to the teenager for admitting his guilt in a letter passed to him shortly before the sentencing.

The teen, who wore a dark jacket and had braided hair, showed no emotion as he was led from the dock.

Onlookers in the public gallery wiped away tears as emotional statements from his family were read to the court.

The victim’s mother, Lillian Serunkuma, in avictim impact statement said: “You never gave Quamari a second to even defend himself.

“At no time have we seen your remorse. Because of you, I have had to relive our son’s death, every day over and over again, for justice to be served.

“You have a future regardless of your sentencing. You stole our son’s future when you felt entitled to take his life.

“You are a child, but your actions were pure evil. Life will never be the same.

“The devastation you have caused could never be quantified. Your actions have stunned everyone.

“He loved school and enjoyed being there, while you had so much idle time on your hands, waiting to cause destruction. It should have been recognised, and flagged up the danger you are.

“It saddens us to think there are young people like you who blatantly disregard a life.”

His sister Lavina said: “This tragedy has affected our family on an extremely deep level. It breaks our hearts every day, as all we have left is our great memories.

“Everyone that loved Quamari also feels robbed of an amazing, soulful person.”

She said he played a “fatherly figure” in the lives of his two nephews and niece, who had been “robbed of an amazing uncle”.

She added: “Quamari’s passing had a huge impact on our community. Parents are now scared for their young boys’ lives.

“Quamari was loved by all and respected by peers for his wisdom. Justice should prevail.

“So many young lives leaving school had no choice but to witness a brutal murder in broad daylight.

“This has impacted on so many people. He needs to know, just like others who do this, that this is just not acceptable.”

Quamari, from Muswell Hill, north London, recognised his killer and gave a nurse, who burst into tears during the trial, his first name shortly before he died.

The killer was also recognised by a pupil who witnessed the attack, and mobile phone data confirmed he was in the area at the time.

The teen has now admitted stabbing Quamari, and that he knew who he was, the sentencing hearing was told.

Sally O’Neill QC, prosecuting, said: “There is absolutely no evidence or intelligence to suggest Quamari was anything to do with any sort of gang himself, or associated with it.”

Quamari’s school painted a picture of him as a “happy, hard working and sociable” pupil, she added.

The killer has a string of convictions, including for battery, robbery and GBH, and for taking a knife to school when he was just 13-years-old.