They are asking the council to find them a home. 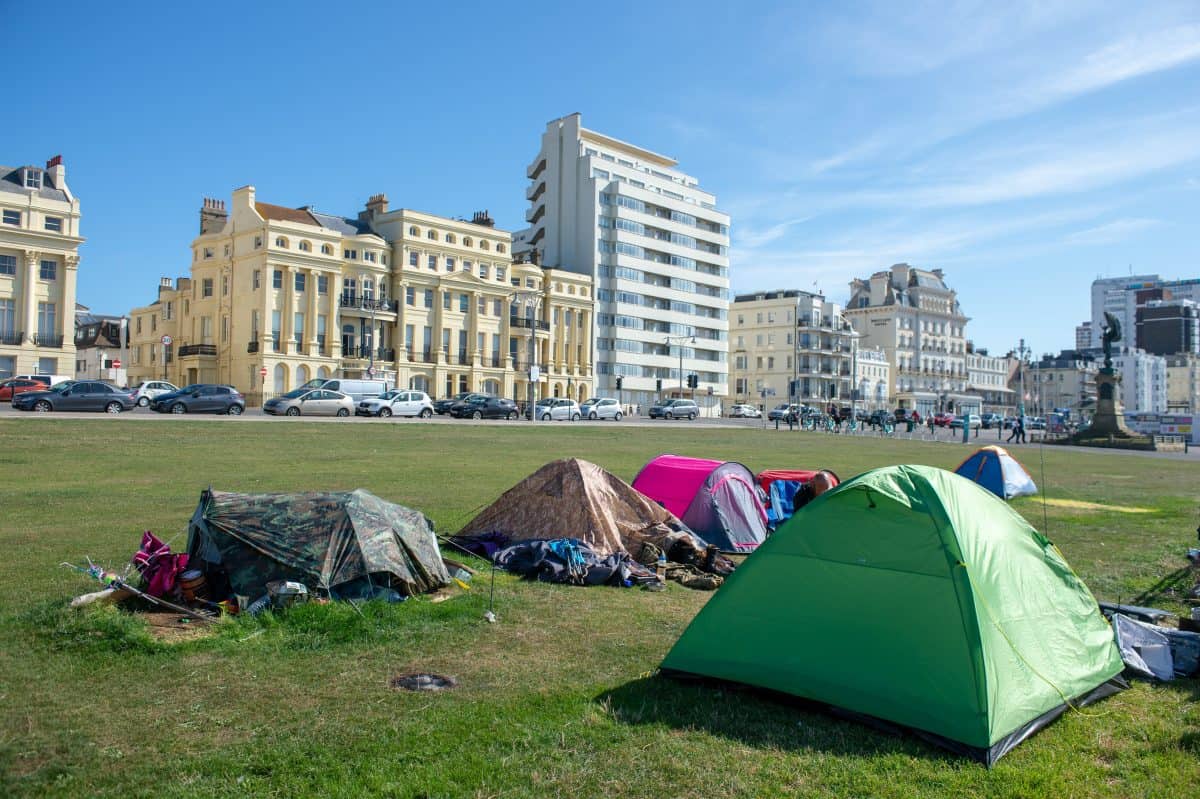 The leader of the encampment, a 52-year-old Irishman who goes by the name ‘Mr Dogg’, has been living at the location for three months.

Several residents have complained about the homeless tent city, raising concerns about anti-social behaviour, health and safety, and the welfare of occupants.

Brighton and Hove City Council have filed a court orders to remove the encampment of at least eight tents, barbecue and camping chairs.

“We’ve been accused of all sorts – drug dealing, barking dogs.

“I’m surprised we haven’t been accused of starting the Great Fire of London.”

The court date, set for 2 September, will request the homeless campers move their tents from Hove Lawns.

Mr Dogg, however, denies any of the people in the encampment are drug dealers.

He said: “We push on anyone that causes any trouble.

“We don’t need that kind of advertising.”

The former cook has been living on and off the Brighton streets for the past nine years accompanied by his two beloved dogs Piccolo and Cymro.

“I walk 300 metres with a bashed up leg to do this recycling.

“It’s not if I’m just dossing about and causing a mess. I’m dossing and cleaning up other people’s mess.”

He said the only way he’ll move is if the Brighton and Hove Council give him a flat.

He added: “I just want four walls, a door and a roof so I can get on with the rest of my life.

“People complaining, mind your own. I’m minding mine. To the council, a flat please.”

A Sussex Police spokesperson said: “We are aware of their presence, but we have had no reports of any criminal activity.”

Brighton and Hove Council have been approached for a comment.