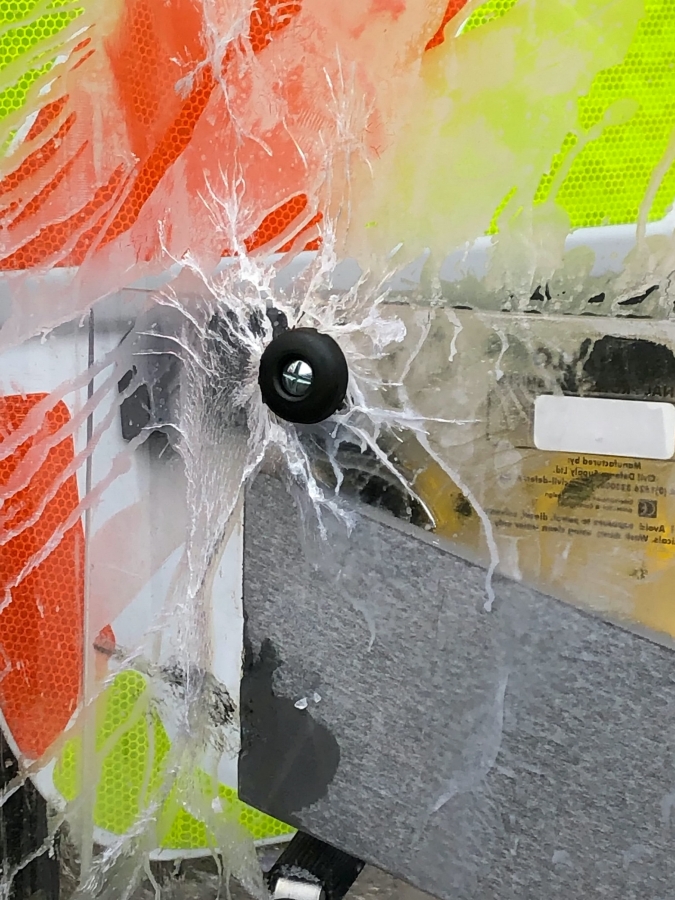 Police officers were forced to protect themselves with riot shields when a thug bombarded them with acid and chemicals.

The appalling attack in Birmingham happened less than 24 hours after a traffic cop was almost killed when he was mowed down by his own patrol car.

West Midlands Police tweeted pictures of the damaged shields which were spattered with harmful chemicals on Sunday (11/8).

The force tweeted: “This is what our officers have had to deal with this afternoon.

“U4B involved in detaining a violent male who had barricaded himself in a premises.

“After officers forced entry he attacked them with physical violence and threw unknown chemicals at them.”

Ambulance and fire crews also scrambled to the scene of the incident.

It is the latest terrifying attack on police in Birmingham over the weekend.

On Saturday afternoon PC Gareth Phillips, 42, was reversed over when his police BMW was carjacked on Moorcroft Road, Birmingham.

The veteran officer was rushed to hospital with life-changing injuries including a smashed pelvis and remains in intensive care.

On Monday (12/8) Mubashar Hussain, 29, appeared in court charged with the attempted murder and other motoring offences.

A second man, 24-year-old Ahsan Ghafoor, of no fixed address, has been charged with the same two car thefts, plus dangerous driving and other motoring offences.